The Independent News
Home News SG Economy Singapore or Israel: We think none of them are smart and this...

Singapore or Israel: We think none of them are smart and this is why 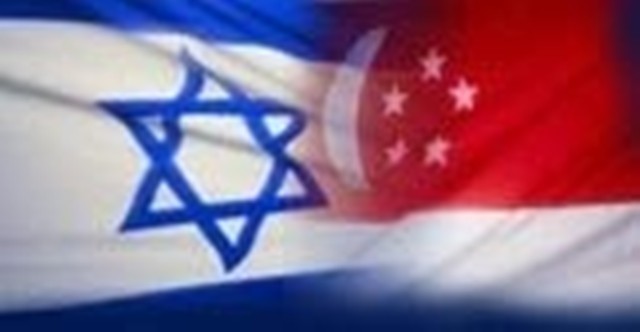 A World of Future exclusive:
Singapore Prime Minister Lee Hsien Loong showed his appreciation of the Israeli nation, whom he classified as smarter than his own people, Singaporeans.
He cited the Nobel Prizes won by Israelis in particular as the example of their smartness.
There is a whole different story behind the Nobel prizes though, and we are not going to write about them today.
PM Lee is being trolled by the opposition Singapore Democratic Party (SDP), who’s Dr Paul Tambyah spelled out his disagreement with the Singaporean PM, saying Israelis are not smarter since they did not live in peace with their neighbours.
Well, he did not put it exactly that way, rather putting Singapore in the forefront with the fact they do live peacefully among their neighbours.
While PM Lee went all the way to narrate the well known Jewish stories how they left Russia with their violins and other musical instruments and small possessions to go to Israel, Tambyah stuck his criticism of the latter to the regional factor.
Now, who is really smarter? Singapore or Israel?
The point of the matter is, whether it was smarter for the Israelis to establish a state right in the middle of the Muslim world, knowing the historical consequences of this act?
Whether it was smart to get rid of Palestinians who were living in Palestine for generations, well before the migrant Jews?
Is it smart to use the Jewish religious book to justify the current state of affairs in Jerusalem, or in Israel, which remains an occupied Palestine?
Those were not smart moves, as proven by the decades of violence that rocked ‘Israel’.
What about Singaporeans? How smart are they?
Well, to the least, we know the Singaporean ruling class are probably the smartest in their class, on a global scale.
They established a system where apparently only the People’s Action Party (PAP) will be in power, whatever you do.
They have the constituencies, and the Group Representation Constituency (GRC) is a type of electoral division or constituency in Singapore in which teams of candidates, instead of individual candidates, compete to be elected into Parliament as the Members of Parliament (MPs) for the constituency.
And the PAP always win the GRC’s, which by all means constitutes the bulk of MP’s needed by the PAP to put itself well beyond its opponents in the race to the Parliament.
That is a real smart move, indeed, one that the Israelis have not thought of.
In Israel, it is simple. You are not allowed to be a candidate if you are an Arab who returned to occupied-Palestine. Undemocratic, some would say.
Singapore implements the meritocracy system. Long considered an integral part of the Republic’s success and development, meritocracy has increasingly come under fire, with many claiming it has instead created inequality and elitism, wrote todayonline.com.
In reply to the criticism, PM Lee made it clear: Singapore must have a certain natural aristocracy, he said.
The new oligarchy ruling the country has it all sorted out. They will probably never lose the elections, since no majority race in the country would dare elect the opposition members massively, for the fear of losing this autocratic rule.
Thus, Lee’s aristocracy call does not seem to be a smart move, according to citizen journalists and critics, but who cares?
A country need an aristocracy, and this was the case under communist rule in Russia, or Bulgaria and we are not going to name all the communist nations here.
Well, to the least, we know Singaporeans are not happy with the current state of affairs in their country. But that does not define their smartness, right?
However, the troubles Singapore is facing today defines the lack of smart measures by the ruling class.
The People’s Action Party (PAP) has ruled the country since it was given independence by the British and they continued their rule since the country broke away from Malaya.
Are they losing steam to the point that aristocracy is the answer to the problems faced by the country?
The web sphere is filled with criticism of the ruling party, and recent spat between siblings of the Lee Kuan Yew clan shows that not all are rosy in the tiny red dot.
For those who do not know, Singapore was called a ‘tiny red dot’ by a former President of Indonesia, Burhanuddin Habibie after a diplomatic-political row between the two nations.
Minorities are not necessarily always happy in Singapore.
Many says there is meritocracy, but there is no justice in the sense that the system does not cater for those who are left behind, and those who lags due to lack of educational progress.
And there are many other woes that are looming over Singapore, including its inability to cope with the dwindling global economy, which is forcing the nation state to rethink its otherwise well ‘thought’ and established economic system.
At this very moment, Singapore seems taken aback by the lengthy fall in the Brent Crude Oil prices, the slowdown in Malaysia while Indonesia’s closed door policy, and Thailand’s extended woes does not abode well for Singapore.
Is it a surprise the Singaporean authorities failed to predict the current economic downturn, and the lack of sparks coming from its neighbours?
Or is it the lack of ‘smartness’ that has caused this situation on Singapore?
Nevertheless, PM Lee has made it clear.
Singapore must have a certain natural aristocracy. Not a smart move, according to the Internet. Yes, the Internet, where most Singaporeans are exposing their disagreement with the country’s leadership.
—
By: Cordoba Ali – political analyst at worldfuturetv.com