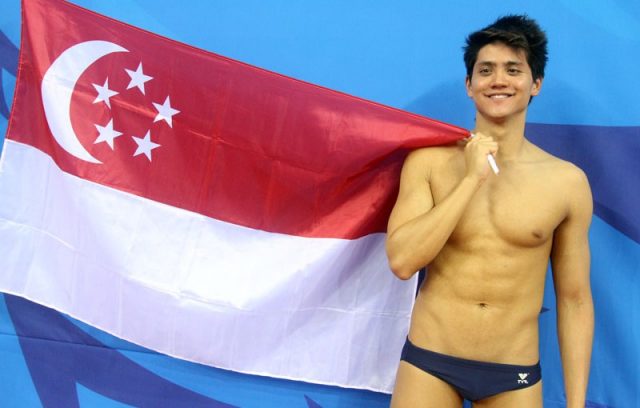 By: I am a Singaporean

I just read today that Joseph Schooling was granted national service (NS) deferment by the Singapore Armed Forces. He will have to serve after the 2020 Olympics in Tokyo.

Now, I’m for national service. There are many reasons why I believe in NS; those reasons are for another time.

I do however believe that some of us, the very few should be exempted, and Schooling is the perfect example. He just won the first ever Olympic gold medal for Singapore. That’s a big deal.

If he still has to serve NS after the 2020 Olympic, he may choose to renounce his citizenship. Even at that time, he’ll only be a 25-year old professional athlete, and there’s still plenty of room for growth.

NS, however, will hinder this growth. Serving his two years NS stint is bound to hinder his progress. Yes, he may be given a unique vocation in NS that will allow him to train every day. But this is not enough. Professional athletes need their coaches, special diet (The cookhouse is not going to cook him what he needs) and training equipment among many other things.

With an Olympic Gold medal, $650,000 in his personal bank account and the potential to win more medals; he would be welcome anywhere as any country would gladly accept him.

Let’s say he decides to move to Austin, Texas. He will have access to many benefits that Singapore cannot give him:

On the other hand, let’s say Schooling decides to stay and serve NS. He can still serve his country and try to be the world’s best athlete. Although would be the harder route, it is certainly not impossible.

If he decides to stay in Singapore, he can have a fantastic job after retirement from professional swimming. He could work for one of our top sports schools as a coach, go the corporate route and be executive for Singapore Sports Council or start his swim school here in Singapore.

Schooling could easily be a millionaire in a year with his swim school. Imagine all the local parents paying top dollar to send their kids to him. Starting a swim school in the US might be a bit tougher as he’ll face loads of competition. In Singapore, he’ll be in demand, since he was our first swimming golden boy.

Whatever the kid decides, he has my support, and I’m sure, the support of most Singaporeans as well.Follow us on Social Media