The Independent News
Home News Featured News Sheltered walkway roof crashes down for the second time in one month,...

Sheltered walkway roof crashes down for the second time in one month, endangering residents 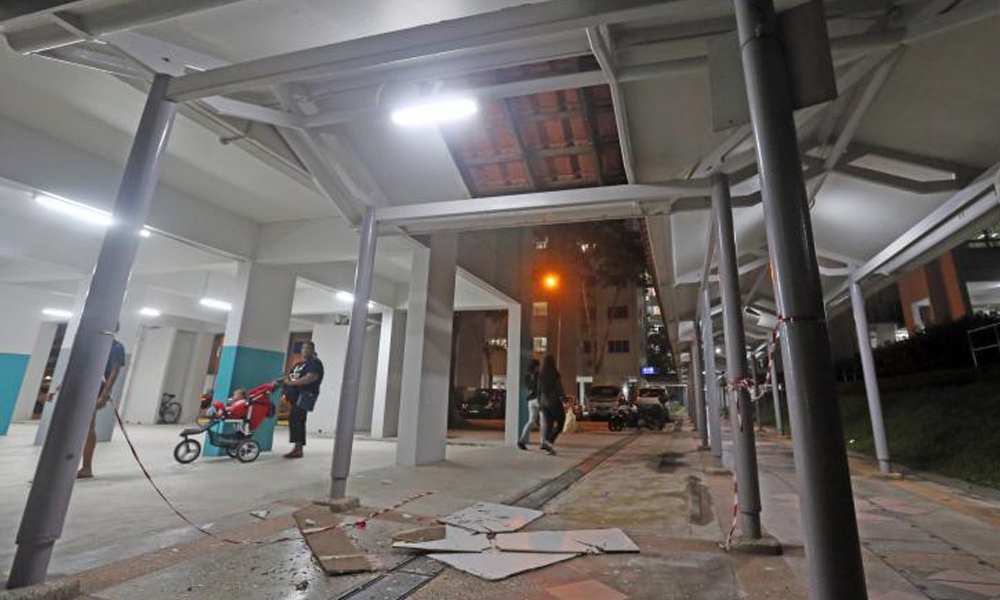 Yishun residents have been left worried for their safety after the roof boards of a sheltered walkway crashed down not once, but twice in the span of one month.

The sheltered walkway, which connects Block 438 and Block 439 Yishun Ave 11, is located near a school and a market. The exterior of the roof is tiled but the inner portion of the roof is covered with wooden boards.

The publication added that the boards that had crashed down were shattered and that there were wooden chips scattered on the ground. It also appeared that another wooden board that was still attached to the roof was crumbling.

A resident who has been living in the vicinity for the past five years told the Chinese daily that the wooden boards were only recently installed.

The resident, a 20-year-old student, said that he believes the wooden boards were installed to stop the leaks that occurred since the tiles could not adequately keep out the rain. He added that the exposure to moisture must have caused the boards to collapse.

Sembawang Town Council, which oversees the neighbourhood, has since confirmed that it is aware of the issue and that the cleaners have since cleared the debris. The town council added that the roof of the sheltered walkway was changed in Nov 2017 and that it is looking into removing the wooden boards for good.