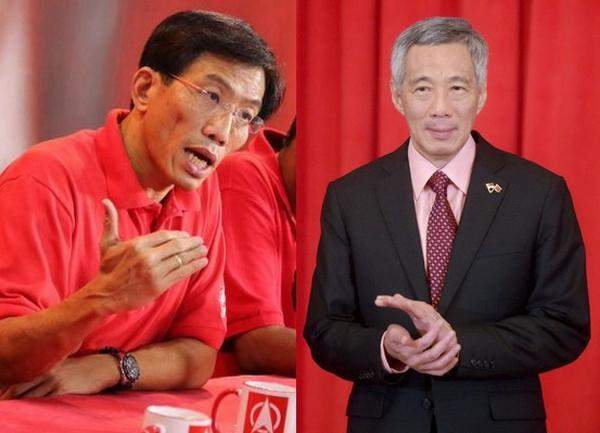 According to statistics he shared, in 2018, the number of youths (those below age 15), and the number of elderly (those above age 65) were the same. However, he added that by the year 2030, this number was set to double.

Quoting Prime Minister Lee Hsien Loong, who said that the ballooning aging population in Singapore would bring about “profound problems”, Dr Chee attributed this to a low birth rate and high emigration rate.

“The double whammy of low birthrate and high emigration is what is causing our population to shrink”, he said.

Dr Chee then explained that Singapore’s high cost of living and stressful lifestyle attributed to her low birth rate. The high emigration rate shared similar reasons to the low birth rate, and was also because of a lack of opportunity and a lack of democracy, he said.

Dr Chee Soon Juan shared statistics of the number of companies placed on a government watch list for not doing enough to hire Singaporeans. He said that while it was only 250 in the year 2017, it increased to 500 in 2018, and to 610 in the year 2019.

Citing anecdotal evidence, Dr Chee said that there were many unemployed Singaporean Professionals, Managers, Executives and Technicians (PMETs) who were senior executives and high-profile professionals who had resorted to jobs where their skills were underutilized. He attributed this to the current immigration policy.

Explaining that Singaporeans were not xenophobic, or against foreigners, he said, “what we are against is the overly lax immigration policy”. He called it, “a policy that is hurting us Singaporeans”.

Netizens who commented on Dr Chee’s post were very supportive of The Singapore Democratic Party and the points he raised. /TISGFollow us on Social Media