Schooling won! Thanks to brave sports officials like Jose Raymond we watched it “live” 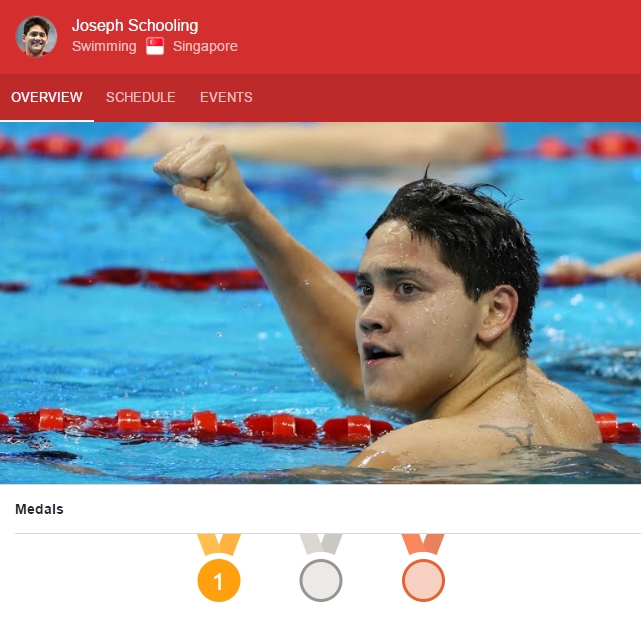 Earlier in the month Singaporeans voiced their unhappiness that they will not be able to watch their favourite sportsmen at the Rio Olympic Games because our local broadcasters could not secure “live” broadcast rights due to its exorbitant costs, and also because the Sports Ministry refused to step in with additional funding to secure the rights.

The Sports Ministry justified its decision saying, that the price escalation for the “live” telecast of Olympics in recent years was “neither prudent nor value-for-money”.

Sports Minister Grace Fu even reiterated the Government’s position that the non-telecast of of “live” action from Rio is a “commercial one”, and justified the delayed telecast saying that “it’s 30 hours away and the time zone is a bit different”, so many Singaporeans “will try to catch up and watch the Games at a later time.”

But once Mediacorp announced an eleventh-hour deal with rights holder Dentsu to broadcast the Olympic Games live in Singapore, she sang a different tune and said that she is “happy to hear that Singaporeans will be able to catch our athletes “live” in action at Rio on Mediacorp, now that the commercial partners have reached a deal.”

If not for brave sports officials like Singapore Swimming Association’s Vice-President, Jose Raymond, joining the chorus of Singaporeans to publicly criticise the Ministry’s decision, we may not have been able to watch “live” Singapore’s very own son – Joseph Schooling – making history by clinching the gold at the Games.

Also shame on Singapore’s Ambassador Bilahari Kausikan who suggested that people are not going to stay up until the wee hours to watch the games, to support Ms Fu’s decision of a delayed telecast of the Games. His comments would have been more forgivable if he had not suggested that others were latching on to diehard sports fans for “live” broadcast of the Games for their own (political?) agendas.

Sports and politics should never mix. Schooling’s win only proves that there are enough local talents in Singapore, and that they will shine if the Singapore Government changes its attitudes towards them and create an environment for them to excel.Follow us on Social Media