Woman taken to hospital, mystery how she fell in canal

Singapore—A woman found lying face-down at the bottom of a large canal at Bukit Panjang late afternoon on Wednesday (March 10) was rescued by officers from the Singapore Civil Defence Force (SCDF).

In a Facebook post, the SCDF wrote that it had received a call for assistance near Block 510 Jelapang Road at around 5.50 pm on Wednesday afternoon.

After firefighters from Bukit Batok Fire Station used a ladder to get to the woman, a crew from Emergency Medical Services (EMS) determined that the woman had suffered injuries to her head, hip and legs, the SCDF wrote in its post, published late on Wednesday night. She was placed carefully on a stretcher by firefighters and rescuers from the elite Disaster Assistance and Rescue Team (DART) and lifted out of the canal safely with a hoisting system.

More than 10 officers helped bring her to safety. How the woman ended up in the canal is still unknown. 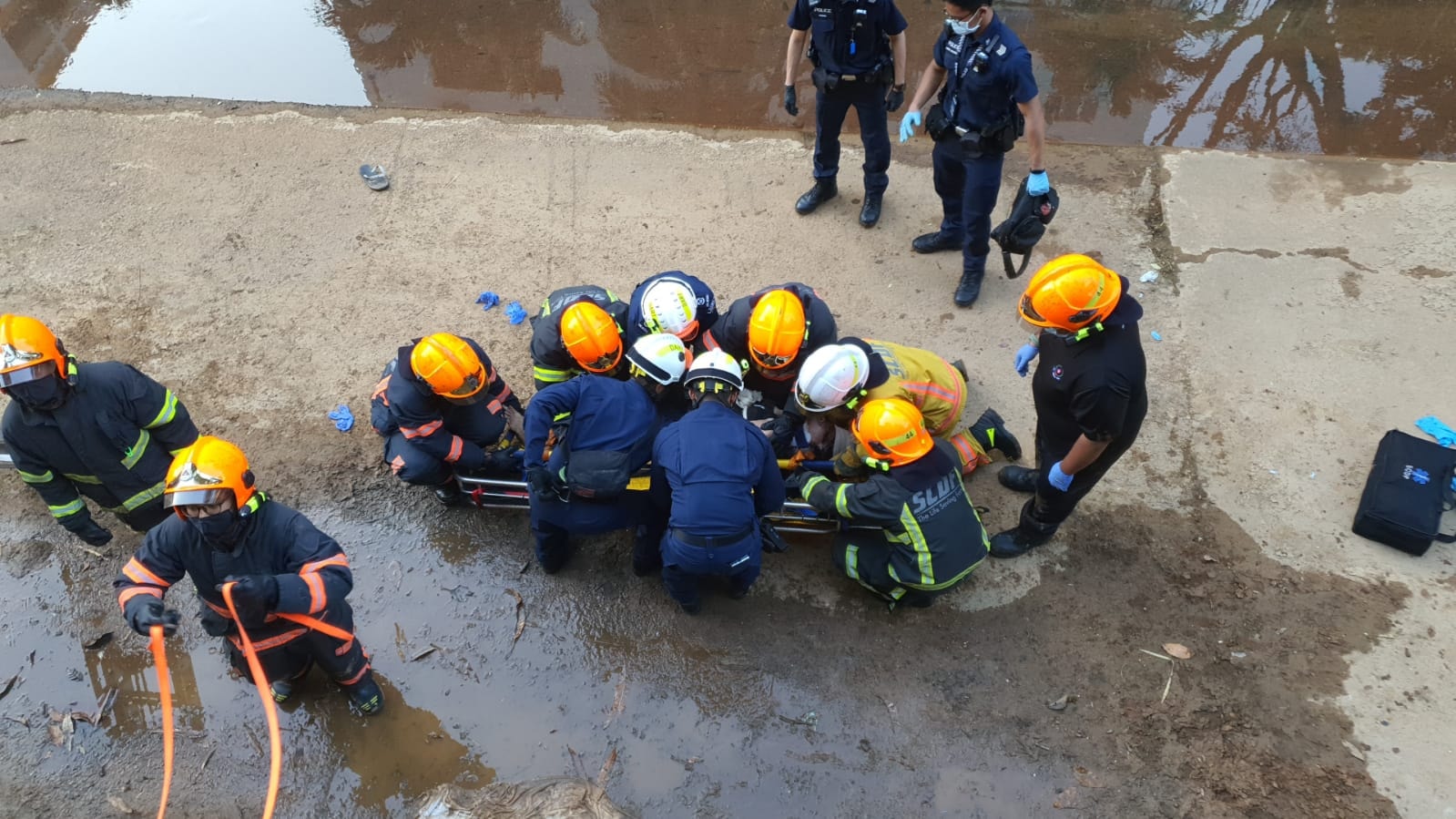 On March 6, officers from the SCDF also rescued a man who had been trapped in a fire in a unit on the 11th floor at Block 456 Ang Mo Kio Ave 10. Unfortunately, one woman perished in that incident. She had been found unconscious in a bedroom. Officers found that she had no pulse and was not breathing.

Read also: Woman dies after fire breaks out in Ang Mo Kio HDB flat due to ‘heaps of combustible items