Satirical posters poking fun at Singaporean politicians have been trending online after they were created and published by Facebook user Cinorom Elicebmi yesterday.

The ordinary folks in the stock images have been given speech bubbles by Cinorom, who writes tongue-in-cheek dialogue in the speech bubbles praising the leaders.

In one photo, two pedestrians see a poster of ex-President Tony Tan and discuss how loved he must be by Singaporeans since he received 99.99 per cent of the vote.

In truth, President Tan only received 35.20% of the votes in the 2011 Presidential Election, winning by a narrow 0.34 per cent margin over Dr Tan Cheng Bock. 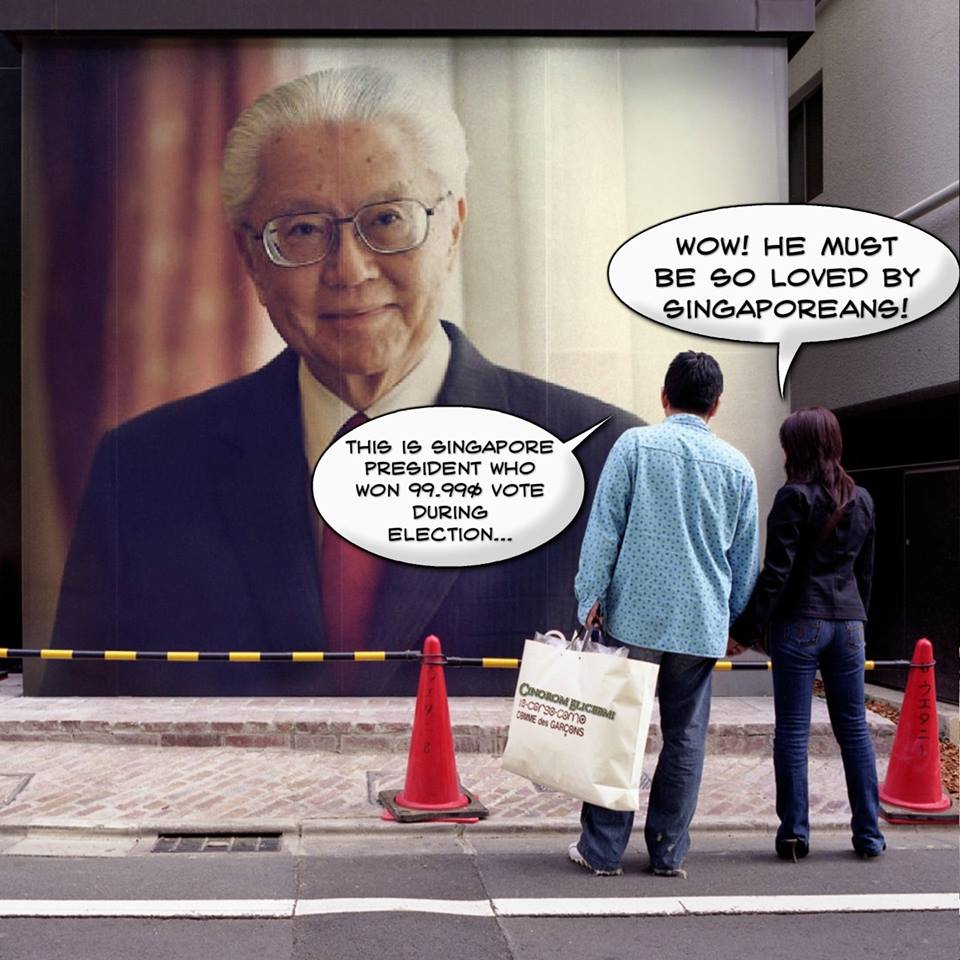 In another image, a man reading a newspaper article about PM Lee says, “When I Google “Honourable” he is the first to appear so proud of my Prime Minister.”

This cheeky caption refers to the Oxley Road saga that gripped the nation last year, when the Prime Minister’s siblings accused him of being a “dishonourable son” and alleged that he was trying to preserve their father, late founding Prime Minister Lee Kuan Yew’s home against his last wishes and that he used state organs to try to silence them. 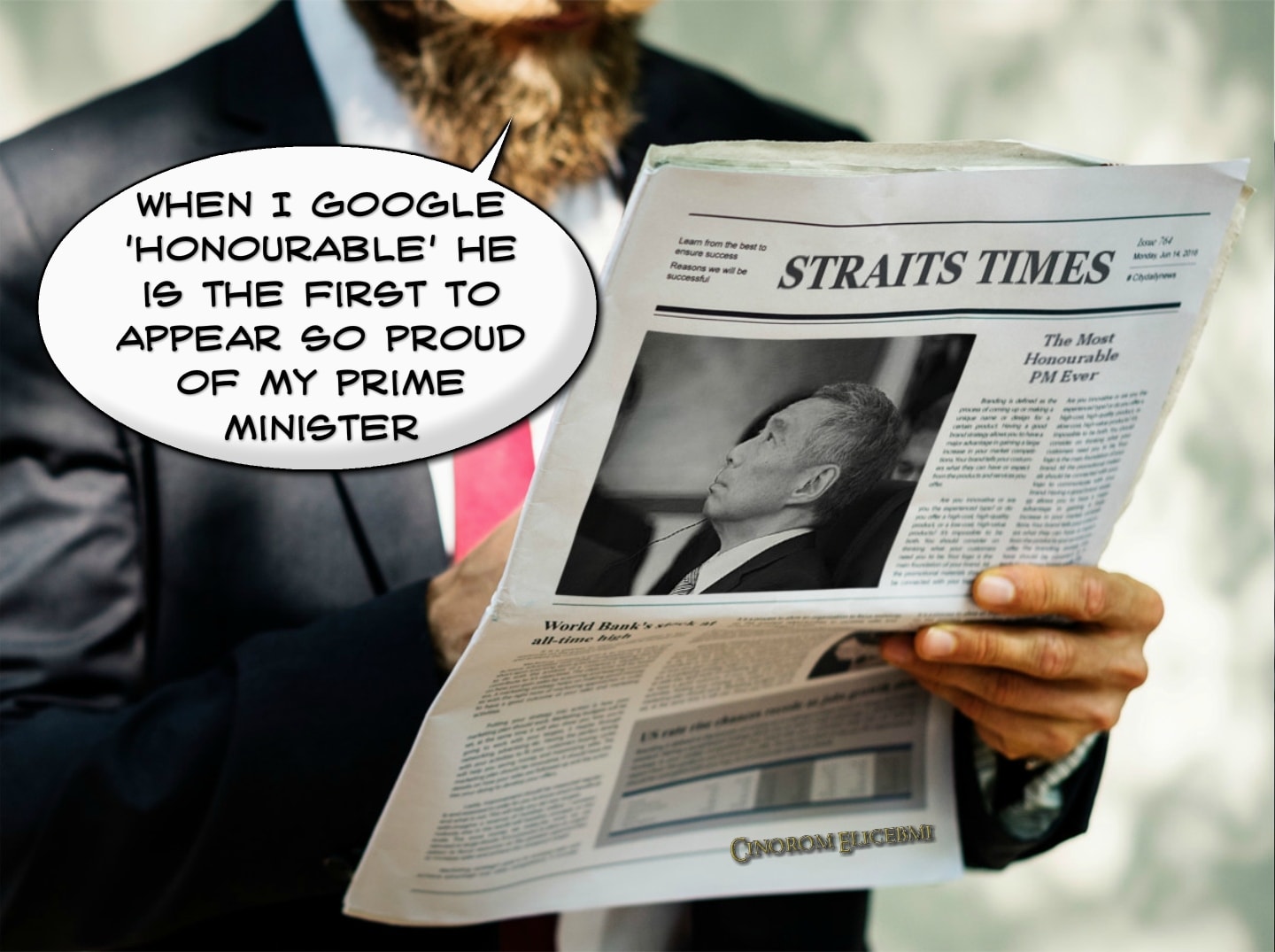 In another picture, Cinorom targets current President Halimah Yacob, whose photo is featured in a gallery in the meme as a woman marvels, “She is so popular that she doesn’t even need an election to be president. I admire her…”

Former ruling party politician Halimah Yacob vacated her positions as parliamentarian and Speaker of Parliament to contest the 2017 Presidential election, that had been reserved for candidates from the Malay community. 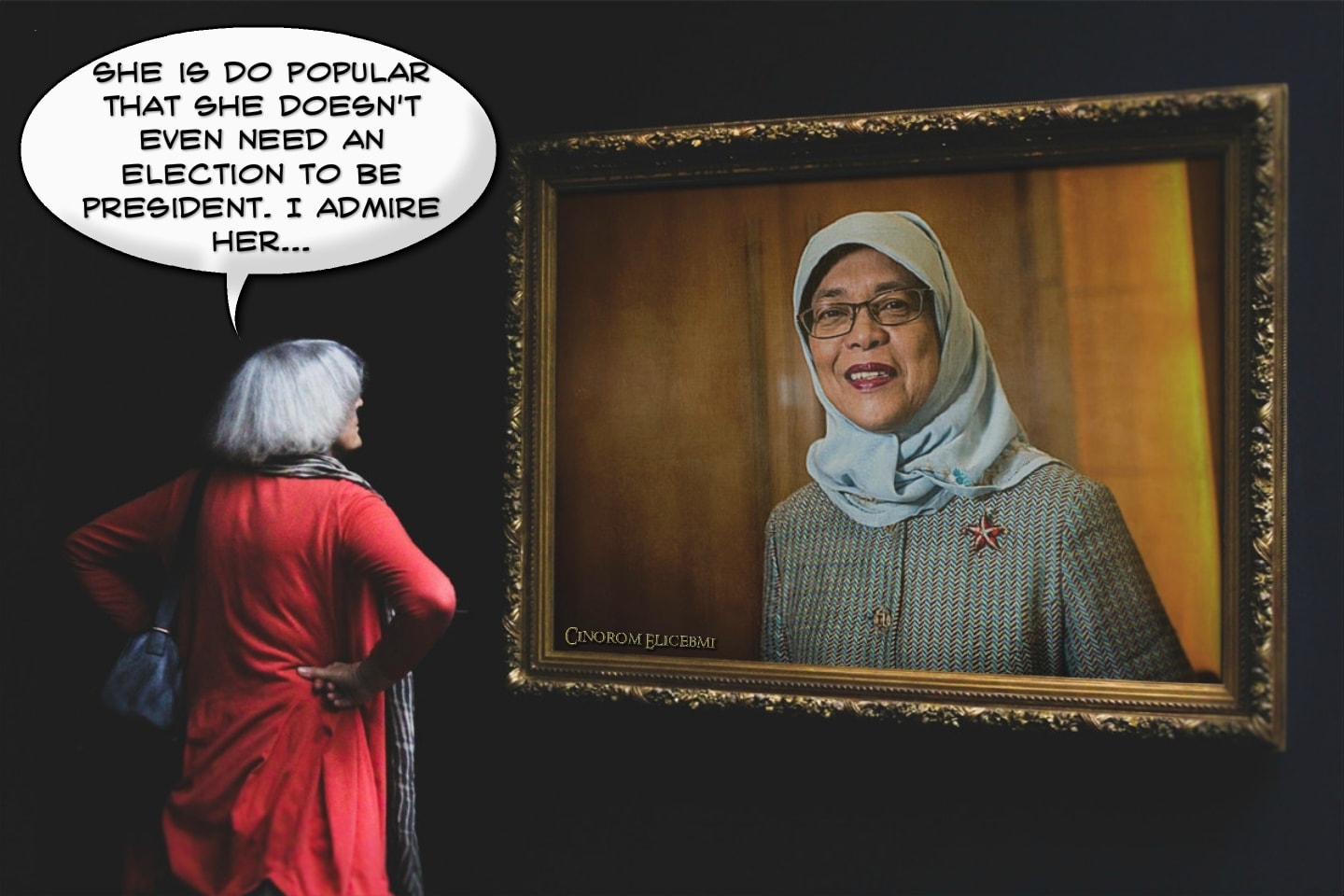 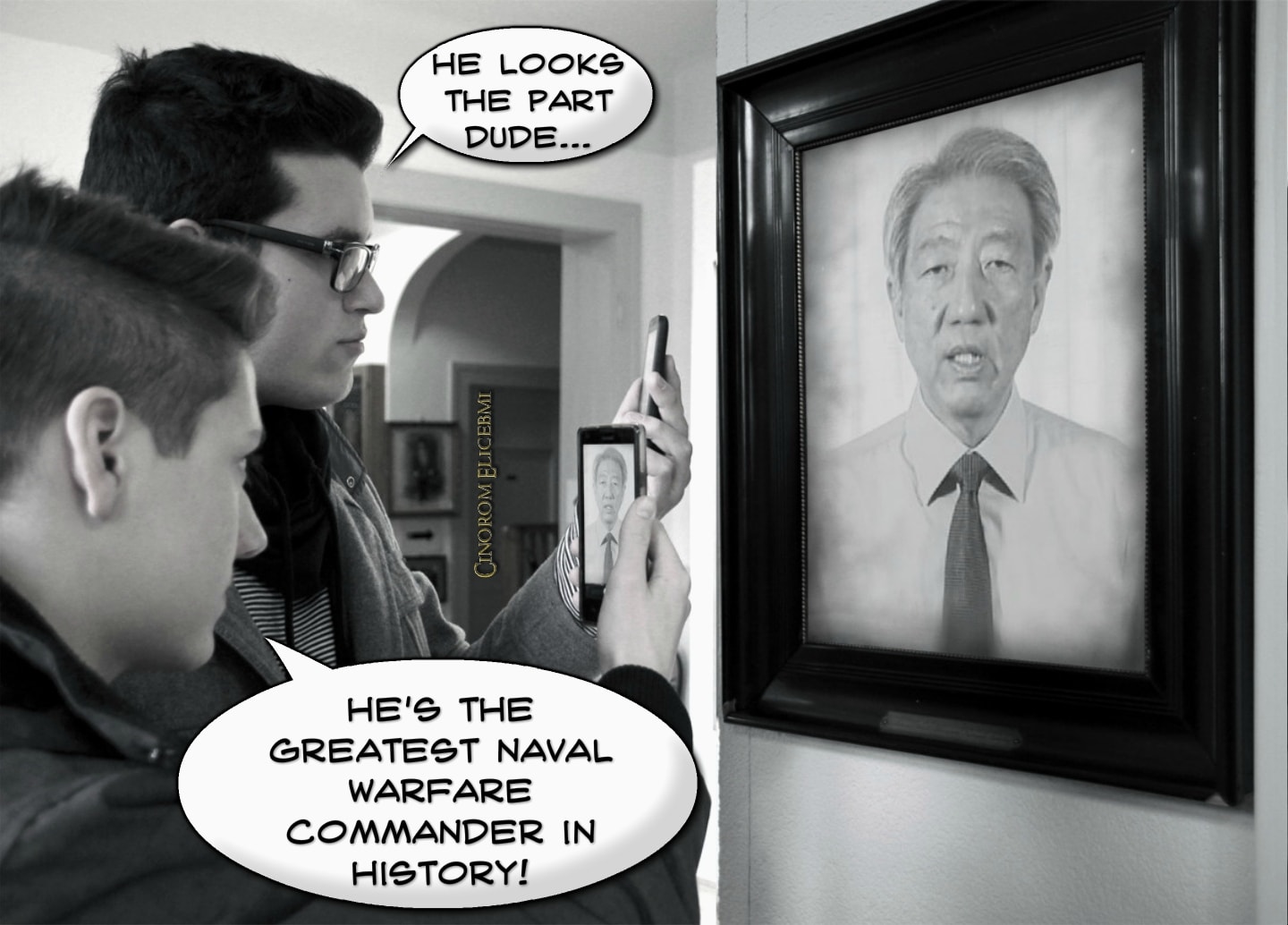 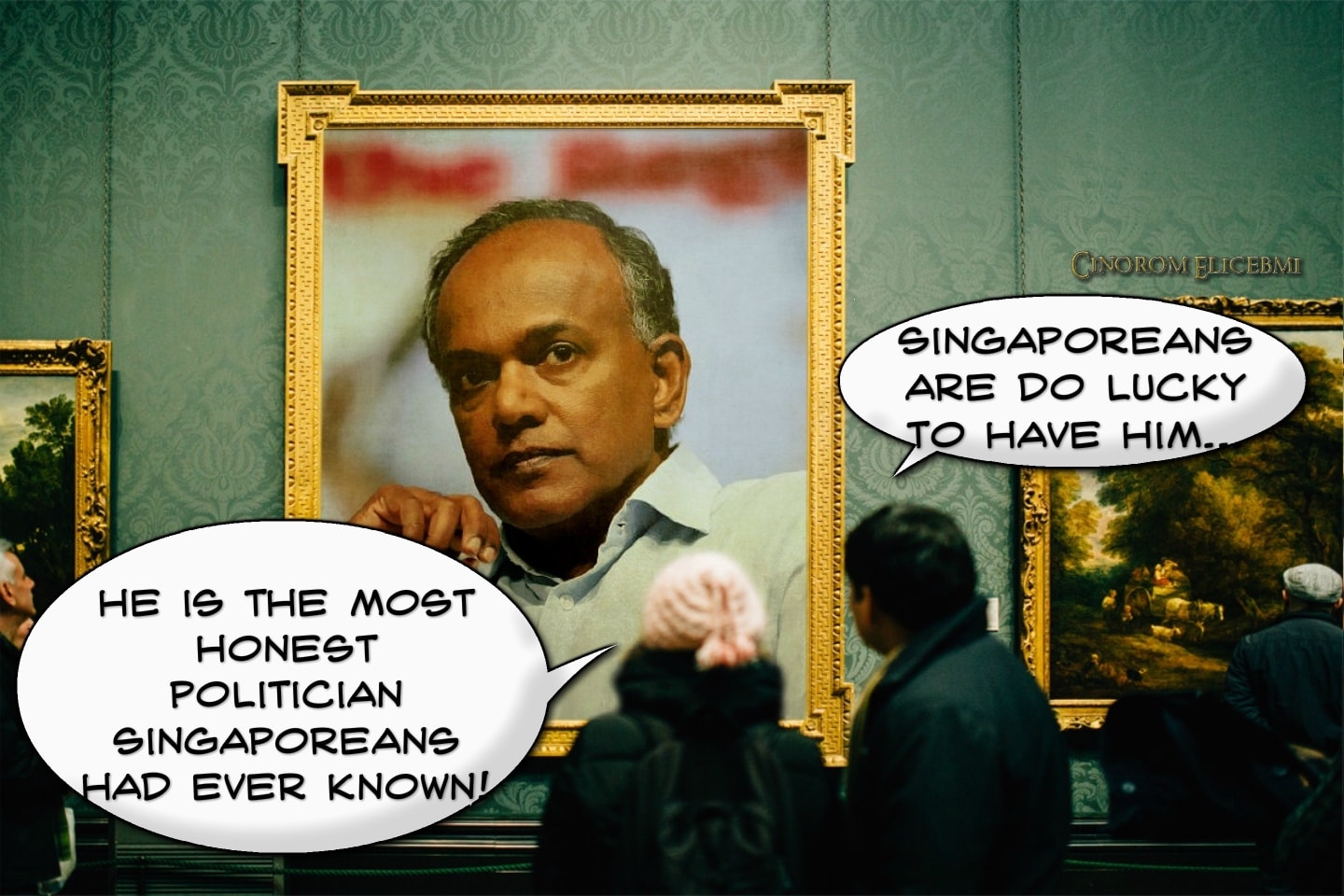 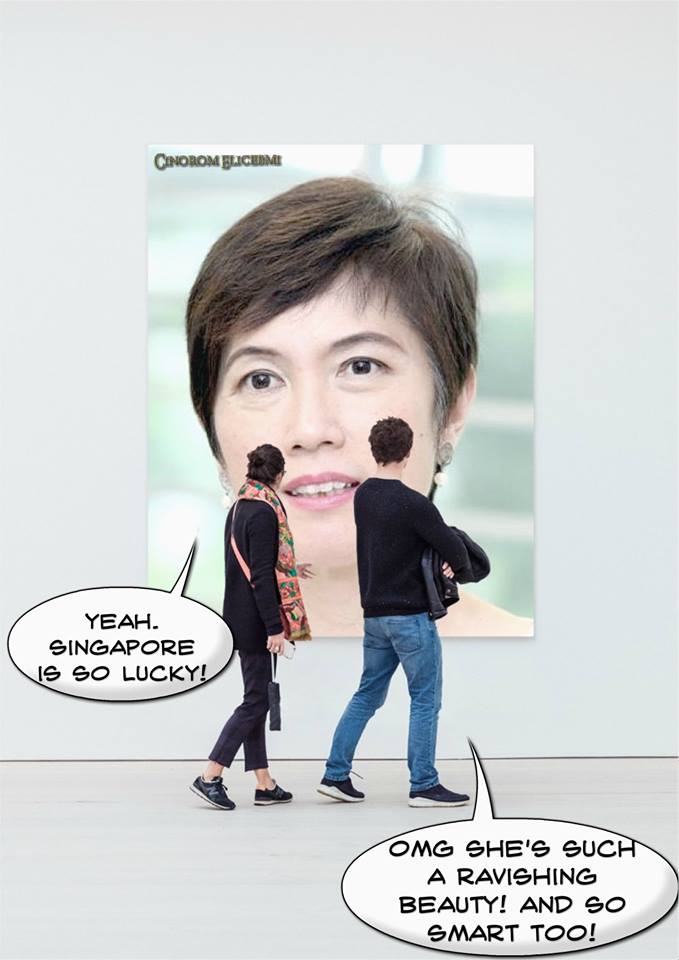 Cinorom’s post has been trending on social media since he uploaded the photos yesterday, garnering hundreds of likes and shares across multiple pages on Facebook:

…I swear that the photos that I shall take, shall be the truth, the whole truth and nothing but the truth, so you'd better help me God…