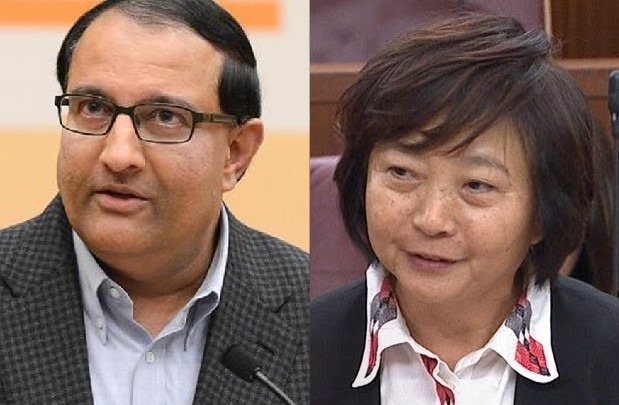 Minister for Communications and Industry S Iswaran has won widespread praise after a resident in his West Coast GRC ward shared that he spent quite some time with her group, discussing Section 377A and other issues, when they visited him at his Meet-the-People session recently.

The positive experience the resident had has drawn comparisons to the sour encounter another resident had at the Meet-the-People session in his ward when his MP allegedly snubbed him.

Early last week, Nee Soon GRC resident Edward Foo visited his MP, Er Dr Lee Bee Wah, to hand her a Ready4Repeal petition filled with over 800 signatures from her constituents. Foo alleged that Er Dr Lee refused to speak with him and refused to personally accept the petition, directing him to pass it to one of her volunteers.

After Foo’s account went viral online, Er Dr Lee clarified that she did not leave the room at Foo had suggested but had moved away to a different table to attend to another resident. The PAP Nee Soon Branch also issued a clarification:

“MP Er Dr Lee Bee Wah spoke to them briefly and moved on to speak to other residents about their issues.”

A day after PAP Nee Soon Branch responded to the issue, West Coast GRC resident Jolene Tan shared on Facebook that her MP, S Iswaran, stood in stark contrast to his ruling party colleague as he was not only willing to discuss Ready4Repeal with her but also took considerable time out of his Meet-the-People session to converse with her and her friends.

“Three of us went to see our MP, Mr S Iswaran, to discuss our concerns about Section 377A on Monday evening, in support of #Ready4Repeal. We were very grateful that he took time out of his MPS – almost an hour – to hear our concerns and discuss matters such as bullying, education, engagement and dialogue.

“We learned from the experience and we would encourage all members of society who have concerns about national issues to engage their parliamentary representatives.”

Chua Jiakai Jeremy: “If only LBW had shown such grace.”

Timothy Ang: “You all lucky wor, the other one MP siam her resident so fast wor, like seeing hantu”

Chen Chen Koh: “I have heard pretty nice things out Mr Iswaran, from folks who have worked with him.”

Hime Kang: “This makes LBW look rude in comparison sia. Yishun GRC folks, do you want someone like LBW to continue to represent your GRC? Do you think she have been doing a great job of managing your GRC so far? Think about it next time before you cast your votes for next GE.”

Charles Lee: “This, is what an MP has to do. That other one should get lost!”

Kevin Lee: “When a member of parliament actually gave a damn.”

Mathia Lee: “At least an MP who listens to the very real problems bullying and discrimination.”

Mei Ling: “Iswaran has shown he is a knowledgeable and compassionate person in past instances towards things in general. I have a good regard for him.”

Dinesh Bora: “Better than what a certain MP did. Kudos to him for listening.”