Erramalli’s personal details, as well as his alleged pay and education history, have been published online as netizens have asked his employer, global financial services company JP Morgan, to sack him 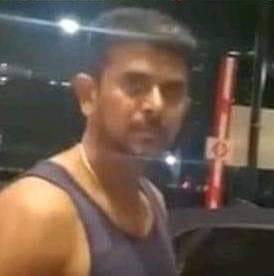 A police report has been made on the alleged doxxing of Ramesh Erramalli, the man filmed verbally abusing a security officer at his condominium over the Deepavali weekend.

The police confirmed on Tuesday (October 29) that a report against harassment was filed over the matter but did not reveal who lodged the report.

The report was supposedly made by the man himself, a report in the Straits Times stated.

Doxxing is the searching for and publishing of private or identifying information about (a particular individual) on the Internet, typically with malicious intent. The Protection from Harassment Act (Poha) has been amended to forbid doxxing, and those found liable can be be jailed for up to a year and fined S$5,000.

The video taken of Ramesh also had details of his place of residence and mobile number.

Erramalli’s personal details, as well as his alleged pay and education history, have been published online as netizens have asked his employer, global financial services company JP Morgan, to sack him.

Despite many netizens’ anger at the man’s behaviour, Senior Minister Tharman Shanmugaratnam urged the public to remain calm and let police investigations take their course.

In a Facebook post on Sunday, the Minister wrote, “We should absolutely avoid threatening or harassing the resident concerned. A police report has been made by the security officer, and we should leave it to the police to handle.”