Her former employer and YouTube condemn hate speech and racism Singapore — The YouTube channel of the woman who was filmed on the MRT asking other commuters what race they belonged to has been taken down for harassment. She also had her services terminated by the real estate company she was associated with.

Knight Frank Property Network Pte Ltd, which previously said it was investigating a woman claiming to be from Hwa Chong Junior College, posted an update on the matter on Facebook on Apr 27, saying that “an Associate” had been terminated from the company.

It said that the company has “zero tolerance for hate speech and racism that threatens the foundations on which Singapore is built,” and thanked those who submitted feedback on the matter.

The woman’s name was also removed from the Public Register of Estate Agents and Salespersons.

The 57-year-old woman uploaded a total of 29 videos since December 2016 in which she passed comments on strangers, who were usually Malay or Indian. 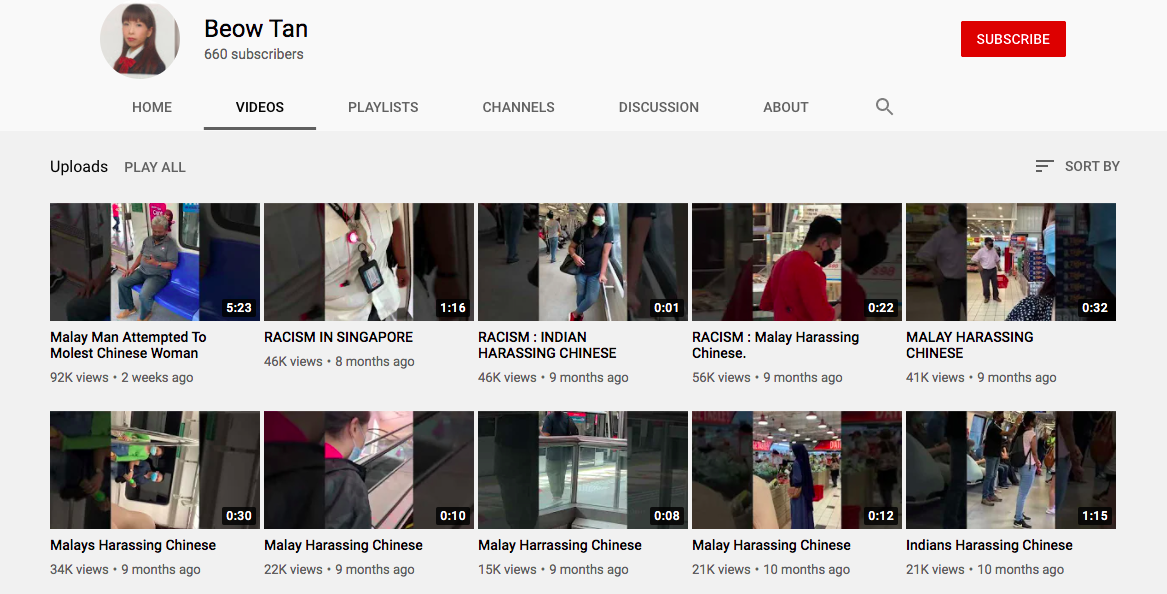 In some of the videos, the woman could be seen filming others without their knowledge.

In some of the other videos, she directly confronted the strangers, asking them what race they belonged to or making remarks about her education. Comments on all the videos had been turned off.

Beow Tan’s YouTube channel has been terminated for violation of YouTube’s policies against harassment and cyberbullying.

The YouTube spokesperson said:
“We have strict policies that prohibit harassment on YouTube, including content that maliciously insults someone based on their race, gender expression, or sexual orientation. We quickly remove content that violates these policies when flagged.”  /TISG