Many residents recognise Dr Tan, especially those who had received treatment at his former clinic in the area 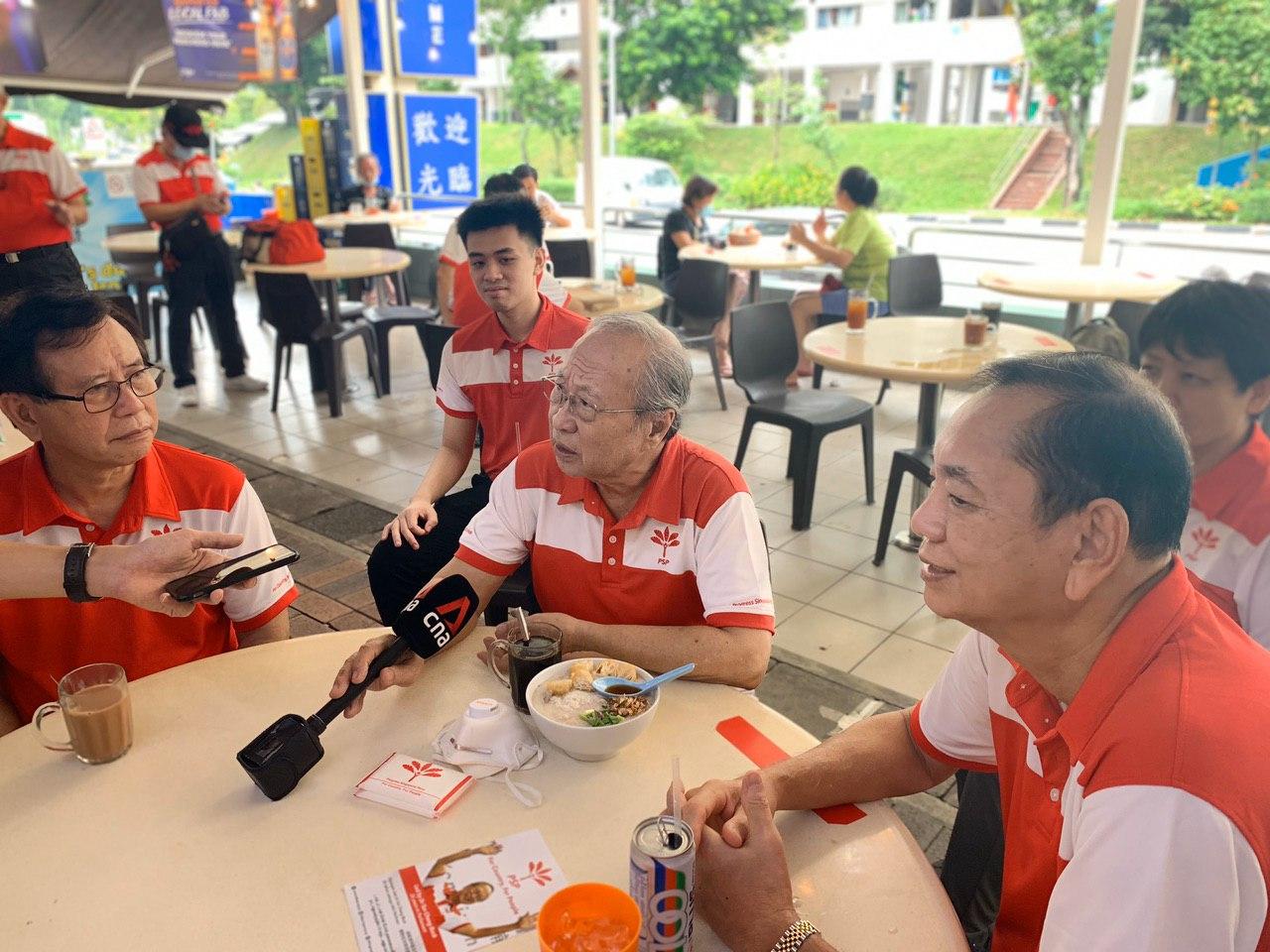 Written by Jillian Colombo and A J Jennevieve

Among them was Dr Tan Cheng Bock, the party Secretary-General, and Central Executive Committee members Abdul Rahman and Francis Yuen.

When asked whether he would be contesting in the constituency, Dr Tan replied: “You can speculate, but I may not confirm it.” He said that in order to know the ground it was not sufficient to visit one area and that multiple visits to different areas were key to understanding “every aspect of the ground”.

Mr Tan Meng Wah, a member of the party, agreed and added: “The first thing is to earn respect.”

PSP member Choo Shaun Ming, one of the youngest members in the party, was asked how the party could engage a younger crowd. He said the best way to do so was to engage  them through issues they resonated with, such as “climate change” or making sure there was “no discrimination, especially in the case of foreign workers”, and mainly to ensure an “equal society”.

Teck Whye is special to Dr Tan. His former clinic, the Ama Keng Clinic, was in the area. When asked how he felt about visiting the site of his old clinic, Dr Tan said that he “felt a bit of nostalgia”. Party members said that Dr Tan’s history of providing medical services in the area meant that they were warmly welcomed by residents during their house visits earlier in the day.

Mr Tan Meng Wah shared: “When we were walking around, we could see people coming to Doc to show respect from the bottom of their heart.” Mr Rahman added that, with Dr Tan as the face of the party, there was immediately “rapport and interaction” with members of the public.

Mr Choo said that, during the walkabout, many residents recognised Dr Tan, especially those who had received treatment from him.

Currently, Choa Chu Kang is a four-member Group Representation Constituency under the People’s Action Party. During the 2015 elections, the GRC was contested between the PAP and the People’s Power Party led by Mr Goh Meng Seng.

Could this be an arena for a three-cornered fight in the coming elections? /TISGFollow us on Social Media