Priyanka Chopra invites you inside her new Indian restaurant Sona. See what’s on menu, check out pics of interiors 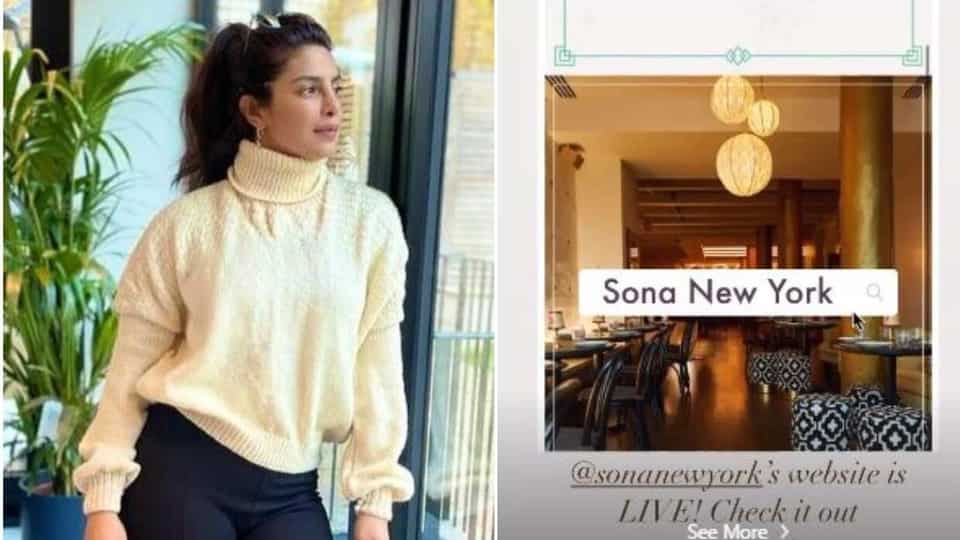 India — Priyanka Chopra‘s new Indian restaurant in New York City, Sona, now has a website. And on that website are pictures of the restaurant itself.

Priyanka unveiled Sona earlier this month, and wrote about it in a social media post. “SONA reimagines the wonders of Indian fare in a space that evokes a bygone era of a boisterous yet elegant India-all within the heart of New York City,” reads the description on the website. Sona has a ‘private dining room’ named Mimi, which is Priyanka’s nickname.

The restaurant’s official Instagram account also showed off a couple of signature dishes. “At last, a sneak peak of one of Chef @harinayak’s signature items on our menu. Kofta Korma [Dancing Ewe Farms Ricotta Dumpling in Cashew Sauce] accompanied by Chili Cheese Naan,” one post was captioned.

Announcing the restaurant, she’d written in an Instagram post, “I’m thrilled to present to you SONA, a new restaurant in NYC that I poured my love for Indian food into. SONA is the very embodiment of timeless India and the flavours I grew up with. The kitchen is helmed by the incredible Chef @harinayak, a masterful talent, who has created the most delicious and innovative menu, taking you on a food journey through my amazing country.”

She continued, “SONA is opening later this month, and I can’t wait to see you there! This endeavour would not have been possible without the leadership of my friends Maneesh Goyal and David Rabin. Thank you to our designer Melissa Bowers and the rest of the team for realizing this vision so clearly.”

The actor has her plate full. She starred in back-to-back Netflix films We Can Be Heroes and The White Tiger a few months ago, and then immediately flew to London, where she filmed her romantic drama Text For You. She also completed filming her scenes in The Matrix 4, and is currently shooting for the Amazon Prime Video spy series Citadel, executive produced by the Russo brothers.Follow us on Social Media