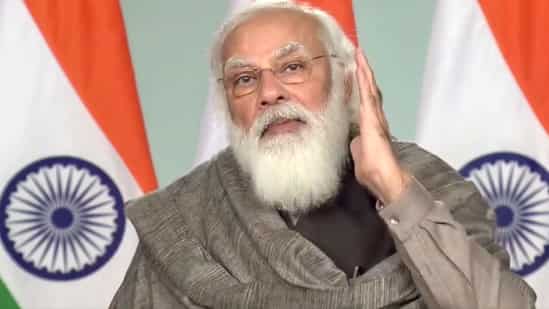 Kolkata — Prime Minister Narendra Modi on Sunday drew criticism from the ruling Trinamool Congress (TMC), the Left and the Congress for accusing the three parties of getting into a “match-fixing” arrangement to defeat the Bharatiya Janata Party (BJP) in the assembly polls due in April-May in West Bengal.

“Our fight in Bengal is with the TMC but also with their hidden friends. You must have heard of match-fixing in sports. The TMC is also into a match-fixing with the Left and the Congress. They meet secretly behind closed doors in Delhi and make plans. In Kerala, the Left and the Congress come to power for every alternate five years. They say to each other ‘You loot for five years and we will loot in the next five.’ We have to be careful about this. We have to warn everyone,” PM Modi said at a BJP rally in Haldia in Bengal’s East Midnapore district.

The Prime Minister came to Bengal for three-and-a-half hours to inaugurate some important road and gas projects. He made the remarks at a BJP rally that he addressed before heading for the government programme.

PM Modi also held the three parties responsible for the woes of the people and lack of development in Bengal.

“The Congress regime in Bengal was marked by corruption and the Left added atrocity to this when it came to power. Violence and corruption reached a peak during the Left regime. At that moment, Mamata Banerjee raised a cry, seeking a change in the regime. This drew the attention of the nation and gave birth to hope among people. But the state became a victim of her politics. The very first year of her regime proved that there was no change. It was a rebirth of the violent regime. It was an attack on democracy. Hence, poverty increased, old industries shut down and new projects never came up,” said PM Modi.

“What Modi said is baseless and impossible. On the contrary, I have proof that the BJP had a secret arrangement with the Left in the 2019 Lok Sabha polls. Some CPI(M) leaders took the money and transferred their votes to the BJP,” said Roy, referring to the BJP’s win in 18 of the state’s 42 Lok Sabha seats, marking a record, and the CPI(M)’s vote share going down to 6.34 per cent.

CPI(M) legislator and leader of the Left parties in the Bengal assembly, Sujan Chakraborty dismissed all the allegations, saying PM Modi’s comment at a political rally proved that the BJP is scared of the Left-Congress alliance.

“The Left parties are supposed to have been reduced to a nothing according to the BJP. Why in that case is the Prime Minister talking about the Left and the Congress? It is a proof of the BJP’s fear or it is scared of the Left-Congress alliance? We are aware of the secret arrangement the BJP has with the TMC. It is TMC that helped the BJP rise in Bengal in exchange for favours,” said Chakraborty.

Congress legislator and leader of the opposition in the Bengal assembly, Abdul Mannan also accused the BJP of having a pact with the TMC.

“It was I who moved the Supreme Court in 2014, seeking CBI probe into various chit fund scams in which many TMC leaders are accused. Why didn’t the BJP government at the Centre take action against them in seven years? This is the real proof of the arrangement the two parties have,” said Mannan.

Political commentator and columnist Suvashsis Maitra said, “By putting the TMC, Left and BJP in one bracket Modi tried to project the BJP as the only party against which all are united. It is also a way of showing the BJP as the sole force fighting for Hindutva.”