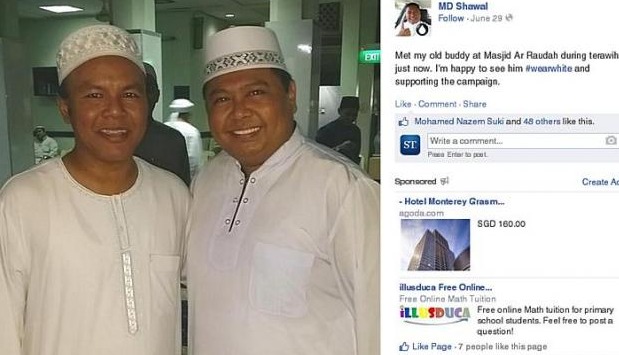 In his Speech in Parliament yesterday, PM Lee pointed out how members of Workers’ Party (past and current) tried to exploit race and religion for political mileage. He said:
“They also know that if they play racial politics during elections, then whatever votes they may win from one group will be at the expense of votes which they will lose from the other groups. Because in a multi-racial team, with a multi-racial electorate, you have to always strike that balance and internalise that balance within your team and amongst your voters.
“Of course, this has not stopped candidates from being naughty from time to time. In the 1997 General Election, you will remember Tang Liang Hong in Cheng San GRC. He made provocative, chauvinist speeches to appeal to the Chinese majority vote, outrageous statements but powerful. The PAP exposed him and the minorities swung solidly against Tang Liang Hong and his Worker’s Party (WP) teammates. They lost.
“In the last elections, some opposition candidates tried the opposite. They tried to exploit Islam to collect Malay votes. Some ostentatiously performed prayers in public before election rallies and posted photos of themselves doing so on social media. But beyond a point, they would have hurt their non-Malay fellow candidates in the GRC teams, and it would have cost them non-Malay votes. In the end, their tactic failed and their teams lost. So GRCs have kept our politics multi-racial.”
Tang stood as a candidate for the Workers’ Party in Cheng San Group Representation Constituency (GRC) with the Party-leader J B Jeyaretnam at the 1997 general election.
Mr Goh Chok Tong, Prime Minister then, accused Mr Tang of being a Chinese chauvinist whose views threatened the racial harmony of Singapore. Mr Tang did not say anything that seemed to champion the cause of the Chinese majority during the campaign.
The People’s Action Party (PAP) based their allegations particularly on a speech that Mr Tang made in August 1994. The PAP claimed those were views he held.
One publication describes Mr Tang’s predicament during that election period as such:
“A day before the elections (January 1), Mr Tang lodged a police report accusing Mr Lee (Kuan Yew) and other members of the PAP of a “criminal conspiracy” against him by defaming him and inciting religious groups to cause harm to Mr Tang and his family. The police did not take any action.
One day after the elections (January 3), the defeated candidate who lost by a slim margin, fled Singapore alleging he had received death threats.”
During the 2015 general election, pictures of WP’s Member of Parliament, Faisal Manap, and its other Malay candidates performing prayers before the opposition’s election rally started to surface in social media.


Faisal is the first and only Malay-Muslim opposition MP in Parliament. Faisal had previously said that he will speak up on “issues relating to the Malay-Muslim community, such as the “perceived discrimination against the Malays in the Singapore Armed Forces”, the decline in the Malay population, and the hijab issue, among other things”.Follow us on Social Media