PJ Thum fights back, calls allegations that he’s a traitor “ridiculous and unfounded”

Dr. Pingtjin Thum took to Facebook on Monday, September 3, to completely debunk the idea that he is a traitor to Singapore.

This latest post may very well be a response to a Facebook post by Member of Parliament Seah Kian Peng on September 1, wherein the MP stated, “It appears quite clear to me that PJ Thum does not wish Singapore well.”

Dr. Thum wrote, “Any notion that I am a traitor to my country is ridiculous and unfounded. I love my country and my people. I believe democracy, human rights, freedom of expression, and freedom of information will make Singapore and our world better. I will never stop fighting for a Singapore that embraces these values and respects the dignity and rights of each and every individual.”

He also posted a video of his talk at a forum in Johor Bahru, Malaysia on August 18 so that people could get the context of what he said.

The following day, Dr Thum put up a photo of himself with Dr. Mahathir on Facebook, writing, “I met with Malaysian Prime Minister Tun Dr Mahathir today. I urged him to take leadership in Southeast Asia for the promotion of democracy, human rights, freedom of expression, and freedom of information. I also expressed hopes for closer relations between the people of Malaysia and Singapore, and presented him with a copy of ‘Living with Myths in Singapore’.

Dr. Thum has been criticized specifically by Law and Home Affairs Minister K Shanmugam, who characterized Dr. Thum’s doings as “a little sad, a bit regretful.”  Mr. Shanmugam also said that a foreign politician should never be invited to intervene in our domestic politics, calling this “an absolute no-no.”

In his post, Dr. Thum also said “The solution to many of Singapore’s problems lie with Singaporeans. But that does not preclude us from learning from others’ experiences to make our country better. Human rights are universal, and we can always aspire to improve the quality of our democracy.” 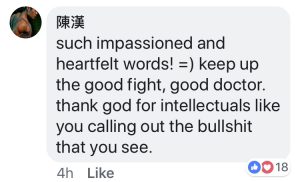 But there were also others who spoke against him. 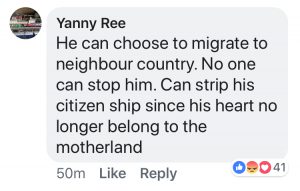 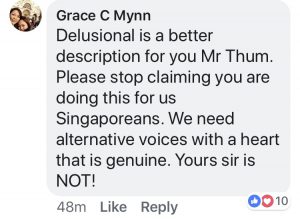 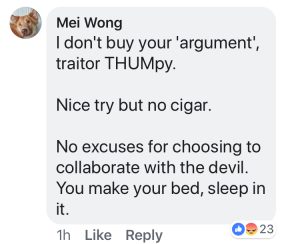 Others agreed with Mr. Shanmugan that it is uncalled for to bring in a leader from another country 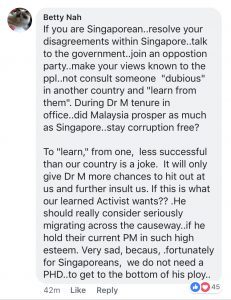