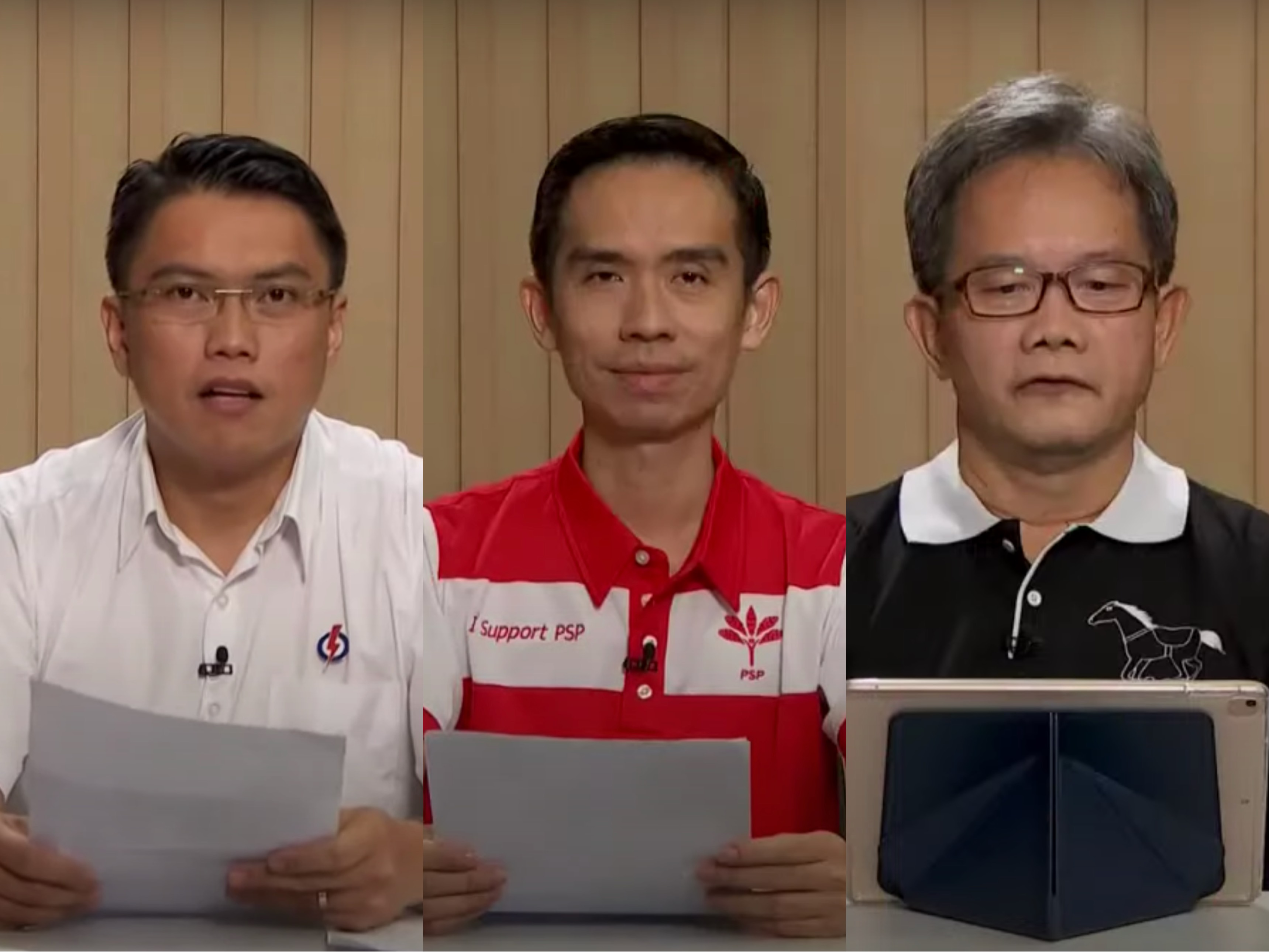 Singapore — The Pioneer SMC Constituency Political Broadcast was aired on Tuesday (July 7), with candidates from the People’s Action Party (PAP), the Progress Singapore Party (PSP) and an Independent appealing to voters.

This is the only SMC in the 2020 General Election to see a three-cornered fight.

PAP candidate Patrick Tay spoke first, sharing that he was a Civil Defence volunteer and was at the scene of the Hotel New World collapse in 1986, distributing food to people.

He also shared about his experience during the Sars epidemic in 2003. He was working in NTUC, under the surrogate employer programme, to help thousands of Singaporeans with skills training and upgrading.

Mr Tay emphasised that Singapore will be able to overcome this pandemic, just as it  overcame the Hotel New World collapse and Sars.

Wrapping up by speaking about local issues, Mr Tay introduced his local manifesto, which revolves around the themes of care, connect and create for residents in the SMC.

PSP candidate Lim Cher Hong, who was next, spoke mainly about the party’s beliefs and the changes that voting for it would bring about.

He highlighted that Singapore ranked 34th in the 2019 World Happiness report. He attributed this poor showing to the rising cost of living, foreigners taking PMET (Professionals, Managers, Executives and Technicians) jobs from Singaporeans, lack of job security, worry about retirement, children and elderly parents.

Mr Lim said that the country’s future was on the line and asked: “Do you want to continue to live with regrets for the next five years?”

Emphasising the importance of being honest with shortfalls, as well as of transparency and accountability, he said the PSP believes in “self-reflection and self-criticism”, “consultation and consensus-building”, and in starting difficult conversations.

Mr Lim added that he would be committed to serve as a full-time Member of Parliament if elected. He also shared that he would bring back the kampung spirit, manage the town council effectively and maintain cleanliness of the estates.

It was then the turn of the Independent candidate, Mr Cheang Peng Wah. He is the only Independent running in these elections.

In his pitch to voters, Mr Cheang declared that voting him in will not change the fact that the PAP will make up the majority in Parliament, but the “quality of the Parliament will be changed forever”. He added that, apart from the PAP’s “aristocracy”, people with different life experiences are needed in Parliament to prevent groupthink.

Mr Cheang quipped: “When the Chiams are not around, Cheang must stand up and be counted.” He was referring to opposition politicians Chiam See Tong and Mrs Lina Chiam.

He pledged that he would help to put in place the MRT train sound barriers that were promised to Pioneer residents.

Mr Cheang wrapped up his speech with a declaration that “the change will begin now or never”.

There are nearly 25,000 voters in Pioneer SMC. /TISGFollow us on Social Media