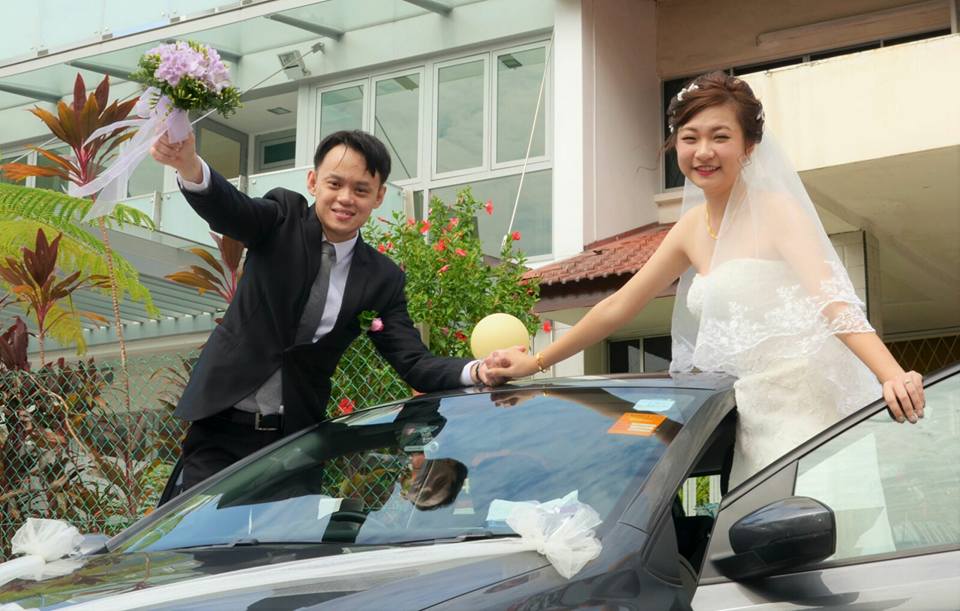 Facebook user Jaclyn Ying on Sunday (10 Apr) shared some pictures of her wedding to express that she was sorely disappointed with the photographer’s work.
She said that the couple took “one of those “bao ka liao” wedding packages that included actual day photography from a pretty reputable bridal shop” but that the photographs turned out real bad.
Jaclyn said that her post was not to “flame and shame”, but she did say that the photographer’s work were “first-date-and-you-clog-the-toilet-with-your-pangsai bad. Or, trust-a-fart-and-a-bit-of-poop-comes-out bad”.
Jaclyn’s post has had over 15,000 shares on Facebook.

The wedding photographer, Chung Siew Goh, has now shot back at the couple. In a facebook post, Chung said that he worked 10 long hours for the couple and edited over 900 photos for them, but that they used less than 20 pictures to criticise his work in order to get a cash refund.
Chung further claimed that the couple put up the pictures in her Facebook to “spoil our (his company’s) reputation”, which he said is not fair them.

I am the photographer on that day…..Acouple long 10hrs hard work..for this coupleEdit 900 plus photo for them they…