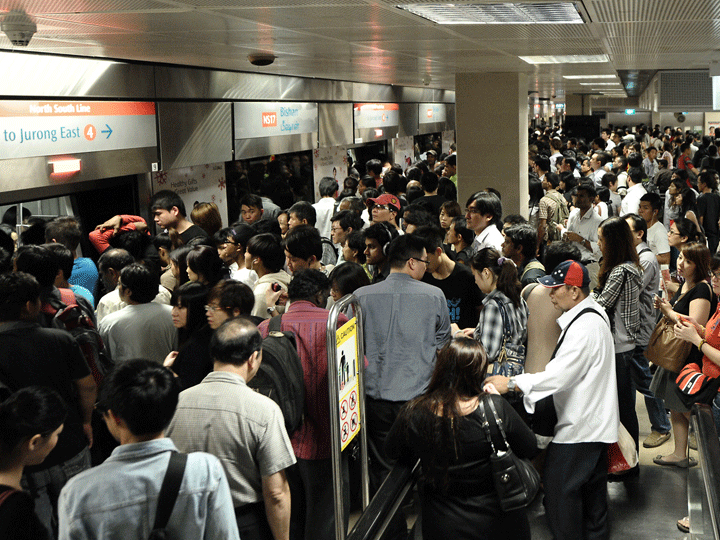 Public Transport Council Chairman Richard Magnus has indicated that public transport fares for peak hour commuters may be raised as the Council “cannot turn a blind eye” to the mounting costs of maintaining new rail infrastructure and renewal works on existing infrastructure, as it has to ensure the “viability of the public transport system.”

In a blog post on the PTC’s website, titled Balancing Sustainability and Affordability, Magnus revealed that the government intends to invest S$20 billion in new rail infrastructure over the next five years, on top of S$4 billion to renew, upgrade and expand rail operating assets. An additional S$4 billion will be set aside for bus contracting subsidies over the same period.

“While these investments are a necessary part of the Government’s push to improve the public transport experience, they raise operating costs and impose a heavy cost burden on taxpayers.”

To combat this, the PTC is studying differentiated transport pricing for peak hour, off-peak hour and pre-peak hour commuters.

“The concentration of travel within a few hours each day is resource-intensive and inefficient. A more sustainable solution is to spread out travel demand across the day.

“The council is therefore evaluating travel patterns to determine how a differential fare mechanism can best help smoothen travel demand in Singapore.”

However, this likely means that peak-hour travel fares might rise as off-peak and pre-peak fares decline, in the effort to “spread out travel demand across the day” and protect the viability of the increasingly costly system.

Magnus ended his post by asserting “Singapore’s rail fares are among the lowest in Asia, and considerably lower than those in Australian, European and North American cities,” before assuring:

“We must, and will, continue to keep the voices of our commuters firmly at the forefront, even as we consider the rising costs.”

The PTC is presently in the midst of its annual fare review exercise, and is reviewing the 2017 fare adjustment and rail operators’ proposals “against this background” of mounting costs.

https://theindependent.sg.sg/public-transport-council-begins-2017-fare-review-exercise-as-new-hours-long-breakdown-hits-nsewl/Follow us on Social Media