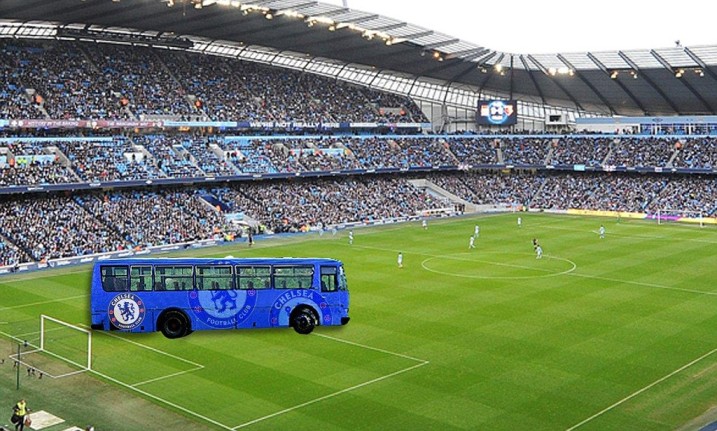 Suresh Nair
SOMETIMES you’re sick and tired of hearing the moans and groans of “parking the bus”, particularly so when big-name teams or star-spangled players cry out like sore losers.
For those not familiar with this vehicular-strategy in the field of play, let me define what is meant by “park the bus”. It’s an ultra-defensive strategy, involving defending with nearly your entire team. You allow the other team possession, in exchange for occupying almost all available space in your defensive third, keeping the other team from creating any real chances at goal.
“Parking the bus” isn’t generally a recipe for a winning team, since you create very few chances for yourself, while allowing your opponent to continue trying to score.
Pathetic Portugal this week had Cristiano Ronaldo wailing his head off after the 1-1 draw against minnows Iceland. The world No 8 ranked team had 26 shots on goal and when they couldn’t break the deadlock, they cried up to the heavens about the “Icemen” parking the cold bus in the net.
Poor Portugal’s world’s most expensive striker of Real Madrid fame had 10 of Portugal’s 26 shots on goal in Saint Etienne on Wednesday. But Ronaldo miserably failed to become the first man to score in four European Championships. And he unsportingly blames Iceland for “parking the bus”.
Truth be told, both Portugal and Ronaldo adopted woeful strategy, with an ultra-complacent, if not cocky, attitude and when their shots couldn’t get past heroic goalkeeper Hannes Halldorsson, they pointed fingers at an invicible bus!
Portugal, Portugal, Portugal. It was a Portuguese, by the famous name of Jose Mourinho, who introduced the term of “parking the bus” to England (the ‘Land of Football’). I remember it very well as the game that triggered it was a Premiership match  in September 2004 at Stamford Bridge (Chelsea’s home ground) when Chelsea faced my beloved club, Tottenham, under (manager) Jacques Santini, used an ultra-defensive match strategy and the match ended in a miraculous 0-0 draw.
To recollect the 2004 meagre Mourinho memory, click:http://news.bbc.co.uk/sport2/hi/football/teams/c/chelsea/3665180.stm
Now 12 years later, Mourinho has offered up comical praise of the negative game plan. Boy, oh boy, he or Ronaldo, can be either critical or supportive of ‘parking the bus,’ depending on whether he’s the one using the tactic!
Remember, Chelsea, too, were accused of deploying defensive tactics as they edged towards the finish line of their Premier League title races. And the word-wizard that he is, Mourinho offered this reflection of one of his trademark phrases: “First of all I have a lot of respect for the bus drivers. You have to be very, very good to be a good bus driver. To park the bus, you need help to park the bus. Without that help, you will crash the bus. So a bit of credit go to the bus drivers, or the managers who know how to park the bus.
“Football is about moments. It is very difficult to have one game from the first to the last minute to have only one game. Sometimes you dominate, sometimes you are dominated. Sometimes the opponents are on top of the game and you have to play different games within a game. This is not easy to do it.
“The same way, the bus driver needs a lot of experience and a lot of training to park the bus. In football, it takes times and work to understand this. Sometimes I feel that my guys work really hard and while all footballers would like to go to the pitch and have fun, sometimes it is not always like that.”
LOAD OF NONSENSE
I believe this term “parking the bus” is a load of nonsense. Particularly nowadays, with the tiki-taka jizzfest that follows every Barcelona or Spanish passage of play. Whenever any team defends against them, or teams that play like them, knowing that defending tightly and counter-attacking football is the way to beat those sorts of teams, it is being labeled as “parking the bus”.
What a load of Mourinho-styled Portuguese-littered nonsense!
You can only beat what is put in front of you with the weapons you have. It’s kind of like when sharks want to attack seals. The seals gather up, use their agility and endurance, until the sharks realise they can’t catch them and then bugger off (I reckon that is the first time football has ever been compared to sharks and seals).
Just a few years ago, before Mourinho came to the global forefront, the local lad in Singapore or Senegal or China or Cameroon, watching the Premier League could never have even guessed that “parking the bus” is a football dictionary three-letter-word phrase. If you’d told him that Greece had “parked the bus” to win Euro 2004, he would have gone outside to look for an actual bus!

So, for football’s sanity sake, please avoid falling into the myth that the media, no thanks to Mourinho, has created over “parking the bus”.
DEFENSIVE ‘BUS’ LINE
Remember: It’s not a bus. It’s a defensive line. It’s called defending. It’s what some of the greatest teams have based their successes upon. It’s what teams have to use when they know there is no other means of victory. Plus, those very teams do go on and score, don’t they? I’m wondering if those goals count even less.
Make a memory of Mourinho’s  famous 2010 words when he was Inter-Milan manager: “We won the tie in Barcelona but everyone talks about Barcelona winning and says we parked the bus in front of the goal. We didn’t park the bus, we parked the plane and we did it for two reasons. One, because we only had 10 men and two, because we beat them 3-1 at San Siro, not by parking the bus, or the boat or the airplane but by smashing them.”
Let’s accept “to park the bus” as a means to play very defensively, to get a lot of players behind the ball, to have no attacking play. Iceland at Euro 2016 and many more giant-killing minnows, even Singapore and Malaysia, will bring along their “bus”, should they play the heavyweights in world football.
End of the day, you somehow have to love “big mouth”Mourinho. Smart manager. He usually laughs off the criticisms of his team parking the bus and turning the negative connotation into a positive one.
For Cristiano Ronaldo, in the coming June days, he has to forget about buses and just let his feet do the talking, if Portugal wants to be a serious Euro 2016 title-contender. And, indeed, he to become the first man to score in four European Championships.
—
Suresh Nair is a Singapore-based sports writer who generally believes in the MRT trains rather than taking (or parking) the bus.
—
Republished with permission from Sports247.