The Independent Singapore News
Home News PAP assures you there is sufficient funding resources for healthcare, but might...

PAP assures you there is sufficient funding resources for healthcare, but might raise GST anyway 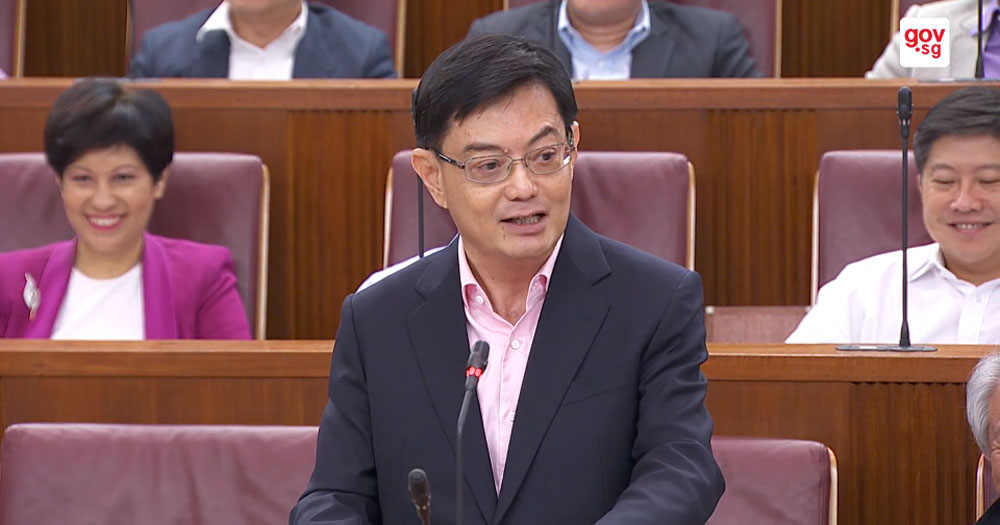 He cites the credence of PAP’s long-term strategy, stating that the government is “very unusual in planning multi-years projects way ahead. And that’s how we have been able to do our CHAS as well as the Pioneer Generation Package and the Merdeka package now”. Heng also points out in the face of advances in technology, the nation needs to be prepared and have sufficient resources.

Whilst serving to boost public confidence, the announcement that the government has “enough resources for healthcare” also comes as a surprise. At the post-Budget forum, citing reasons for the GST hike, Mr. Heng pointed out that because of the continued expenditure on healthcare amongst other public goods, “we’ll have to find new sources of revenue”. Mr. Heng also stated that the VERS and HIPII “have been part of the government’s long-term planning”.

If nearer-term healthcare resources are sufficient due to the said self-professed long-term strategy, shouldn’t leasehold issues then be a non-issue? After all, public housing strategy spans over almost a century with enough time for buffering and sorting out the kinks. Yet the housing situation at current is causing a lot of social anxiety, particularly for those who are immobile and locked in on their aging leases. Clearly, over the years, the government, secure in its provision of public housing and oft- trumpeted housing ownership rate, have failed to study what will happen when the leases eventually come to an end.

Lest we forget, the VERS and HIPII were rolled out because of inadequate long-term planning in the first place. For a government that frequently takes to congratulating itself on its fiscal planning and the ability to “anticipate change and stay relevant”, the current housing issue does not show a lot of foresight but whispers of archaism. As opportunity costs of capital goes up and leases shorten year-on-year, with the two schemes hanging in the air, the government should not be quick to pat itself on the back, or increase the salaries in the name of enticing “non-mediocre” potential civil servants.

In the same vein, debate is brewing from below about how the said resources have suddenly been available; and since we have “sufficient resources”, are tax hikes necessary? Or for what purpose? Netizens are now questioning the reason for the proposed 2% GST hike earlier this year, which is expected to come into effect from 2021 to 2025. Pertinent questions that need urgent answers to include specific budget allocation for the two initiatives and whether or not there are budget priorities for the types of healthcare, whether palliative or preventative. Additionally, it could be a good time to think about how other costly government initiatives (SmartNation) can directly improve our preparation for the future.

The Merdeka Generation Package is targeted at Singaporeans born in 1950s. People within this cohort, 500,000 individuals, are considered the pioneers of the workforce and were among the earliest batches of NSF. Coverage of the Merdeka Package appears to be comprehensive, including outpatient subsidies, Medisave top-ups, MediShield Life premium subsidies and payouts for long-term care.

Whilst (CHAS), of which 1.3 million Singaporeans from lower-to-middle-income households are eligible, will soon include Singaporeans with chronic conditions regardless of their incomes, according to the speech made by PM Lee on National Day.Follow us on Social Media