TISG picked up some General Election chatter that took place on Wednesday (July 8). 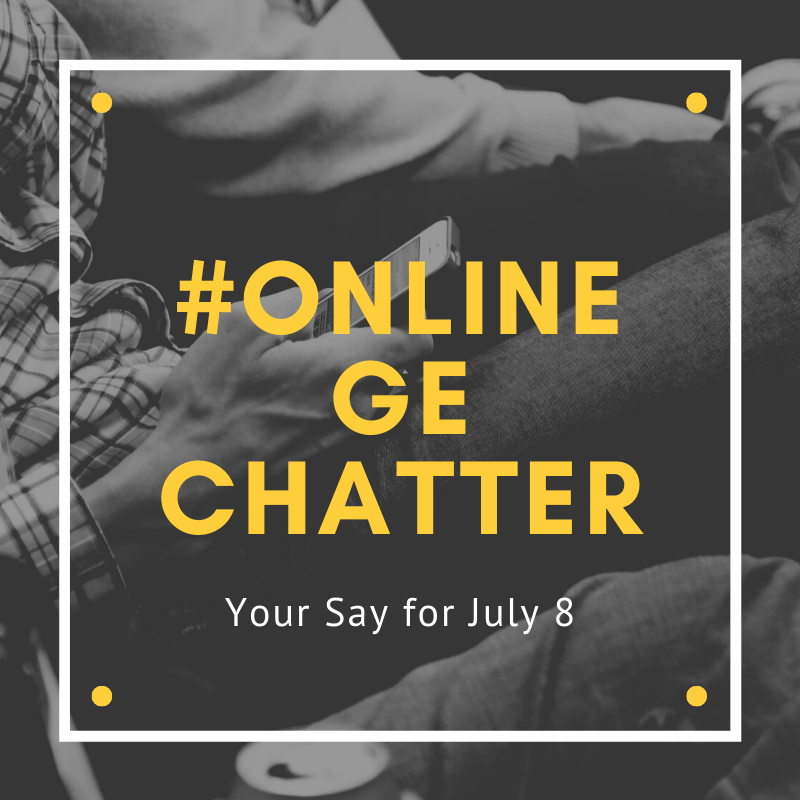 1. Josephine Teo is the worst, according to Google

People’s Action Party candidate Josephine Teo, most recently the Manpower Minister, has come out as the “worst PAP minister” in a Google search.

A Reddit thread started by Redditor @yxnayskin showed that a Google search on the “worst PAP minister” resulted in Mrs Teo’s Wikipedia page. She has been criticised in recent months for “mishandling” the condition of foreign worker dormitories amid the Covid-19 pandemic.

In April, Mrs Teo promised to improve the poor living conditions of foreign worker dormitories. She also said her team at the Ministry of Manpower would need to focus on the “enormity of task at hand”, which was to prevent the further spread of Covid-19  infections among the 200,000 migrant workers living in 42 dormitories.

In a recent Instagram post, Singapore People’s Party (SPP) leader Jose Raymond shared a photo of pets campaigning for the party in the General Election.

A photo of a cat next to a miniature SPP flag as well as that of a long-haired dog with the same flag was shared on the popular photo-sharing social media platform. “Joo Seng is totally rocking it,” the caption read. “Yes we are pet friendly too.”

Joo Seng is totally rocking it. ⭐️ . . Yes we are pet friendly too. . . #PotongPasir #PotongPasirHosay #SingaporePeoplesTown

In response to this, netizens expressed fondness for the furry campaigners. One even said: “If only pets could vote too.”

A netizen on Twitter recently shared an experience about People’s Action Party (PAP) candidate in East Coast GRC, Ms Jessica Tan, asking her mother to take a picture with her even without her headscarf.

jessica tan from east coast grc came over to my house while i was having a meeting and so my mum talked to her. after the talk, she insisted on taking a pic with my mum but my mum declined bc she wasnt wearing her scarf. to which jessica tan replied “No need la pretty already!”

Hours later, the netizen shared a message she had received from Ms Tan, in which the candidate apologised for the oversight, as she did not realise that the netizen’s mother was referring to her tudung.

Hi everyone! This tweet blew up unexpectedly and Jessica Tan herself has reached out to me via DM. I think she has showed accountability to a certain extent. Do vote wisely this Friday! ? pic.twitter.com/urYwRCBK68