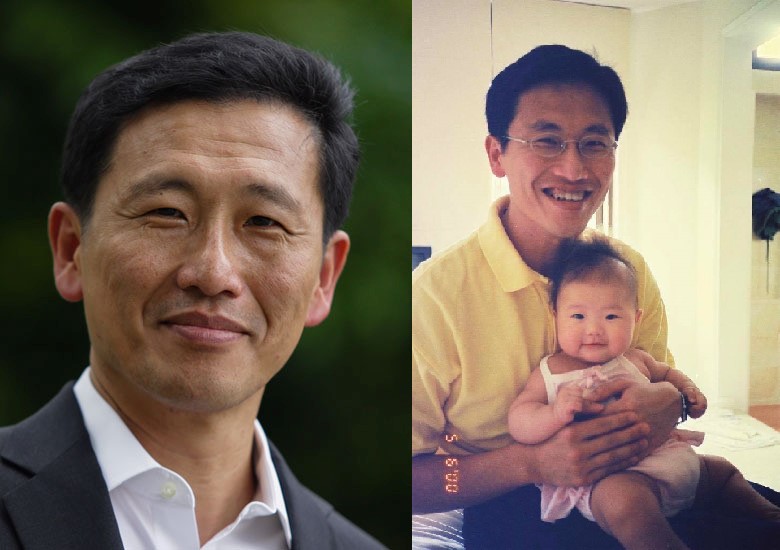 Law and Home Affairs Minister K Shanmugam had, on Sept 20, announced the Government’s plans to promote greater gender equality. He said the review will seek to uncover the structural issues that affect the ability of women to achieve their fullest potential while focusing on how to change mindsets on gender equality from a young age.

The review will culminate in a White Paper that will be released sometime in the first half of 2021.

Mr Shanmugam said the Government will organise a series of “Conversations on Women Development” to obtain the views of the public and these will be used to craft the White Paper.

In a Facebook post on Saturday (Sept 26), Mr Ong said his family members cheered when they heard of plans for the review. He also reflected about how parenting largely shaped his family’s view on gender equality.

Sharing a 20-year-old photo of him holding his eldest daughter, Mr Ong recalled the challenges he and his wife faced when they became new parents. He wrote:

“Our elder one came into this world some 20 years ago, a few days after the turn of the millennium. It was not an easy time for a pair of new parents. Childcare infrastructure was not as developed then, so we moved home in order to be closer to support from grandparents.”

Shedding light on the division of labour he and his wife established in their household, Mr Ong candidly wrote: “We worked together but I struggled to do my share.

“I did the bathing and diaper changing. My wife breastfed the little one for a year. In order for my wife to get her rest, I could only do the next best thing — the night feeds from expressed milk. This alone was incentive enough to train our kids to sleep through the nights.”

He added: “But the hardest was when the little one cried and needed comfort. She would still prefer mummy no matter how hard I tried.”

Mr Ong, who gives new parents in his ward in Sembawang GRC tips on parenting based on his experience, said his family is a close-knit one today because of the bonds they forged in the early years. He said:

“Today, they have outgrown our arms but always babies in our hearts. We are a close-knitted family, and I think a lot of that has to do with the bonds built through the childminding years. You cannot time when the child takes her first steps, utters her first words, or needed your presence. To share that joy, both parents simply need to share responsibilities as equally as possible.”

Mr Ong and his wife play different but equally important roles as parents.

“But equal responsibilities is different from same responsibilities. My wife breastfed and I bottle-fed, but we were both there for the little one. Today, my wife and I still play different roles as parents. She’s forever the mummy bear that comforts and protects; me the counsellor, the problem solver and at times, the jester.

“With more equal responsibilities, comes the great joy of parenting.”

There has been much public discussion on gender equality recently, after Minister K Shanmugam Sc announced a full review…