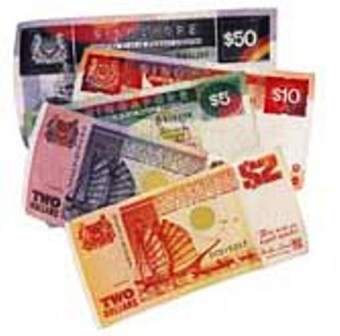 By: Chris Kuan
The continuing chatter about unemployment insurance and minimum wages in local mainstream and social media, I am afraid missed the challenge posed by the coming technological revolution. In that aspect the Straits Times article, “Why the debate on unconditional basic income is relevant for Singapore” by Chua Mui Hoong is timely.
Perhaps the writer Chua Mui Hoong attended the talk by Yeoh Lam Keong, Teo You Yenn and Donald Low. Or perhaps she wrote it because today (5 June) the Swiss are having a referendum on this very issue of Universal Basic Income (or unconditional basic income as referred to in the article).
Employment in the future will be different and in many ways unrecognisable from today. It is a future where job security is the domain of the few highly skilled, the highly professional and jobs with a high degree of interpersonal skills while many especially those in box standard processes and interaction will face frequent disruptions in jobs, careers, even long term unemployment.
It is also where wealth accumulates much more than today to the owners of technology and owners of capital (which fund technology advancements). No amount of SkillsFuture will help. It is a future of even more inequality.
Hence the debate about the Universal Basic Income (UBI). The UK already have the Universal Tax Credit, a halfway attempt at the UBI. Europe is debating this as a response to the changes to work, employment and benefits posed by the technological challenge.
The UBI is meant to replace a whole swathe of social entitlements (e.g. pension, old age utility subsidies, childcare support, out of work benefits, survivor benefits, etc. And also in some form subsidised healthcare too). This means that the UBI, a huge expense to the government, is funded by a reduction or elimination of government expenditures on social transfer programmes both in cash and in kind.
In time it will need tax increases on the wealthy who will gained even more disproportionately from technological advancement and the return on capital that comes with it than today.
However, this is where the trouble begins for Singapore, We have very few or no social entitlements at all which means a Singapore UBI is a huge expense for the government but with few cost savings since the government spend very little on social benefits. A Singapore UBI for citizens (excluding PRs) pegged roughly at the same % of median salary as the Swiss will cost the government over $50b a year, nearly the entire government budget as it stands today.
In short, the coming technological revolution poses an enormous challenge not just to workers but to the Singapore Government in particular the ruling party’s political ideology of favouring the wealthy with comparatively low taxes and eschewing comprehensive social entitlements. Radical changes from the last 50 years especially in the head is needed.
Somehow I do not see the present PAP cabinet as being up to the challenge. They are too deep in their cognitive delusions, holding on to certain ‘hard truths’ when the real hard truth is, ‘no hard truth is permanent’.
But in my long years of watching global markets and economics, I have observed that things do not follow a straight line. It can change – it needs to.
—
Edited and republished from Chris Kuan’s FB.
—
The Swiss have rejected the proposal to give a UBI to every citizen, with almost 77 per cent saying ‘no’ vs 23 per cent in favor.Follow us on Social Media