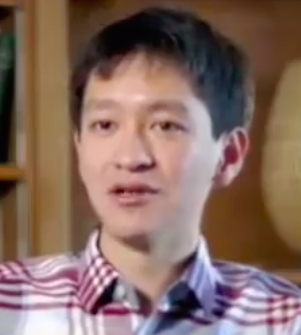 “I think that Singapore would be better off if there was a robust presence of the opposition in parliament. That, there be enough competition that, you know, that the ruling party doesn’t feel like it can do whatever it likes,” says Li Shengwu in the two minute video clip

An old video of Li Shengwu, nephew of Singapore Prime Minister Lee Hsien Loong has resurfaced, circulating on social media. In the video, he not only speaks about politics and how he fears for his family to live in Singapore, he also talks about his grandfather, the late Mr Lee Kuan Yew.

The video of Shengwu was taken by Al Jazeera, is a Qatari state-funded broadcaster in Doha, Qatar.

The clip, almost two minutes long, started with Shengwu talking about opposition politicians in Singapore. He said, “I think that Singapore would be better off if there was a robust presence of the opposition in parliament. That, there be enough competition that, you know, that the ruling party doesn’t feel like it can do whatever it likes”.

This is an old video. With election coming soon, it is germane.

The next clip of Shengwu shows him on a bus in Hong Kong, talking about his family.

On his parents, Mr Li added, “When I see my parents outside of Singapore, right, I feel a sense of relief that they are not there”.

“And that’s a very odd thing to feel about home”, he said.

Shengwu was taken to court by the AGC for allegedly saying in a Facebook post in July 2017 that Singapore has a “pliant court system” and that the Singapore Government was “very litigious”.

The video voice-over said that, “Lee Kuan Yew believed in the power of fear. But now, members of his own family are too afraid to go back to the country he worked so hard to build”.

“My grandfather always worried about having the family together, but he also worried about the persistence of Singapore’s institutions” he added.

Shengwu now lives in the United States and is an Assistant Professor of Economics at Harvard University.

Read related:Letter from Lee Kuan Yew to the Cabinet recirculates: “38 Oxley Road has no merit as architecture. So please respect my wish to have it demolished when I am no longer around.” /TISG