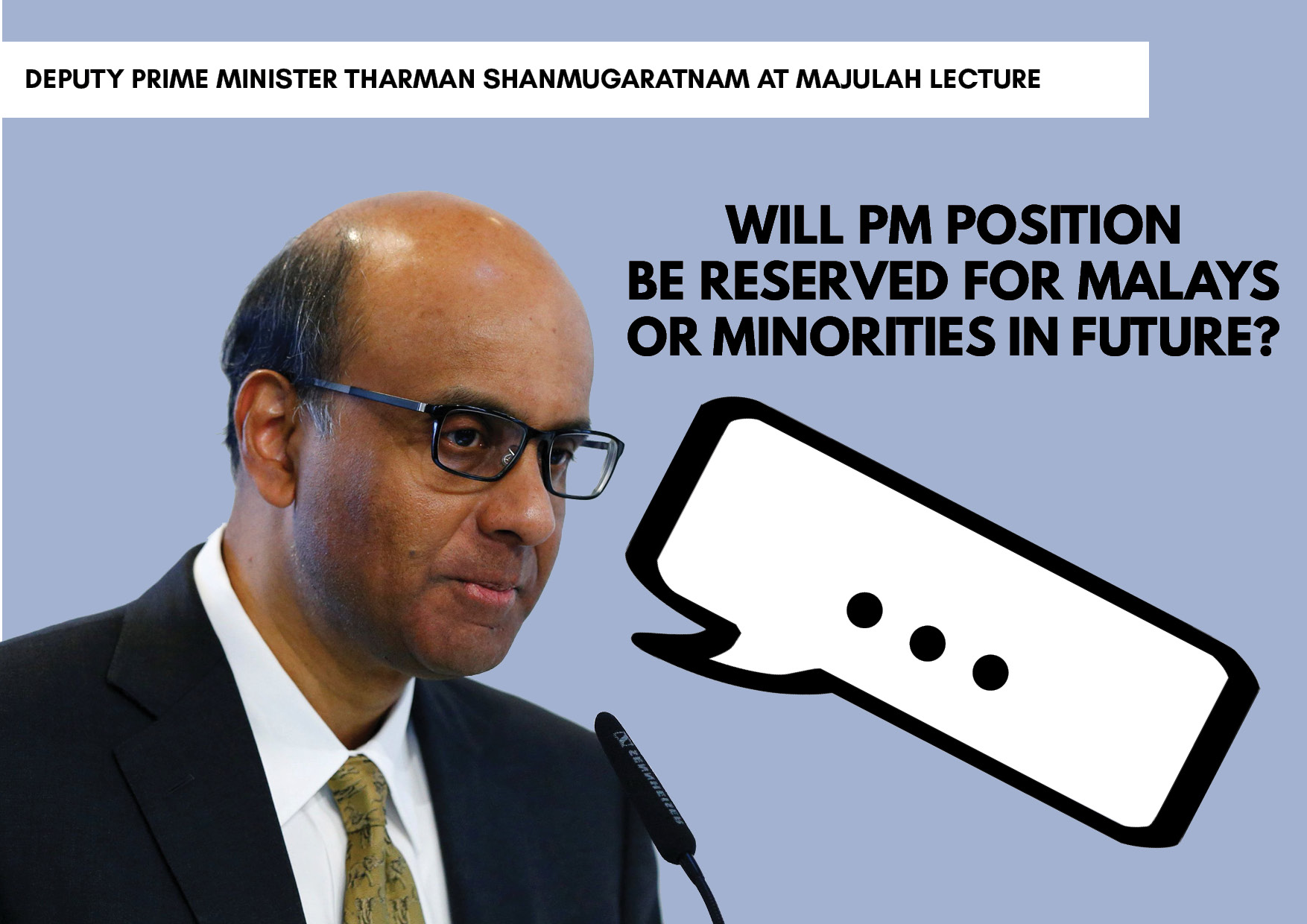 Deputy Prime Minister (DPM) Tharman Shanmugaratnam allegedly deflected questions on reserved elections, according to a dialogue partner who conversed with the DPM at the inaugural Majulah Lecture at Nanyang Technological University last Wednesday.

The participant, Nabil Khairul Anwar, took issue with the fact that the DPM later posted a photo prominently featuring him on his Facebook page, after allegedly failing to answer his questions on the implications of reserving elections in an adequate manner.

Nabil was referring to this photo that the DPM posted on his Facebook page, addressing issues like gutter politics and mainstream media censorship at length:

Adding that he did not ask the question on gutter politics, Nabil revealed the two questions that he did ask the Minister at the dialogue:

“During the Majulah Lecture, I had asked the Minister two important questions. First, whether he was of the view that the Reserved Presidential Election was entrenching the notion of race into Singapore politics and if Singapore was regressing as a society. Second, I asked him if the government had any plans, in the future, of reserving the position of Prime Minister for a Malay or other minority candidate. The latter went unaddressed.

“Instead, he went on talking about how Mdm Halimah Yacob was an outstanding individual and how the Government had to take proactive steps in order to turn the pledge from a mere incantation to actuality. Indeed, like him and many other Singaporeans, I have no doubt as to Mdm Halimah’s abilities. As much as I would like to believe that he missed the point, I also know that he is far smarter than that. He did what most politicians would do when presented with a hard question. He avoided it.”

Nabil added that he knew this might be the response he would receive.

Asserting that he has strong views on reserved elections, and especially against racial politics, Nabil noted that the future of Singaporeans is “in the hands of a group of people who chooses to ignore important questions from people whom they are supposed to be held accountable to.”

He urged the government to stop ignoring the “important questions” and indicated that if they continue doing so, the people might ignore their appeals during the next general elections:

“To be honest, part of me knew that it was going to happen. Take a look at Parliament. Just yesterday, the news reported that Worker’s Party had failed in their second bid to raise a Parliamentary motion on the Presidential Election. So why then did I feel angry when he side-lined my first question and ignored the second?

“Many of my friends are aware of my feelings toward the reserved elections. It is something that I feel strongly about, and for good reason. In 1965, Singapore was expelled from the Malaysian federation. By and large, it was due to the belief that we should be free from racial politics and be united as one – regardless of race, language or religion. This is something not to be trifled with. It is not about the willingness to pay a political price. It is also not just about a political party. It is about a nation; whose future is in the hands of a group of people who chooses to ignore important questions from people whom they are supposed to be held accountable to.”

“I implore you, and your colleagues, to stop ignoring important questions. How would you like it if we ignore your appeals come election time?”

This evening, I was prompted by a friend who texted to tell me that my photo was posted on Mr Tharman Shanmugaratnam’s…