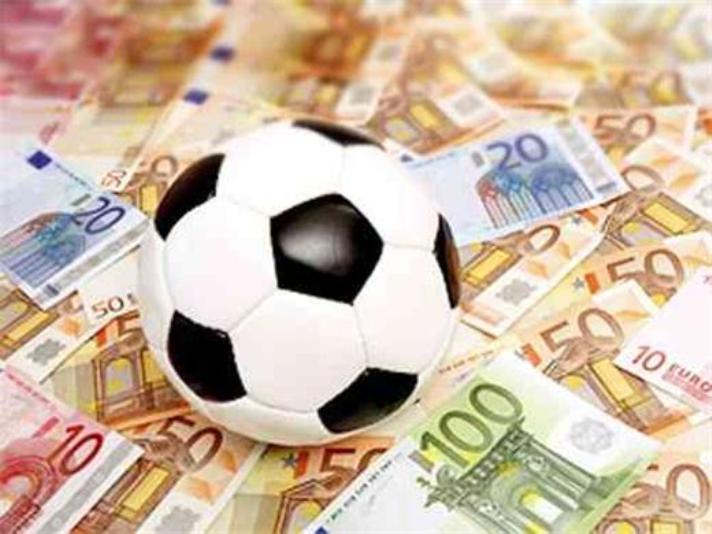 He’s an absolute nobody.

Wilson Raj Perumal was an average amateur footballer, who kicked the balls in his Sembawang neighbourhood. But, in recent years, he shamefully dragged Singapore’s name through the global mud with his ignominious reputation as one of the world’s most notorious match-fixers.

He makes no apologies of his misdeeds, which brought worldwide condemnation to Singapore’s corruption-free image. He has daringly given numerous interviews to the print and broadcast media since he was jailed for two years in Finland in February 2011 for match-fixing.

Now a wanted man in Singapore, he is held in preventive custody in Hungary and as a potential prosecution witness, assisting the European authorities in further prolonged investigations. He is alleged to have fixed dozens of games over the past 30 years. In a recent memoir, Perumal claimed that he even helped Honduras and Nigeria to qualify for the 2010 World Cup in South Africa.

Wilson’s name came to mind today, on the eve of Hari Raya Puasa, as I read award-winning journalist Zaihan Yusof’s 152-page book called Foul! The Inside Story Of Singapore Match Fixers in 2014. It reveals the untold story of prominent Singaporean match fixers who have taken their criminal activities to the international scene. It explores the inner mechanisms of match-fixing syndicates and the deadly repercussions such as murder and suicide.

And I want to reiterate that much as the fingers point on Singapore, the authorities here have made it absolutely clear Singapore continues to take a zero-tolerance stand against football-corruption and have been very firm in taking action against those involved in any form of match-fixing.

Mr Zaihan, as an investigative crime journalist, admits he lives a life of discreet fear after his recent exposes into global football match-fixing. He admits that there were serious threats against his life, both in Singapore and overseas, and his car was vandalised at least twice.

His discreet probes showed that Asian criminal gangs are believed to be involved in match-fixing networks, using them as an alternate way to launder cash. He read official reports that about US$1 trillion were gambled on sport each year – or about US$3 billion a day – with most coming from China, through some South-East Asian countries, and wagered on football matches.

Like a true professional, Mr Zaihan makes it adamantly clear he never acts on the tip-offs from his underworld friends. “I’m not a gambler. Of course, I’ve been scolded by my friends for not sharing (the tip-offs), but to be fair, that would be something like insider trading,” he said.

Much as the global bad image has punched a big hole in Singapore’s clean and non-corrupt image, the police point to Singapore’s track record against match-fixers in recent years. Singapore remains the first country in the world to convict an international football referee for match-fixing and have charged several leading players, including a famous international striker.

To salute Singapore’s no-tolerance stand to match-fixing, FIFA (Federation of International Football Association, based in Zurich, which controls world football) has set up a US$20 million anti-match-fixing education centre in Interpol’s new Global Complex in Singapore. This is ample proof of the intensive longer-term measures Singapore is taking to tackle the scourge of global match-fixing. FIFA believes in Singapore’s counter-corruption measures.

According to British writer Neil Humphreys, who relocated to Singapore in 1996, Singapore’s fixation with gambling makes game-rigging hard, if not impossible, to bring under control. He is author of the football-based novel, “Match Fixer”.

Mr Humphreys says Singapore has a popular horse-racing track, probably the most lucrative in Asia, and its two casinos are among the biggest talking-points in the world, raking in a combined total of S$7.3 billion in 2012. The Singapore Totalisator Board, which manages two legal football betting and lottery companies, saw revenues of nearly S$1 billion in the year to March 2013, from a total population of just 5.4 million. There are also dozens of illegal football betting outfits.

From personal experiences I’ve bigger tales to tell: In my many interviews with the local and international media, I’ve always advocated that match-fixing is like prostitution, as one of the world’s oldest past-time. It has proved a chronic and growing blight on football the past three decades and global football “remains in crisis” because of the match-fixing scourge.

Interpol notes that the illegal betting operations which drive match-fixing have revenues of billions of dollars a year, putting them financially on a par with multinational companies like Coca-Cola.

The Asian Football Confederation (AFC), which runs football in the world’s largest continent, says recent extensive planning and monitoring had kept the fixers at bay.

“The effective implementation of our latest action plan could be a blueprint for other Asian sporting events and sports governing bodies,” AFC former general secretary Alex Soosay said after the 2015 Asian Cup Finals, hosted in Australia, for the first time. He notes that education sessions for players and officials, a confidential reporting mechanism, and monitoring for unusual betting activity helped to keep the tournament clean.

Mr Soosay, who is now a consultant based at the AFC headquarters in Kuala Lumpur, Malaysia, added: “Continued efforts will be made to ensure a similar outcome for future AFC competitions. Upholding the integrity of all our competitions remains a key priority for AFC. The Asian Cup overall was a great success for football in Australia and the Asian region with record crowds and TV audiences. The integrity of such major tournaments is integral to the popularity and growth of football.”

On a nostalgic personal note, my first links with underworld match-fixing came in 1981, when I wrote what was to be Singapore’s first large-scale brush with match-fixing, brought to light by The New Nation’s front-page expose.

Favourites Singapore had just suffered a 4-0 defeat to Selangor in the Malaysia Cup football final at the Merdeka Stadium in Kuala Lumpur. Days later, The New Nation newspaper reported that the FAS (Football Association of Singapore) were reliably informed that, before the Cup final kick-off, that “five Singapore players had sold the match.”

Twelve squad members and team officials were questioned by the Corrupt Practices Investigation Bureau (CPIB). Also investigated were spouses of the players, sports reporters and officials from the Football Association of Singapore (FAS). The probe, however, could find no concrete evidence of bribery. Later that year, the Football Association of Malaysia (FAM), which organised the Malaysia Cup, expelled Singapore from the region’s oldest football competition.

In “reward” for breaking the story, I was hauled out of bed at 2.00am from my Yishun apartment and whisked to the CPIB headquarters. I assisted in the protracted investigations for more than a week and later realised that the match-fixing saga was currently engulfing Singapore and the Malaysia Cup competition, which drew more than 50,000 fans to the now-defunct National Stadium in Kallang.  (Kallang was the home ground of the Lions).

Veteran private investigator Lionel De Souza, a retired police officer with more than four decades of investigative experience, once told me:  “Match-fixing has run for decades, if not centuries. The widespread nature of the organised crime syndicates involved makes them hard to track down and prosecute…a single fixed match can involve up to 50 suspects in 10 different countries”

He contends that till this day, global policing institutions have yet to find a foolproof solution.

Former Singapore national goalkeeper Eric Paine, a retired SAF military officer who was ranked as one of Asia’s best custodians in the late 1970s, says gambling continues to be a worldwide disease, but concedes it is more rampant in Asia.

Recalling an incident at a local coffee shop, in Tiong Bahru in the early 1970s, he said: “Two Chinese men who were at a table in the front saw two sparrows perched on a telephone cable. They then took out S$10 each and bet on which one would fly off first. I couldn’t help myself laughing!”

When poignantly asked if the match-fixing chapter will ever close, investigative journalist Zaihan smilingly said: “There will always be a void. When you cut off one head, the next head takes over. It is an uncontrollable disease, just like prostitution.”

Indeed, in my view, the fight against dirty money in football must never stop.

—
Republished with permission from Sports 247.Follow us on Social Media