The Independent Singapore News
Home News SG Economy Newspaper hints that Abdullah Tarmugi may be PAP's choice for EP while... 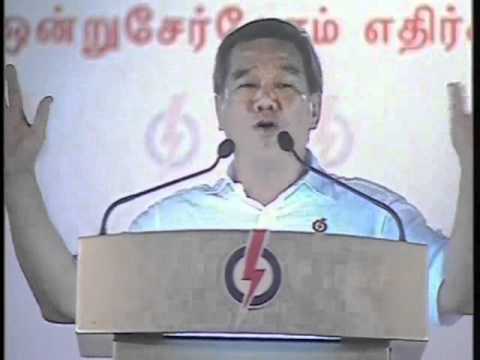 The Chinese newspaper Zaobao ran an article on 9 September looking at all the current and previous Ministers and Speakers of Parliament to analyse if they could be fielded as candidates for the Presidential Election which has to be called later next year. It concluded that only Minister Yaacob Ibrahim and former Speaker of Parliament, Abdullah Tarmugi, would qualify for the contest.

It is highly unlikely that a sitting Minister who helms an important Ministry would resign his portfolio in Cabinet to contest the Presidential Election. So, the most likely Government endorsed candidate would be Abdullah Tarmugi.

Meanwhile a former senior political correspondent for The Straits Times, Ismail Kassim, has written an open letter to Prime Minister Lee Hsien Loong to question his motive for the pending changes to the Elected Presidency.

“Is it really to ensure minority representation or is it to prevent an independent-minded citizen from being elected EP in 2017?”, Ismail asked in his open letter.

Just in case you are not able to read Ismail’s post, this is what he said:

By now you ought to know how divisive your proposal to amend the EP system has become. I cannot think of any issue in the last three decades that has caused such a wide and deep division within the electorate.

The tragedy is that your aim to ensure that members from minority communities too have a chance at becoming an EP is commendable, and has its merits.

Unfortunately, the way and timing of your move have also prompted considerable misgivings over your real motive:

Is it really to ensure minority representation or is it to prevent an independent-minded citizen from being elected EP in 2017?

Because of suspicions and emotions aroused over motive, it has become very difficult, even for those in the middle ground, to look at the proposed changes in a calm and objective manner.

And any rush to implement a system that is deemed unfair may have adverse repercussions on the EP itself.

Reserving the post for a particular minority is fundamentally flawed and goes against the grain of multiracialism and meritocracy. Likewise, the obsession with higher qualifications without giving due weight to strength of character and integrity is both elitist and undemocratic.

Will any good arise from foisting a minority candidate in a closed race open only to members from that community on the nation; in all likelihood too, it is likely to become a farce, reminiscent of a past EP election, when a businessman was forced to compete to give the semblance of a democratic race.

Such an EP is unlikely to command wide respect, and in all probability will be regarded as a ‘kayu’ (wood) by significant sections of the people, including members from his own community.

There is still time for you to salvage the situation; just make sure that whatever changes that will be adopted will not come into effect in the 2017 presidential election.

In this way, your protestations that they are not aimed against any individual will instantly become more credible.

The minority community that has not yet produced an EP for the last 47 years will not mind waiting a little longer.

As far as I know, they have grumbled over a lot of things such as continuing discrimination in the military and national service for their males and the unfair banning of their tudung-clad females from becoming nurses and policewomen.

But over the EP, there is none.

The PAP, notwithstanding its faults, is a great party with a sterling record.

If you feel strongly, you should nominate a minority for the coming EP and use all the powers at your disposal to get him elected.

If you think it is too risky, you can always field a stronger candidate. There is someone with impeccable credentials from your ranks who cannot become PM because of his ethnic origins. I think he will be unbeatable in any contest.

These are the heroic options, which a party with a solid reputation to protect, should choose.

Do not stoop so low now as to amend the Constitution out of fear, just to exclude opponents and independent-minded citizens.

So Mr Prime Minister, I hope you will reconsider all your options, and choose one that will unite the people, and not divide them further.