The Independent News
Home News Featured News Netizens slam man who asks if there is a Covid-19 relief package... 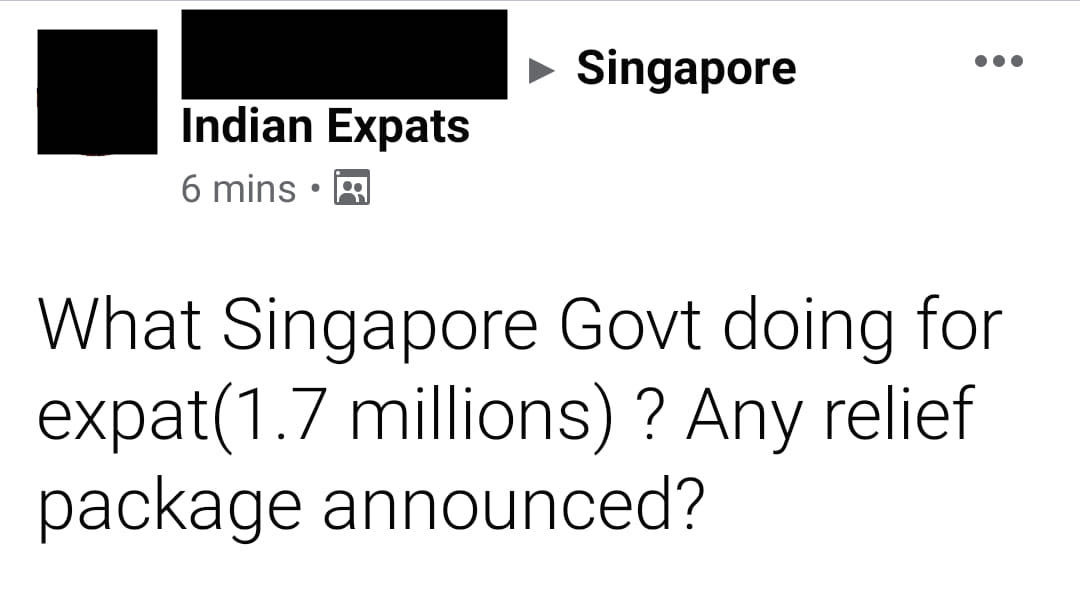 Netizens criticized a man online recently for asking if there was a Covid-19 relief package for expatriates.

Earlier this morning, an Indian man, presumably an expatriate asked a question in the Facebook group titled, ‘Singapore Indian Expats’.

His question was, “What Singapore Govt doing for expat (1.7millions)? Any relief package announced?”

Within six minutes of posting it, screengrabs of his question was widely shared on local Facebook groups. 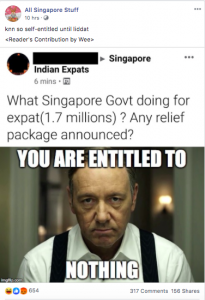 Many netizens who commented felt that the man was being entitled and once again brought up the topic of Ramesh Erramalli.

Erramalli’s dispute last year was with his condominium’s security guard over a rule by the condominium’s management, which had imposed a S$10 fee for visitors who park their cars there after 11pm. His guests had come over at about 10.30pm for Deepavali festivities.

The sentiments amongst Singaporeans was xenophobic, and many felt that their needs were not being looked after in comparison.