The Independent News
Home News In the House Netizen questions parliamentary motions ballot after Sylvia Lim's motion was not... 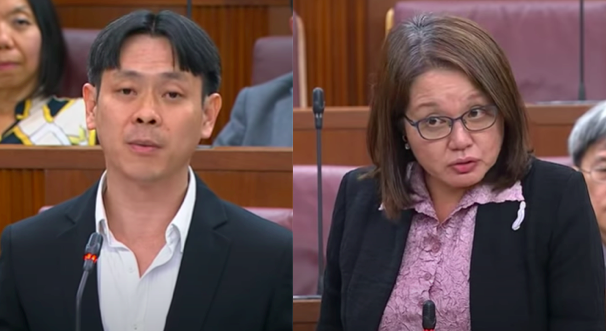 Migrants’ rights activits Kokila Annamalai questioned in a Facebook post on Tuesday (Sep 29) why Parliamentary motions were selected through a random ballot.

Ms Annamalai wrote: “Surely there can be a more meaningful way to select which motion gets heard, rather than a random ballot?”

“Sylvia Lim’s motion on equity in the criminal justice system is clearly on an extremely important, urgent and timely issue – certainly one that I and (judging from public uproar in recent weeks) many other people, care the most about”.

Sylvia Lim’s motion on equity in the criminal justice system is clearly on an extremely important, urgent and timely…

Her comments came after Workers’ Party (WP) chairman Sylvia Lim’s motion to speak on enhancing equity in Singapore’s criminal justice system at the next Parliament sitting in October was not selected in a random ballot held on Tuesday (Sep 29).

Instead, Speaker of Parliament Tan Chuan-Jin announced that People’s Action Party Member of Parliament (MP) Louis Ng will speak about protection against secondhand smoke in the home.

Mr Ng’s motion was selected on Tuesday in what Mr Tan described as a “rather low tech draw”, which was witnessed by Mr Ng and Ms Lim.

Sylvia Lim – Justice for all: Enhancing equity in the criminal justice system

Louis Ng – Protection against secondhand smoke in our homes

In her post, Ms Annamalai continued: “ANY of the other motions have more merit/weight than protection against secondhand smoke in our homes”.

“Maybe they can hear all the motions? They’re paid hundreds of thousands of dollars to deliberate and make decisions on issues of importance to our society – why can’t Parliament make the time to hear all motions?” she added. /TISG