Four generations of Indian-Chinese marriages in his family, he says 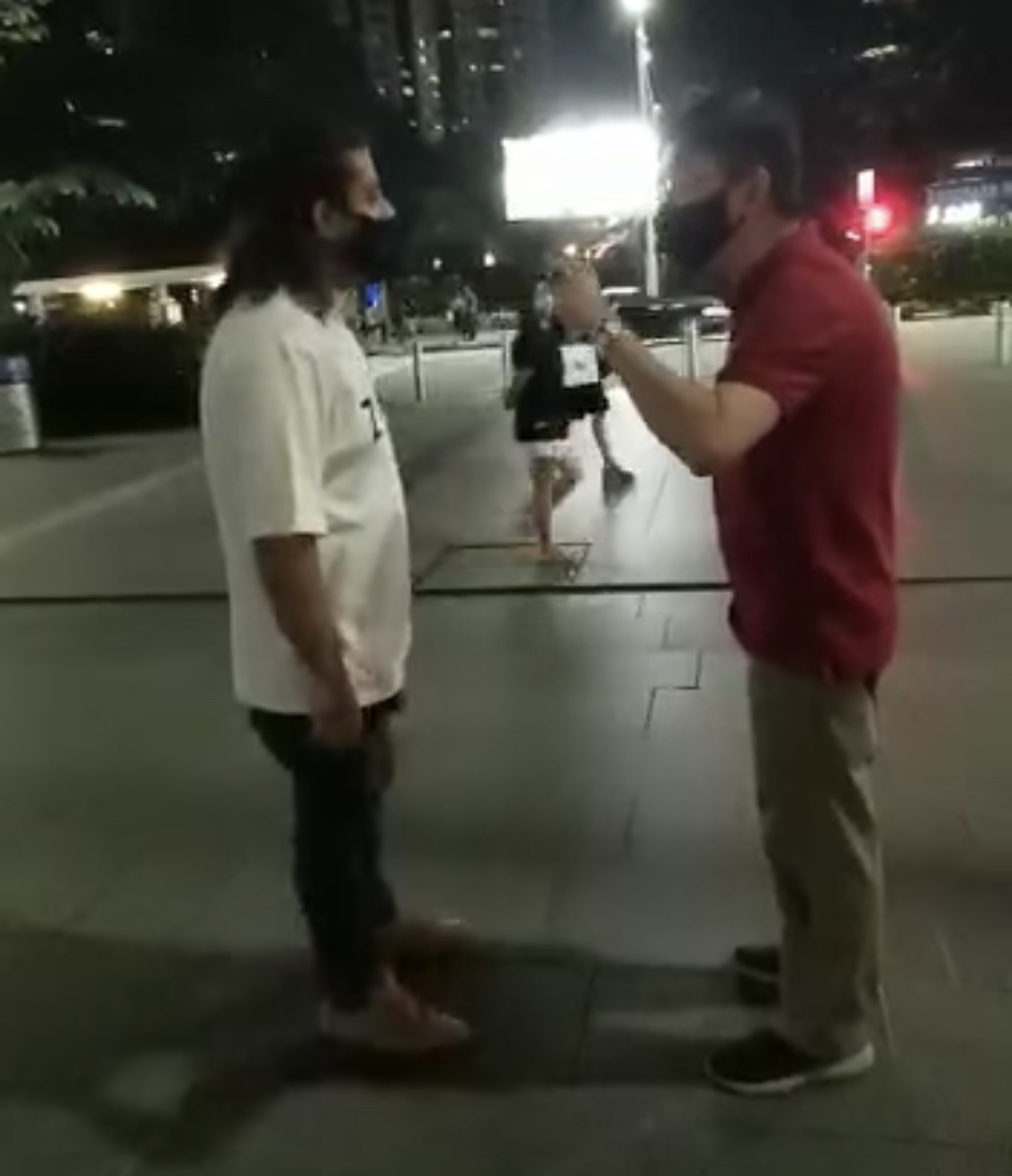 Singapore—Many people have reacted to the video of a man telling a Chinese-Indian couple that it is “racist that Indians marry Chinese because it is predatory”.

The video was posted on Facebook on Sunday (June 6) by the man who said:

“My name is Dave Parkash. I am a Singaporean. Today i feel embarrassed, humiliated and hurt by how i was treated by another fellow Singaporean. My girlfriend and I was (sic) confronted by a man who told us that we should only be dating with people of our own race. He called himself a racist and even blamed us for being racist just because my gf and I are from different races. He humiliated us in public by shaming both her and I (sic) like as though we did something wrong. I come from a mixed race background and so is my gf. We both are mixed race but we are proud to be Singaporeans.”

He also appealed to everyone to help stop racism.

The video was widely shared and commented on, and even Law and Home Affairs Minister K Shanmugam called the incident recorded on the video, “Quite unacceptable, very worrying.”

The minister added, “I used to believe that Singapore was moving in the right direction on racial tolerance and harmony. Based on recent events, I am not so sure anymore.”

One young man also responded to the video by posting a photo of his multigenerational Chinese-Indian, or “Chindian,” family.

Mr Josh Raj Thomas wrote in a Facebook post that “Perhaps exposure to happy Chindian families would help” the man who humiliated Mr Parkash and his girlfriend change his mind.

However, he added that incidents such as that experienced by Mr Parkash and his girlfriend are “not common” but neither are they “isolated”.

“I have encountered this myself, for example, when a female Chinese friend and I were innocently having teh tarik at a roti prata shop, and an elderly lady shouted in our direction gou nan nu (dog man woman / shameless couple).”

And while he says he was “tickled by the aunty’s” comment, his friend was not amused.

Mr Thomas then asked the question that may well be on everyone’s mind: “How do we deal with this?”

He acknowledged that the perception that Indian men are “preying” on Chinese women and that such a relationship would bring disgrace to Chinese families is “overtly racist,” but nevertheless added, “Uncle is entitled to his view that people should marry within their race.”

And although blatant racist acts may be uncommon, this perspective is not unusual, he added, “especially amongst the older generation, including in the Indian and Malay communities.”

Acknowledging that some have called for the man to be prosecuted, Mr Thomas took a look at the bigger picture for addressing the issue of racism.

“Separate from what he could be prosecuted under, a larger question is whether the remedy to every incident on race should be recourse to the law.

“It may end up a game of whack-a-mole, without determining why there are these moles in the first place, and why they seem to be popping up more frequently nowadays, as observed by Minister Shanmugam.”

He then suggested, “Perhaps a conversation with Uncle would be useful. Perhaps exposure to happy Chindian families would help him change his mind.”

Hence the heartwarming photo of his family, “4 Generations of Indian-Chinese marriages. No disgrace, only Love.”

Mr Thomas added cheekily, “And – looking at their personalities, between my Indian grandfather and Chinese grandmother, it sure wasn’t my grandmother who was the ‘prey’!”

Read also: Man says it is ‘racist that Indians marry Chinese because it is predatory’ in viral video