Najib’s daughter comforts Rosmah on Instagram on her birthday, day of Najib’s arrest 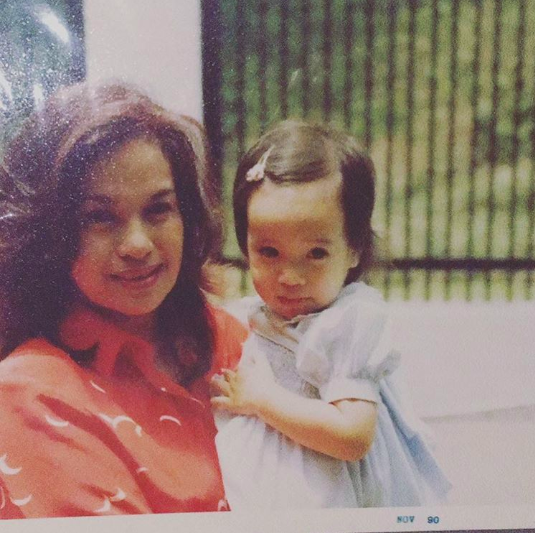 Najib Razak, Malaysia’s former Prime Minister, was arrested on Monday, December 10, on what should have been a very special day for his family, his wife Rosmah Mansor’s 67th birthday.

Najib arrived at the Malaysian Anti-Corruption Commission (MACC) headquarters in Putrajaya at eleven o’clock in the morning of December 10. He was scheduled for an interrogation at the MACC. Within minutes, he was arrested due to the alleged tampering of the final audit report of 1Malaysia Development Berhad (1MDB), which had been “established to drive strategic initiatives for long-term economic development for the country by forging global partnerships and promoting foreign direct investment.”

Figures central to the 1MDB scandal, such as fugitive Malaysian businessman Low Take Jho (Jho Low) and the former Prime Minister himself are facing charges of corruption and money laundering. Najib himself, as well as Rosmah, faces over 50 charges, including criminal breach of trust.

Najib and Rosmah’s daughter, Nooryana Najwa Najib, took to Instagram in an attempt to comfort her mother, and wish her greetings on her birthday. Posting a photo of a young and vibrant-looking Rosmah carting Nooryana as a young child, the daughter wrote, “I know today is not the easiest day for us but let’s take a moment to thank Allah that we are all healthy, alive and still able to help others in need.”

She then greeted and encouraged her mother. “Happy Birthday to my one and only Mummy. Love will get us through it all.”

Showing that the former Prime Minister and his wife are still popular with some of their countrymen, Nooryana’s post has gotten thousands of likes.

This is not the first time Nooryana has taken to social media to air her feelings concerning her parent’s situation. When Rosmah was arrested in October, Nooryana wrote,

I suppose tomorrow makes for a great picture and media circus…. The dreaded call came in at 4am. Too sad to cry, too angry to scream, I just got up, took wuduk and prayed tahjud for Mummy.

I pray that Mummy remains calm and composed because knowing her she’s probably worried about everyone at home. I know she’s wondering – ‘How’s Gina taking it? I hope she still goes to class today. Is Adam ok?’

Mummy, even if you can’t hear me, please know that I am fine. I will get out of bed and go to class and Adam will be patiently waiting for you on FaceTime. Please try to eat and get some rest tonight.

No matter how hard the circumstances are, I will always stand by the woman who gave birth to me, wiped my tears away when I was down, slept with me when I was sick and taught me how to stand on my own two feet.

In your words this morning mummy, inshallah, we will persevere.”

As it turned out, Najib was home to celebrate Rosmah’s birthday after all, since the MACC released him on bail after a few hours. The amount of bail that Najib paid has remained undisclosed. He left the MACC headquarters shortly after 1:30 pm.

On Tuesday morning, December 11, the former Chief Executive Officer of 1MDB, Arul Kanda Kandasamy, was also arrested by the MACC. He and Najib will face charges on Wednesday, December 12.