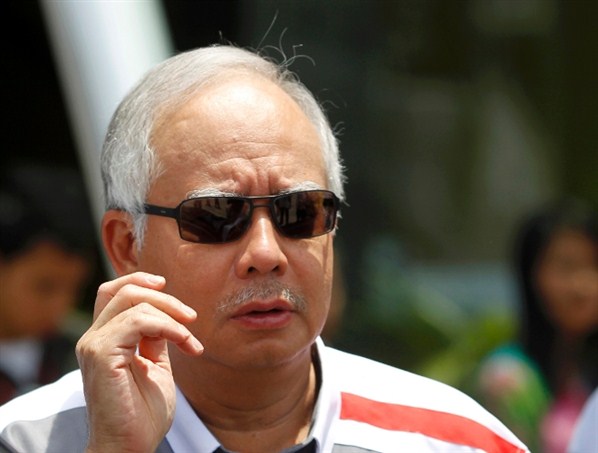 On the same line to the state of Pahang, Malaysia’s Prime Minister Najib Razak has little to fear in the country’s largest state, Sarawak.

While Najib is weighing when to call for the general elections, with many thinking it will be this year, the Prime Minister is much at ease in Sarawak though where he is faced with a fractured opposition, and a ‘fixed-deposit’ voter bank.

This voter bank proved its loyalty to Najib’s ruling party the Barisan Nasional (BN) during the last by-election in the country in which Jamilah Anu, the widow of popular former Chief Minister Adenan Satem, easily won last Saturday’s vote to fill a local assembly.

The seat was left vacant following the death of Adenan last month, while major national opposition parties said they chose not to contest out of respect, or due to the outright knowledge it would be a one-woman-walk-to-victory.

Sarawak and Sabah accounts for about a third of Barisan Nasional coalition’s seats in the current Parliament.

Any dent in this massive support would put Najib under pressure at national level, says an analyst.

The BN coalition retained power in the 2013 elections with its slimmest margin ever, and it would have lost to the Pakatan Rakyat of Anwar Ibrahim if not for the Borneo states.

The Borneo states MP’s altogether refused to be dragged into a ploy by Anwar Ibrahim, who rumoured that 30 MP’s would quit the BN and join his opposition movement, thus overthrowing the BN.

Since then, Najib has been stuck in controversies with the biggest national scandal ever involving the 1MDB and the billions of ringgit found in his personal account at a private bank in Kuala Lumpur.

The by-election result is now used as a yardstick by Najib’s strategic team, thinking they have the state in their grip despite the numerous rumours of faltering support and impacts of the 1MDB scandal.

It is good news though for Najib that he will be able to count on the support of the Sarawakians, who ignored the 1MBD scandal last year giving the BN a larger majority in the local assembly.

But it is the pathetic state of the opposition parties in the state that makes it easier for Najib.

The opposition is divided on both national and local lines in the state, and the group that came together four years ago under Anwar Ibrahim has fractured and is non-existent today.

They will never be able to regroup with Anwar in jail.

The Democratic Action Party and People’s Justice Party or PKR of Anwar are now back to the their bickering, letting their weaknesses surface to the a wary public that does not want ‘outsiders’ to dictate their lives.

The Party Islam is also unwanted in the state, where its hard line Islamic policies are not appreciated by the population.

With its promises of handouts to the poor and a pipeline of development projects, including construction of a 28.9 billion ringgit ($6.5 billion) highway linking the two Borneo states, and the fixed-deposit voter bank, Najib can easily dominate in the next general elections.