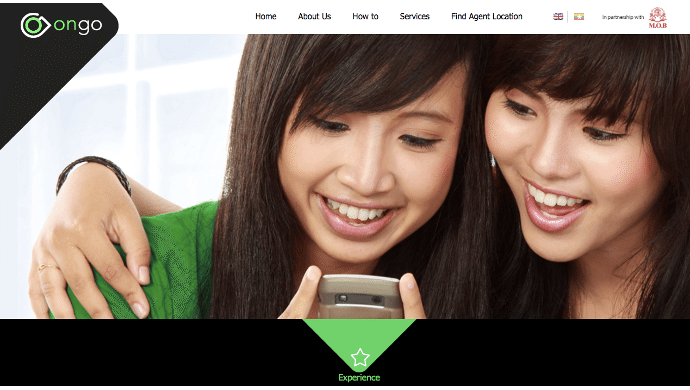 The National Bank of Canada (NBC) has acquired a 22 per cent stake in Myanmar-based mobile payment platform ONGO. No details of the deal were disclosed.

With the new investment, ONGO aims to ramp up the country’s cashless transaction adoptopm. Its goal is to “provide one million consumers in Myanmar with access to finance over the next three years”, said an official press release.

The rise of smartphone usage — fuelled by the slashing of sim card prices — has allowed large swathes of Myanmarese to link up to the internet. That, in turn, has enabled mobile payment services such as Thai e-wallet startup T2P to enter the market.

Also Read: Uber for Myanmar, Hello Cabs, raises funding and will compete with Grab and Go-Jek

ONGO is the consumer facing brand of Ronoc Asia, a subsidiary of the emerging markets investment business Ronoc. It offers a range of fintech services including payroll systems, e-wallets, locating of cash agents, airtime top-up, p2p transfers and bill payments.

“The addition of NBC as a strategic investor will strengthen our capabilities and accelerate our timelines in Myanmar as well as our expansion to other markets in the region,” said Michael Madden, the Founder and Chairman of Ronoc Asia/ONGO.

“National Bank of Canada is proud to become a partner of Ronoc Asia/ONGO. This investment in fintech complements the activities we already have in the ASEAN zone through our subsidiary ABA Bank, in Cambodia,” stated Louis Vachon, President and Chief Executive Officer of National Bank of Canada.

ONGO currently employs over three hundred people in Yangon and is expected to grow to five hundred by year end.