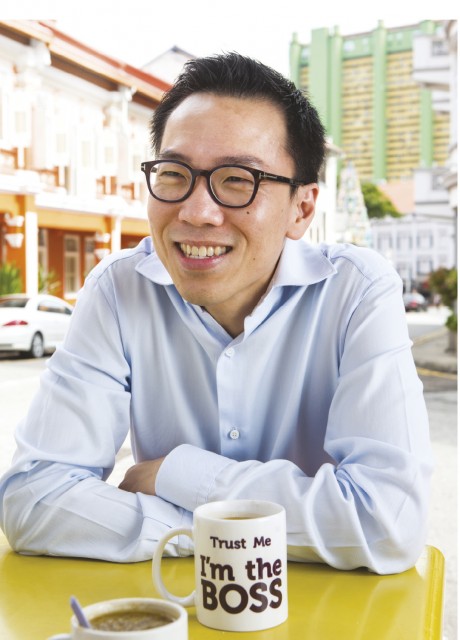 By: An angry “Cheong Suah” NSMan
Last week at the fifth EDB-ST forum on Singapore’s future, EDB Chairman Dr Beh Swan Gin urged Singaporeans to consider growing the Singaporean core by welcoming anyone who “wants to call Singapore home” (http://www.straitstimes.com/singapore/edbs-new-job-create-billion-dollar-businesses).
He added, “Ourselves, our parents, our grandparents, we were foreigners also at one time. That’s our heritage.”
But Mr Peter Seah, Chairman of DBS Group, said, “If two candidates for a job are equally good, I choose the Singaporean. It’s logical and it’s what other countries do.”
Dr Beh Swan Gin came from Malaysia
According to a newsletter Dr Beh wrote for a RI Alumni Magazine in 2011 (https://issuu.com/ripub/docs/one_issue03), he was originally hailed from Malaysia.
He came to Singapore at the age of 12. He was very keen to come to Singapore, he said, because he wanted to have a “better educational prospects”. He said, “It is rather hard to believe that I thought about such matters even before I became a teenager.” In other words, Dr Beh thought that he was already very matured in his thinking at age 12.
With a good ‘O’-level results, he later entered RJC in 1985. After his ‘A’-levels, he went back to KL for awhile while waiting for news of his university application to NUS. He then got into the competitive medicine faculty to study as a doctor in 1987 and later graduated in 1991 (https://sg.linkedin.com/in/swanginbeh).
However, despite getting into the heavily state-sponsored medicine course much treasured by many Singaporean students, Dr Beh realised that he didn’t want to become a doctor. He said, “Along the way, I figured that while I enjoyed studying Medicine, practising Medicine wasn’t how I wanted to live the rest of my life.”
“On hindsight, I think I was able to make such a drastic career choice because of the confidence that came along with the opportunity of being a student leader,” he added.
He was quite convinced that he wanted to be in the public sector, he said. He later joined the EDB. In the newsletter he wrote, he also seemed quite satisfied to have travelled the world. He said, “I have travelled all over the world, including exotic destinations like Iran, Cuba and more recently, Brazil; lived in Washington DC, Manhattan and Palo Alto; and made friends with people of different nationalities including CEOs and celebrities.”

Dr Beh Swan Gin did not serve NS
According to the EDB website (https://www.edb.gov.sg/content/edb/en/about-edb/our-leadership/executive-management/top-of-the-board/beh-swan-gin.html), Dr Beh joined EDB in 1992. Therafter, he held various portfolios over the years including leadership roles in the development of Singapore’s Biomedical Sciences industry cluster, as well as overseas assignments in EDB’s North American operations, said EDB.
Since he completed his ‘A’-levels at end 1986 and entered NUS medicine faculty immediately in 1987 before graduating in 1991 and later working as a hospital houseman for 1 year, we can safely conclude that Dr Beh did not serve any National Service. Because after 1 year of his housemanship, he quit becoming a doctor to join EDB in 1992.
While Dr Beh has the luxury to study medicine and even quit to become a doctor after his studies, many other Singaporean families have to spend hundreds of thousands of dollars to sponsor their children to study medicine overseas because they can’t get into the heavily state-sponsored medicine course in NUS.
While in EDB, in 2006 and 2007, Dr Beh held concurrent appointments as the Executive Director of the Biomedical Research Council at the ASTAR, as well as the Director of the Ministry of Trade & Industry’s Energy Planning Division.
He was promoted to become the Managing Director of EDB in 2008. In 2012, he became the Permanent Secretary of the Ministry of Law and on 1 Dec 2014, he was appointed Chairman of EDB.
In addition to his chairmanship in EDB, he is a Board Director for Singapore Technologies Engineering Ltd and chairs the Board of Singapore Technologies Electronics Limited. He is also a Board Director for Ascendas-Singbridge Pte Ltd, LucasFilm Animation Pte Ltd and the Human Capital Leadership Institute. He is a member of the Advisory Board for the University of St Gallen as well as the Singapore Management University’s Lee Kong Chian School of Business. Dr Beh is also a member of the Young Presidents’ Organisation.