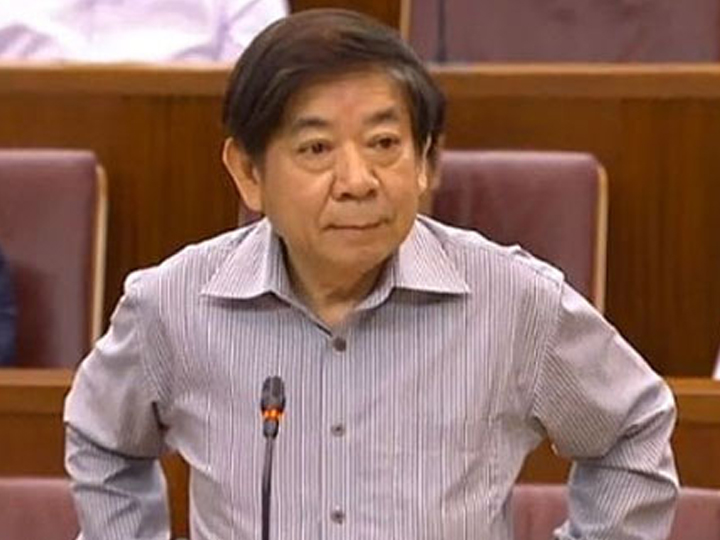 Singaporeans are beginning to have a love-hate relationship with their mass rapid system otherwise known as MRT and also Khaw Boon Wan’s nightmare.

But first, a bit of story-telling about the origin of the MRT.  Never been told, I promise. So you are the first to know about it.

Years ago, I was at an American think tank in California and having lunch with one of its very senior inhouse consultants. He asked me whether I knew Lee Kuan Yew or Dr Goh Keng Swee. Of course, I said No. How I wished. But we were not in the same social circle, really.

Then he came straight to the point. He told me he might have been partly  responsible for Singapore’s MRT.  I was surprised because I had never heard of him and I could not see how he was connected with it.

He told me a number of other interesting things which I would skip over here since today’s subject is just the MRT.

This is his MRT story: “I got to know Dr Goh because I had helped him in a number of small projects over the years. Then one morning, I got a call from him. He asked me whether I know anything about mass rapid transit systems and public transport. I said not quite because I did not specialise in these areas.

“Anyway, he asked me to get two sets of experts for a public debate on having the feasibility of having an MRT in Singapore, whether to commit to such a system or carry on with a truly comprehensive bus network. I told him I could do that.

“I knew some Harvard people and also some private sector consultants. I gave the list a week later to Dr Goh and I believe he chose some of these experts and held a public debate on whether Singapore, a small island, should even have an MRT. The rest is history, Tan.”

Yes, the rest was history. I want to be accurate, so I quote verbatim from the Infopedia:

“Despite the findings of mass transit studies, the government was still hesitant to commit to the MRT system. A team of foreign consultants (also known as the Harvard team) led by team leader Kenneth Hansen was engaged to review the previous mass transit and other transportation studies.

“In their report, the Hansen team argued that the earlier studies were based on incorrect assumptions and thus failed to consider other approaches to solve Singapore’s transport problems. Rather than a MRT system, the Hansen team recommended a high performance all-bus system coupled with feeder routes and motorcar restraint. Even if Singapore were to develop a MRT system, the team suggested that only one line be built as they believed that this would be sufficient to relieve traffic congestion and allow the bus system to function.

“The Hansen report resulted in much public attention on the MRT issue. It was widely publicised in the local media and a forum debate between the opposing consultants was televised. In May 1982, the government finally made the decision to build and completely finance the proposed S$5-billion MRT system.”

The important point I wish to make is this:  Our earlier leaders were very careful, very hardheaded about everything they did. By and large also, they did not open their mouths unnecessarily and say inane things.

Can you imagine? They were unsure whether to have an MRT. Perfectly normal for leaders who have had to commit public money and resources to an initially disruptive project (when the system was being constructed). They actually had a live public TV debate to rope in the whole population in the decision-making.

What Dr Goh – and later Ong Teng Cheong because I was told he was very keen on having an MRT – bequeathed, I am just sad our subsequent leaders have somehow messed up.

What happened during the Yeo Cheow Tong, Raymond Lim era? How did we ever end up with that CEO who seemed more interested in the retail than rail business? I am not putting any major blame on Lui Tuck Yew because I believe he did his best trying to cope with a system which could not cope with a sudden surge of users brought in by the massive import of foreigners.

So we now have Khaw Boon Wan supervising an overhaul which seems to be quagmired in an unending chain of fault exposures and a litany of strange  explanations and excuses.

One day, it is signalling. Next, it is defective doors. And we have just witnessed the ultimate Ownself Praise Ownself delusion.  He said the MRT is three times  more reliable than in 2015 and conveniently excluded the delays in the North-South Line due to the resignalling works on the North-South Line because these incidents “happen once in every 30 years”.

And he is unhappy with the media for playing up news on the problems.

Khaw said: “They think it is so easy … just like holding a pen and writing a few articles, and you get the signalling done. I wish it was so simple…If it was so simple, they don’t need us. We can ask the reporters to run the train system.”

The cheapshot answer to his remarks would be: But reporters are not paid millions. A fairer reply to him would be: Just do your job and stop giving excuses.

We want to have an MRT system which we enjoy riding on and not regard as unreliable – and our collective daily nightmare.