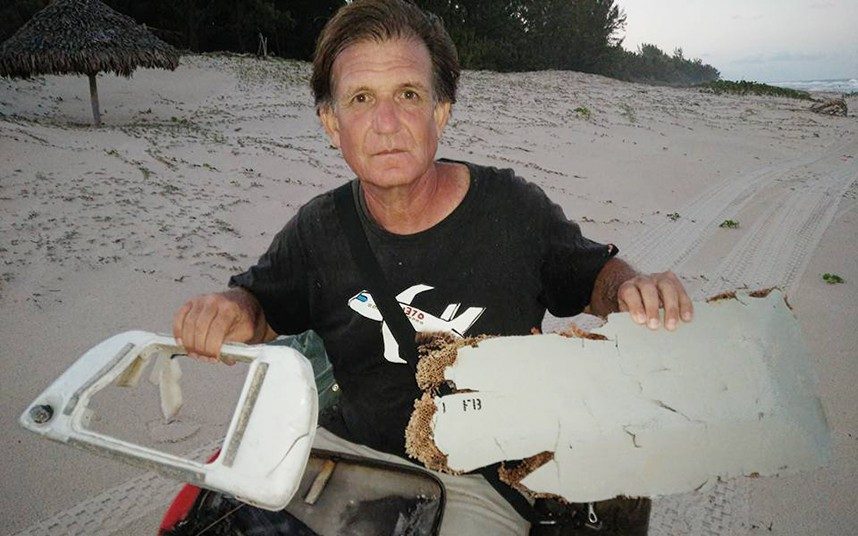 Wreckage found on a beach in Madagascar believed to be a window frame or wing panel from the missing MH370 plane give credence to a sinister end to the Malaysian aircraft.
Blaine Gibson, a Seattle lawyer who previously found possible debris in Mozambique, discovered the piece on Riake beach, on the island of Nosy Boraha.
This Seattle man is on a mission to find #MH370 and he shared these photos of new debris he found on a Madagascar beach.
Other pieces have been previously found in the region, including debris found in Reunion island and Mauritius.
Mr Gibson said he thought the piece resembled a window frame and has sent images to authorities searching for the plane.
A separate piece of possible debris from the missing Boeing 777 has been found on Kangaroo Island, an island off the southern coast of Australia.
The white piece features the words “Caution no step” and was described as being slightly larger than a shoebox.
Experts believe the discoveries in the western Indian Ocean is consistent with the location of the search zone off Australia.
But independent analysts are still saying the plane could have crash landed in other directions.