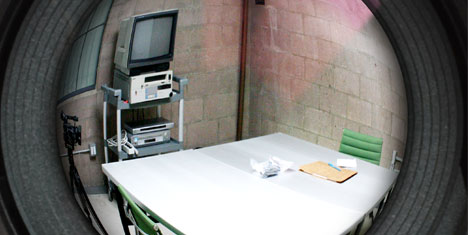 Socio-political commentator, Alex Au, has written a scathing commentary pointing to Law and Home Affair Minister’s extensive reference to video evidence in his Ministerial Speech on Benjamin Lim’s case, contrasting it with the police’s reluctance to video-tape its interrogations.
“He (Mr Shanmugam) said that closed-circuit television (CCTV) had captured the teenager making a detour to another block in the neighbourhood when coming home from school, and following a girl into a lift. Then he mentioned that CCTV within the lift provided evidence “showing what happened” without elaborating what exactly it showed. Indeed, it is now commonplace to see video cameras in many places in Singapore.”
Mr Au commented that since people can be jailed or even executed (sometimes wrongly) just based on whatever transpires in such police interrogations, it is important for the Government to invest in video-recording devices.
Suggesting that Singaporeans should not believe the words of politicians like the Law and Home Affairs Minister’s, Mr Au said that a video-recording would have factually resolved if Benjamin Lim was intimidated during the interrogation, and also if he was offered food.
“We should never take politicians at their word, least of all those who believe that ordinary citizens should be watched wherever they go, but they and and their police officers should never have to suffer similar scrutiny.”

Pointing to the principle of sub-judice which the Minister had referred to in his speech, Mr Au said that it was more appropriate in a legal system of jury trials, where ordinary people were selected to decide on the guilt or innocence of accused persons.
Jurors are not trained lawyers and therefore, they may be more easily confused by reportage and commentary outside the courtroom, he said. And since Singapore no longer has jury trials there is no justification for the sub-judice law here, Mr Au argued.
“We cannot on one hand boast (as this government is wont to do) that Singapore has high calibre judges, thus high standards in the administration of justice, while on the other hand imply, through the continued reliance on a sub judice law, that judges are feeble of mind and easily susceptible to being influenced by opinionated commentary. The judges either know what they are doing or not.”
Mr Au further suggested that the Singapore government was using the sub judice law, which has outlived its original intent, to silence opponents and shield themselves from criticism.
—
Read Mr Au’s blog post HERE.Follow us on Social Media