Malaysian Airlines lost RM8.4 billion: How much did Khazanah lose with MAS? 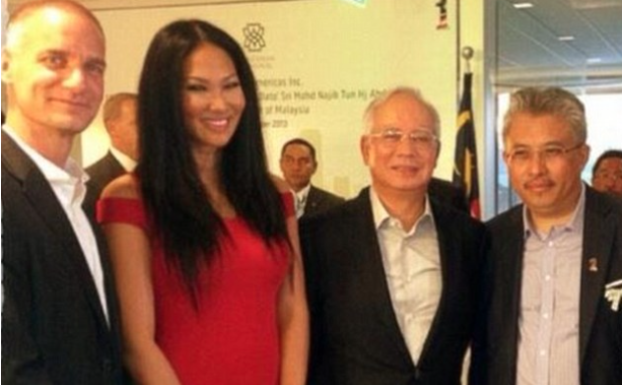 Khazanah Nasional Bhd made losses of RM1.7 billion in UBS bank and in the Indian online women’s underwear company Zivame.

This, the former boss of Khazanah Azman Mokhtar said was part of the deals, that is losses and gains, for investors.

However, Endau Analytics has taken him to task over his missive sent to the public after he resigned from the Malaysian Sovereign fund.

“We appreciate his candour and honesty in clarifying the MYR1.7 billion losses in UBS and Indian online women’s underwear company Zivame. But one thing remains puzzling.

“Azman took great pains – devoting some 300 words – to explain and justify Khazanah’s 22%, MYR80 million investment in Zivame, yet could muster barely 60 words on our flag carrier Malaysia Airlines (MAS) – whose losses were MYR8.4 billion and where Khazanah is the sole shareholder,” wrote Endau Analytics site.

Azman wrote, briefly: “There were companies where we have failed or not been able to turn it around completely thus far for various reasons including MAS/MAB in particular…”

Endau Analytics questions the figure that Khazanah lost in its bailing of the national carrier.

“How was this figure arrived at? Between 2011 and 2013 alone MAS lost over MYR4 billion. And we have yet to take into account the estimated USD1.2 billion (MYR5 billion) “investment” on six Airbus A380s, an aircraft whose residual values are laughable.”

The site asked whether Azman can explain the MYR2 billion losses at Penerbangan Malaysia Berhad (PMB), the leasing company Khazanah established over a decade ago – see the front-page cover and excerpts from the Focus Malaysia article (above).

That article is almost four years old (Dec. 6, 2014) and Khazanah has never bothered to respond to the questions raised.

That’s not all. What about the MYR6 billion bailout of MAS which Khazanah concocted in 2014 – shouldn’t that be included as losses, too? Or is that money recoverable?

Azman noted Khazanah’s investments in Alibaba made over MYR6 billion gains – that’s the same amount that was dumped to save the national airline, with no guarantee of success! ”

So, plus, minus, we’re back to square one. Aviation aside, why did Azman get all worked up on July 11 when The Star published a photo taken at a Khazanah event in San Francisco way back in September 2013?”

A SMILING AZMAN WITH EX-PM NAJIB AND TWO UNINVITED GUESTS – The guests are Tim Leissner and his wife model and businesswoman Kimora Lee Simmons. Azman is on the right.

Leissner was a high ranking official at Goldman Sachs and was involved in 1MDB deals.
- Advertisement 3-

After The Star newspaper published the photo, Azman quickly informed the media that the two people who were with him and former PM Najib Razak in the photo – were in fact uninvited guests.

Why did it take Azman five years to set the record straight when the photo had been widely circulated on the Internet in Malaysia since September 2013? Would Azman have made the clarification if there were no change in government on May 10?

Khazanah, a government-owned company is where all Malaysians are stakeholders, but where the employees are very well paid. Its CEO gets a handsome MYR7 million salary, according to Tun Mahathir.

“Have a good rest, Tan Sri. We hear Azman has invested in a swanky waterfront property in Iskandar Puteri, Johor Bahru. It makes sense given that he was one of the architects of the Iskandar Malaysia project and will have a vested interest in its long-term success (or God forbid, failure),” wrote the site.Follow us on Social Media