In a keynote address on the World Human Rights Day, Marina Mahathir said minorities are often misrepresented as demanding more rights than others 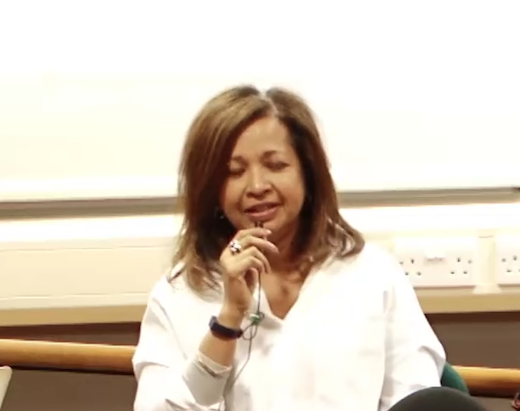 Equal rights for all Malaysians does not mean people will go dance naked in the streets of the country, says social activist and daughter of the Prime Minister of Malaysia, Marina Mahathir.

In a keynote address on the World Human Rights Day, she said minorities are often misrepresented as demanding more rights than others.

“If we give them the freedom to be themselves, they say, they will want to dance naked in the streets,” adding that alarmist claims such as these must be confronted and refuted.

“People who are demanding their rights are not demanding more rights than others,” said the PM’s daughter.

She was speaking at Suhakam’s 20th-anniversary function in Kuala Lumpur. Suhakam is Malaysia’s Human Rights Commission of Malaysia.

‘Minorities are often misrepresented as trying to get special treatment when in reality they just want to be treated as equals.”

She said minority groups continue to be victims of a mindset left over from colonial times.

This includes the idea that certain races, religions and gender are superior to others.

“Nowadays, what we frequently hear is ‘do not violate my human rights, but I do not care about yours’.

“Some people seem to treat human rights as a form of selfishness, exclusively available to whoever claims it but not necessarily to anyone else,” she said.

She also noted a global trend where right-wing governments are reversing gains for women’s rights.

“All over the world, right-wing governments are reversing gains for women’s rights, dismissing the term ‘violence in the family’ as a product of ‘radical’ feminism or discrediting women’s organisations as ‘foreign agents’ threatening national identity.

“As the New York Times noted, the rollback of women’s protections doesn’t impact just women but goes hand-in-hand with an overarching decline in human rights.

“The United Nations Human Rights Council put it most succinctly by saying the corrosion of women’s human rights is a litmus test for the human rights standards of the whole society,” she said. -/TISG