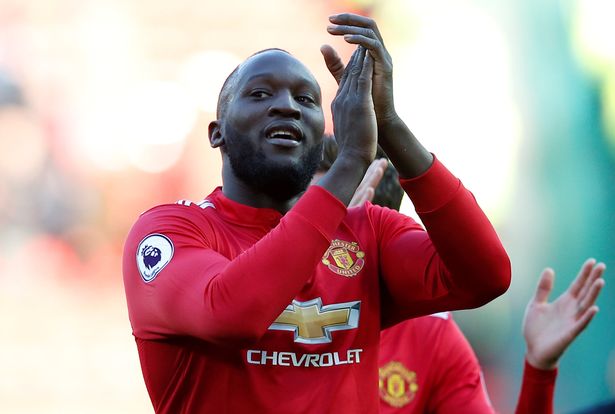 WHAT an unfair sporting world, you may say.

Romelu Lukaku is a 20-goals-a-season striker and has scored 126 goals in England. Yet he has been whacked as a “flat-track bully”.

“I have proved myself,” he lashed out at his critics after his latest strike against Chelsea was the first against a top-six rival, even though he has netted 22 times this season.

The £75million Belgium striker is clearly irritated by the brickbats thrown at him and feels he deserves respect because of his haul of 126 goals in England.

“Year in, year out people expect 20 goals from me,” he says. “I’ve been doing it for 10 years straight so I think I’ve proved myself.

“You expect a bit more respect, but it’s the situation we’re in. I don’t listen to it. I just want to improve and show the people what I can do on the pitch.”

Mind you, the current campaign at Manchester United is Lukaku’s sixth in the Premier League and he claims his critics forget he is 24 and still developing because he broke through with West Brom at such a young age.

“Yeah, because I’ve been in the game for so long,” he said. “I started playing when I was 16. That’s the situation around me. I just need to keep working hard. I think I’ve got a nice record. I’ve scored a lot this season and I just want to keep going.”

Lukaku makes it clear that his decision to move to Old Trafford rather than return to Stamford Bridge in the summer.

“When I make a choice, it’s with my head and my heart,” he reiterates. “I made the right choice for me. As you can see, I’m in a good situation. I’m with a manager and players who push me every day. The challenge is there to win and it’s something I wanted.”

Most importantly, he says: “I’m playing for the biggest club in the world, but not only that, I want to win trophies.”

What I appreciate about Lukaku is his honesty that he is still in the throes of learning the art of goal-scoring. He confidently says he is happy with his form of a record of 167 goals in 357 games since making his debut for Anderlecht as a 16-year-old in May 2009.

“I think people forget how young I am because I’ve been in the game for so long,” he said.
“I started playing for Anderlecht when I was 16. Year in, year out, people expect 20 goals from me. I’ve been doing it for 10 years straight so I think I’ve proved myself.

“You expect a bit more respect but that’s the situation around me. I don’t listen to it. I just want to improve and show the people what I can do on the pitch. I just need to keep working hard. I think I have got a nice record. I’ve scored a lot this season and I just want to keep going.

“I know that I can improve and I want to improve and really work hard. I want to win trophies. We are still in the fight in two competitions. It’s not going to be easy but it’s a nice challenge.

“What can I improve? Everything. I’m 24 and I think I have a lot of years ahead of me to improve before my prime so I’m never satisfied. I always want to improve and get better and it’s a nice challenge.”

Asked what will earn him the respect he feels he deserves he added: “If I win. I want to win. As long as I win and I lead my team to winning trophies that’s when I will be really satisfied.

“As a football player, I don’t play for the individual. I think a lot of big players that we recognise today in the game are players who have won something and I want to be part of them.

“The road is still far ahead, but I’m ambitious and I’ll work every day for my team to win – I’m not thinking about myself.”

Chelsea, his first club in England, wanted to take him back to Stamford Bridge last summer but he has no regrets about joining United and re-uniting with Jose Mourinho, even though the United boss sold him when he was in charge of the London club.

“Regrets? No, no, no,” he said. “When I make a choice it’s with my head and my heart. I made the right choice for me. As you can see, I’m in a good situation. I’m with a manager and players who push me every day. I’m playing for the biggest club in the world. It’s something that I wanted. But it’s not only that the challenge is there to win trophies.”

Lukaku explained why he celebrated Lingard’s goal more wildly than his own by saying: “It was the winning goal! I like to win and it doesn’t matter who scores. I always have the desire to win.

As for his goal he said: “I thought I would score but the ball slowed down. They should make the pitch a bit wetter. I’m happy. I’m always happy as long as we win. That I scored and got an assist today was good, but at the end of the day you need to keep improving week in, week out, and try to get better.”

Whatever, the microscope will always be on Lukaku.

He will need to repeat his performances against Chelsea before anyone can judge decisively in his favour.

Liverpool and Arsenal still have to travel to Old Trafford, while there is a forthcoming trip to the Etihad (Manchester City), too – a ground Lukaku has found joy at in the past.
What say you?

Three blanks and the same old questions about his reliability will persist.

Three goals and we may finally have some answers to silence his critics.

• Suresh Nair has covered the English Premier League (EPL) for over three decades and feels Lukaku is capable of rising to the big occasions, even at the World Cup in Russia despite being on the brunt of criticism.Follow us on Social Media