The LTA, upon receiving feedback on the matter has taken enforcement action against the driver after officers located the vehicle

The Land Transport Authority (LTA) has taken enforcement action against a driver who was seen being scolded in a viral video for revving his car engine too loudly every morning.

A video that was published on the Road.sg Facebook page last week showed two men in a heated argument at the multi-storey carpark at Blk 161A Meiling Street on early Wednesday morning (27 Jan).

The issue was apparently caused by one driver’s habit of revving his engine very loudly every morning at 5am, causing noise disturbance to the entire neighbourhood. The person who took the video claimed that the driver was inconsiderate and would continue revving his engine even after parking his vehicle.

Claiming that the volume was amplified by the echoes in the carpark, the man added: “I come ask u be considerate then u call police. Call already never mind, then wanna shout like paikia. Paikia call polis ah? Hahahahhahaha.”

In the video, the man can be heard calling out the driver for going “boom, boom, boom every morning, brother” and asking him to be more considerate. The driver claims that the man was verbally abusive before he started filming their altercation and can be heard saying: “Wa, now video talk nicely ah. Waaalao eh, just now want to play gangster.”

Several netizens called on the authorities to take enforcement action against the driver and it appears that the LTA has indeed acted in this case.

On Tuesday (2 Feb), the SG Road Vigilante Facebook shared a response from LTA, stating that it has received feedback on the matter and has taken enforcement action against the driver after officers located the vehicle.

The LTA, a statutory board under the Ministry of Transport, added that the vehicle will be subjected to an inspection in due course in the case which has been classified an exhuast related offence. 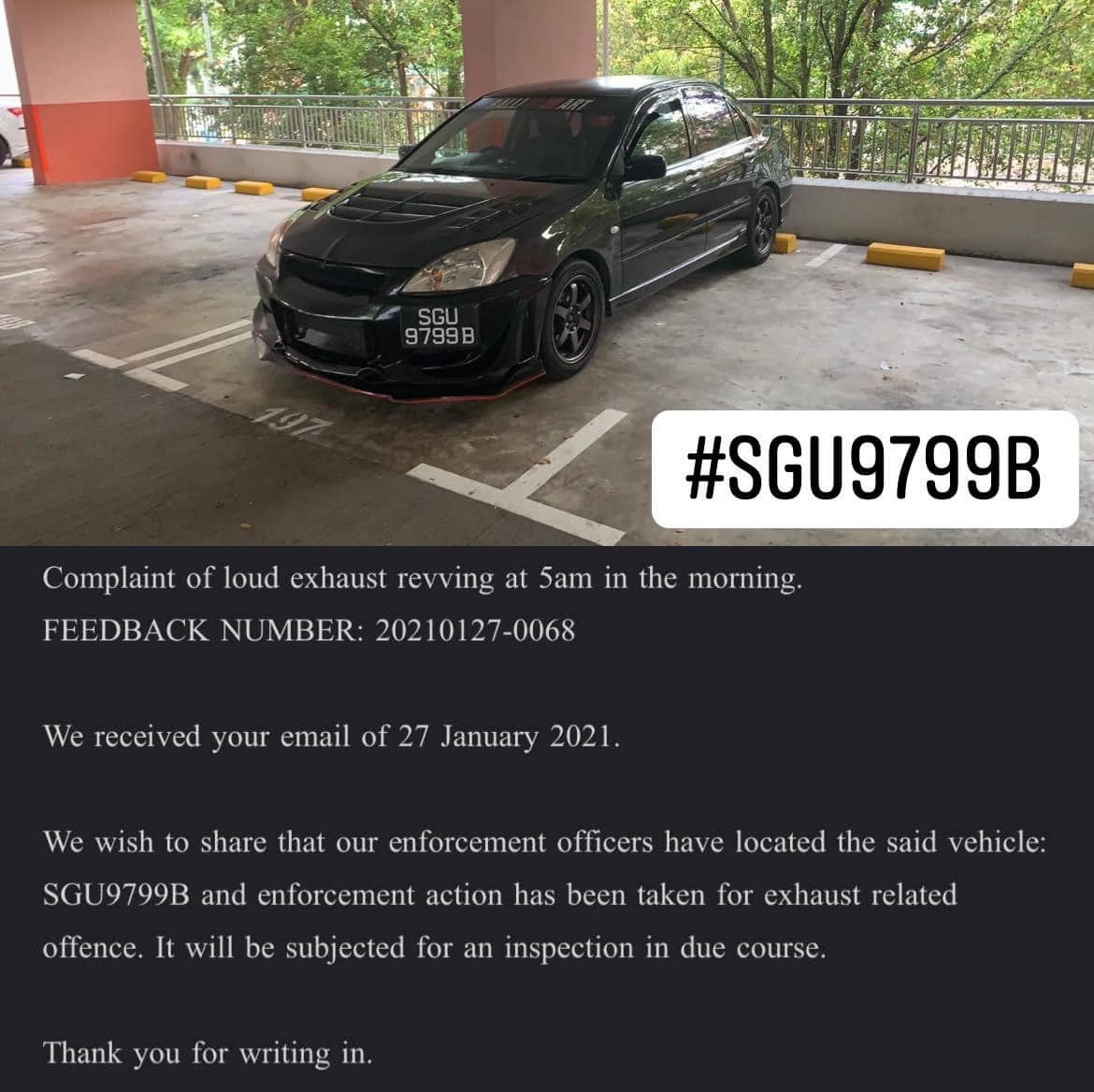