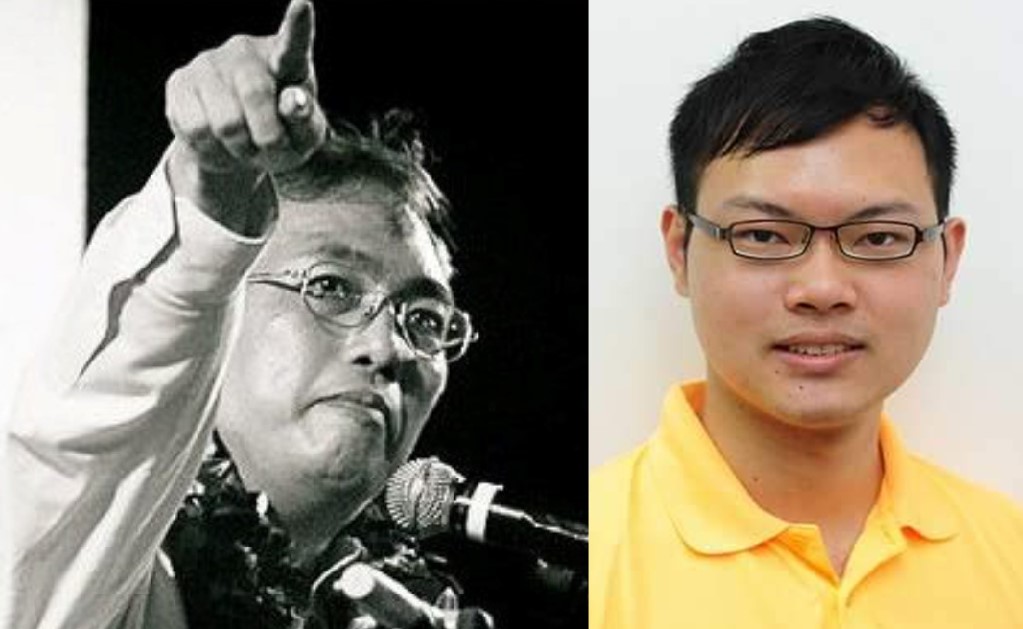 Tan continued: “As Singapore approaches its next General election, faceless and anonymous opportunists are joining in the opposition parties hoping to ride on the wave of anti-PAP sentiments and grab a S$15,000-a-month seat in Parliament. These opportunists however must be avoided, even as Singaporeans seek to remove the cancerous PAP.”

He then proceeded to identify what he believes are “clown parties” and a few ““opposition veterans” who appear every election but absolutely unfit for office” in the post: 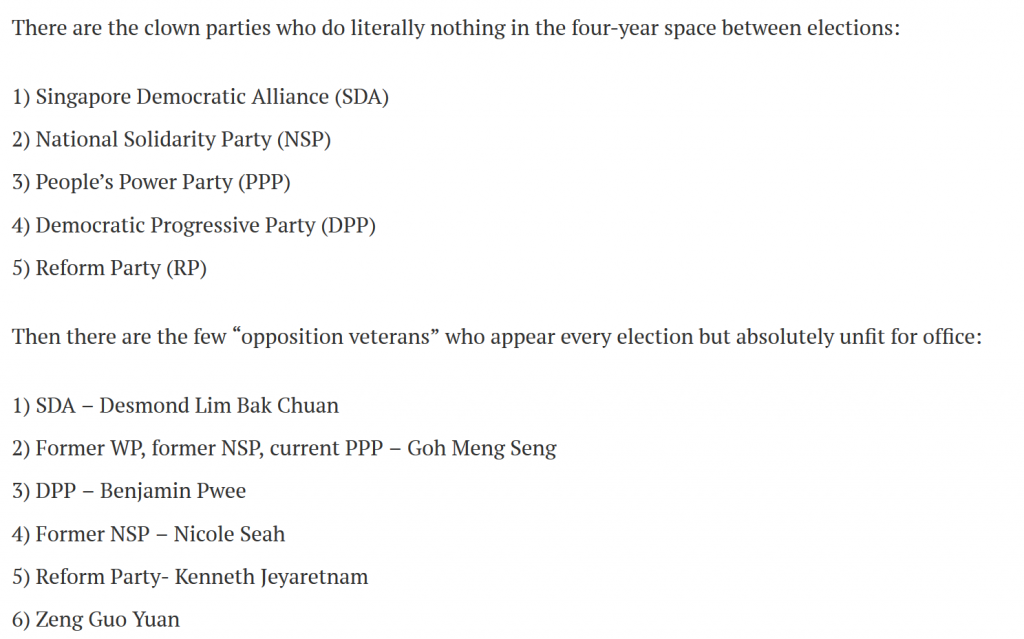 Urging the people to vote for opposition parties like the Workers’ Party and the Singapore Democratic Party, Tan wrote that the “opposition opportunists” he identified “are as good as useless, and you hear absolutely nothing from them on major government policies and current affairs like GST increase, water price increase and the HDB lease issue. Some like Goh Meng Seng are literally toxic as they attack other opposition parties for no compelling reason.”

Goh Meng Seng, the leader of the People’s Power Party (PPP) and a veteran opposition figure who has served in opposition politics for more than a decade, lashed out at Tan in a Facebook post yesterday.

Calling Tan a “fraudster” who leeches off hardcore opposition supporters by whipping up sensation anti-PAP rhetoric, Goh revealed his personal experience with Tan whom he encountered on the election trail in 2011: