The Independent Singapore News
Home News Featured News ‘Light on the Lotus Hill’ – The Story of a Buddhist Monk... It was the year 1939. The Shuang Lin Monastery in Toa Payoh was getting ready for the “Shuang Lin Monastery Vesak Day Vegetarian Meal Fund Raising Event”, an event that grabbed significant eyeballs for being the first major fundraiser since the Sino-Japanese War which broke out two years earlier. 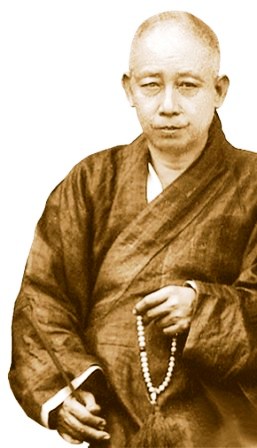 As the Abbott of the monastery, Venerable Pu Liang, was preparing for the big day, a few volunteers from the China Relief Fund approached him and asked if they could set up a booth to collect donations for the fund from the fundraiser’s patrons. The Abbott agreed to their request and the event went on to be highly successful and drew droves of people in the thousands.

A total of 10,000 Straits Dollars were raised that night (an unprecedented feat considering the war-ridden times) and these funds were designated to sustain the monastery and its monks for the next few years. However, in a move that no one saw coming, Venerable Pu Liang donated the entire sum of money collected, to The China Relief Fund.

He explained at a press conference that ‘in times of crisis, every citizen, regardless of age, sex or religion, has a duty to serve the country’ and implied that this was his way of contributing to the people, given his limited resources as a Venerable.

This episode easily sums up the kind of person Venerable Pu Liang was. In addition to this significant benefaction, he has been a key figure during the Japanese Occupation doing many charitable deeds such as allowing Burma Road volunteers to train at the monastery and holding memorials and prayers for war casualties.

Sadly, Venerable Pu Liang was one of the many lives taken in the 1942 Sook Ching Massacre, a mass annihilation of 25,000-50,000 innocents who supported China’s war effort. He, along with two of his disciples, was killed at an execution site in Changi Beach, under orders to eliminate anti-Japanese notions in Singapore.

Cut to the year 1999, fifty-some years from the mass-murders. Nanyang volunteers are commemorating 60 years since being drafted to China, with most of them rendering their services to build Burma Road.

It’s a field day for the press and a reporter from Lianhe Zao Bao interviewed an elderly Hainanese man, Wu Hui Min, who recalled the times when he trained at the Shuang Lin Monastery. This sparked the interest of a Buddhist nun, Venerable Mun Cheng, who saved a clipping of the morning post. She kept the newspaper clipping for six years and in the year 2005, hired anthropologist, Mr Chan Chow Wah, to track down the whereabouts of Wu Hui Min.

The London School of Economics graduate who has a penchant for history and heritage, decided to kill two birds with one stone and travelled to China to rediscover his roots and track down Wu. He finally found Wu Hui Min, after an arduous six months.

Mr Chan then came to know of Venerable Pu Liang through Wu Hui Min and was shocked to discover that this martyr’s story hasn’t been documented in history!

This proved to be a turning point in Mr Chan’s life and he dedicated a significant portion of his life thereafter in efforts to restore Venerable Pu Liang’s story into the annals of Singaporean history where, Mr Chan believes, he rightfully belongs.

Mr Chan tackled this formidable task with zest, and spent a span of four years in research. He brought this practically unknown piece of vital history back into the public’s eye, and in 2009, published a novel revolving around the Abbott – a piece of contemporary historical fiction documenting the Sino-Japanese War and the Sook Ching Massacre, as seen through the eyes of a monk.

“This book is about a few major historical events that unfold in the life of a Buddhist monk”, defined Mr Chan, when I interviewed him.

“If we read history, we can find out about the major global events. But how do these events unfold in the lives of the ordinary?” he mused, “People with faces and names that we don’t know. Whose lives shape the course of history.”

Mr Chan’s debut novel, ‘Light on a lotus hill’, was released on the 28th of May 2009 – exactly 70 years since Venerable Pu Liang’s iconic fundraiser. It has since achieved major critical acclaim, with influential universities internationally (such as Yale, Harvard, Columbia, UCLA and Berkeley among others) stocking copies of his book in their libraries. ‘Light on a lotus hill’ has also been inducted into the Library of Congress in the United States and the Imperial War Museum in the United Kingdom, besides various other affluent research centres globally.

In 2011, Mr Chan has adapted his much-lauded novel into a documentary – ‘Light on a Lotus Hill’ – a documentary revealing an episode of Singapore’s forgotten history’. This half an hour long, English language production was put together with original 1930’s footage from Mr Chan’s research and was conceptualized and mixed entirely by him.

On his reasons to translate the book into a documentary and the differences between these two mediums, Mr Chan says, “To be honest, a book can be a bit dry. It is more concerned with facts – a bit too factual. And after publication (of the book), I had more data. I’ve got so much material on hand – enough evidence to present on a visual plane.”

“More challenges are depicted”, he continues, “There is more context. I think the visual presentation would be more powerful but the main story and information is all the same.”

The self-funded, self-promoted project premiered in London at the end of 2011. The documentary has since been screened internationally and locally.Follow us on Social Media