“Leon Perera is no JBJ” – J. B. Jeyaretnam’s son blasts 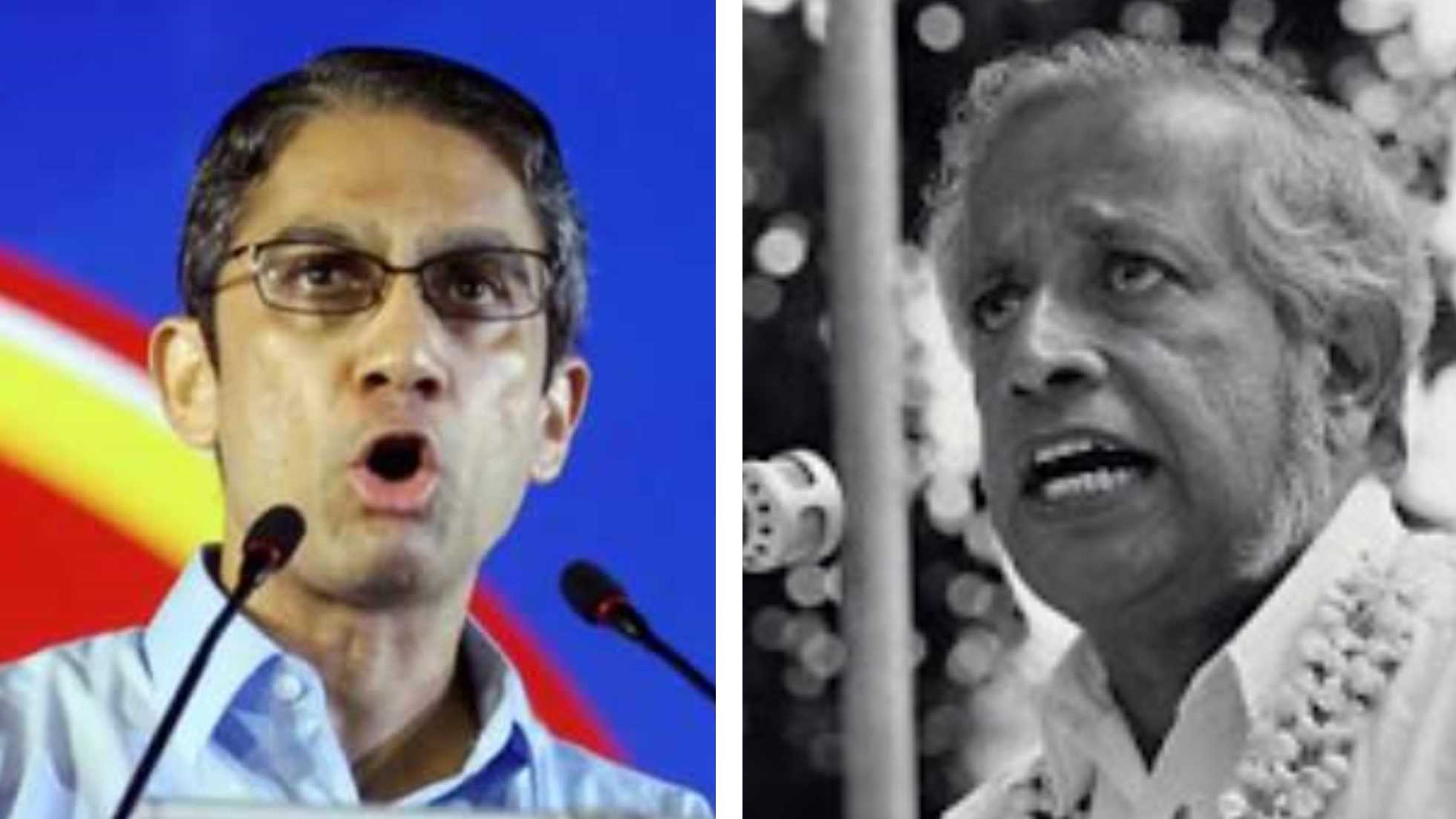 On the first exchange between Chee and Perera, where the two tussled over implementing a live video feed covering parliamentary proceedings, Kenneth said “Chee’s attack only served to demonstrate the complete control the Government have over the media monopoly,” before asserting that “Perera, like his other WP colleagues, gave Chee much too easy a ride over this.”

He blasted Perera even further as he analysed Perera’s second exchange with Chee and asserted, “It would be a mistake to see Perera as in any way shape or form taking on the role of JBJ as a tireless crusader for the people’s rights”:

“In another exchange the same day Chee insinuated that Perera should have declared his interest when he asked a question about e-cigarettes.  Chee claimed that since Henkel produces adhesives for cigarettes and Henkel is a client of Perera’s company that he would benefit personally.

“This insinuation reminded me of what happened to my father in Parliament. Within a few months of his election in 1981, he was referred to the Committee of Privilege when he asked a question about insufficient safeguards over the detention of drug addicts. After a referral  by Jayakumar, the man whose defamation suit mysteriously avoided Low and WP but bankrupted JBJ in 2001,  and the late Eddie Barker, the Speaker reprimanded my father for having bought the house into disrepute by failing to declare that he had acted for some detainees previously and succeeded in getting several of them released through habeas corpus applications.

“Yet, as JBJ pointed out, the charge was absurd since he had no direct pecuniary interest in raising this issue which was one that concerned all Singaporeans.  My father referred to arguments he advanced before the Committee based on the UK Parliament rules which Singapore’s Parliament is supposed to follow. However, just as in his fake conviction four years later when he was jailed and lost his seat for something that was not an offence, he was reprimanded for something he was not guilty of.

“Chee’s attack on Perera mirrors that on JBJ thirty five years ago though in this case there was no threat to refer him to the Committee of Privileges. It would be a mistake to see Perera as in any way shape or form taking on the role of JBJ as a tireless crusader for the people’s rights.”

Kenneth continued to lash out at Perera and claimed that the WP member was full of “nauseating praise” for the ruling party and alleged that Perera’s “biography reads like that of a PAP candidate”:

“I took part in a TV forum just before the last election representing Reform while Perera represented WP. He started off by fulsome and nauseating praise for the PAP and called their election manifesto excellent, a strange choice of words for a member of the Opposition, at least in a democracy though not in Singapore where most members of the Opposition fawn over the PAP.

“His biography reads like that of a PAP candidate. He did PPE at Oxford as a government scholar before working for the EDB and later founding his own economics consulting firm. According to the firm’s website their client list includes many MNCs as well as Government agencies like NEA. One would not get that kind of client list in Singapore if you did not receive the approval of the PAP Government. Singapore is lauded by right-wing economic think tanks as some bastion of economic freedom yet the Government exerts overarching control over the economy and people’s lives.

“So maybe Chee was just sending a warning shot across Perera’s bows that the Government knew who all his clients were and that if he became too outspoken or asked too many inconvenient questions he might find that his client list would evaporate. I am sure that Perera will take note and his questions will become even more timid and focused on nonessential issues than they already are.”

Kenneth ended his post by referring to a conversation he had with WP deputy Secretary-General Pritam Singh and bemoaned that “we will never get a real democracy” with MPs from the WP who are allegedly wary of “going against the PAP too much.”

“I spoke to Pritam Singh, the WP MP and deputy SG, recently at a conference in  KL and he said that while he admired JBJ, who to quote his words was “like a meteor in the sky”, he had a wife and children to take care of like the other WP MPs and was not prepared to jeopardize them by going against the PAP too much. As long as this remains the case we will never get a real democracy. Things will only get worse.”