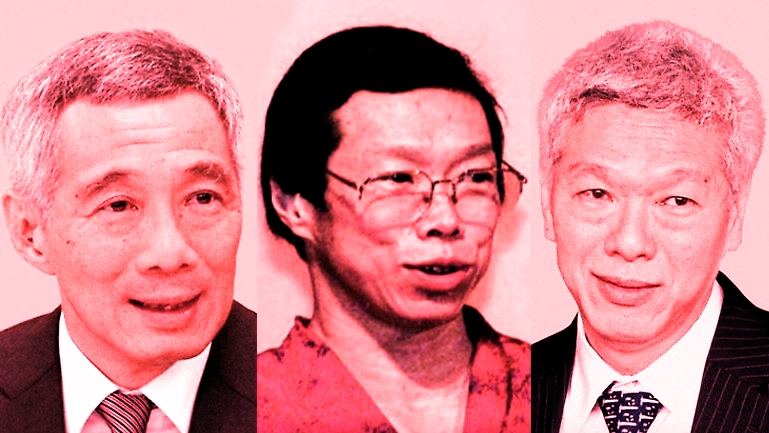 Singapore — Dr Lee Wei Ling and Mr Lee Hsien Yang have revealed that their relationship with their elder brother, Prime Minister Lee Hsien Loong, remains fractured more than three years after they brought a private dispute about their late father’s will into the public domain.

The Lee siblings are the children of founding Prime Minister Lee Kuan Yew, who passed away in 2015. Just over two years later, in 2017, Dr Lee Wei Ling and Mr Lee Hsien Yang accused PM Lee of abusing his power to preserve their family home, against their father’s willed desire to demolish it, in order to bolster his grip on power.

They also accused him of using state organs against them and of grooming his son, Mr Li Hongyi, for politics. On June 14, 2017, the siblings added in a Facebook post: “We do not trust Hsien Loong as a brother or as a leader. We have lost confidence in him.”

PM Lee vehemently denied in Parliament the charges levelled at him by his siblings. He added that that he did not plan to sue his siblings for their comments as that could “besmirch” their parents’ names.

Mr Lee Hsien Yang and Dr Lee Wei Ling subsequently offered a ceasefire provided that neither they nor their father would be misrepresented.

Tensions between the siblings, however, did not cool after the ceasefire. The Attorney-General’s Chambers (AGC) initiated legal action against Mr Lee Hsien Yang’s son, Li Shengwu, over a private Facebook post and lodged a complaint against Mr Lee’s wife, Lee Suet Fern, to the Law Society.

On Sunday (June 14), exactly three years since the younger Lee siblings expressed a lack of confidence in their brother, Dr Lee Wei Ling reiterated that they still had no confidence in PM Lee and that “recent events” had only reinforced their view.

She said in a Facebook post that was shared by Mr Lee Hsien Yang: “On 14 Jun 2017 Yang and I made public our concerns in a Facebook post entitled “What has happened to Lee Kuan Yew’s Values?” We stated that “We do not trust Hsien Loong as a brother or as a leader. We have lost confidence in him.” Events since then have only served to reinforce our view.”