Home News Featured News "It would be a great disservice to Singaporeans if we were biased"... 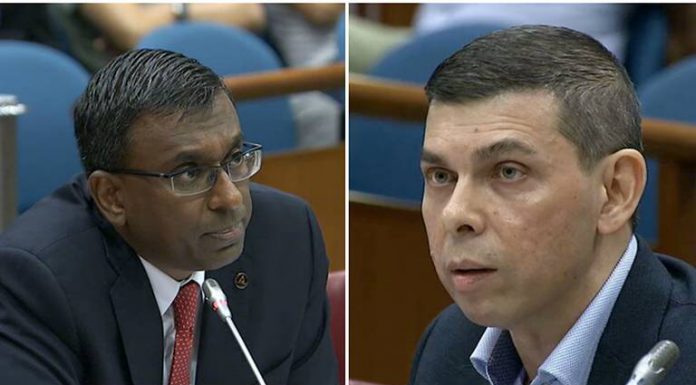 Senior editors of The Straits Times and Mediacorp addressed the parliamentary Select Committee on Deliberate Online Falsehoods (DOFs) today and said that it does mainstream media outlets no justice to be pro-Government since the public have a wider variety of new sources, in today’s age of social media.

The editors expressed their views after panel member, Nominated Member of Parliament Chia Yong Yong suggested that trust in mainstream media “is still high but not as high as it used to be”. Noting that there is a perception that the mainstream press is pro-Government and this has led to the “erosion of trust” in the press, she said:

“On the ground, there would have been some erosion of trust. There is a perception in certain quarters that the mainstream press is pro-ruling party, or pro-Government, and in some quarters they say mainstream media has now swung the other way.”

Mediacorp’s editor-in-chief Walter Fernandez responded that the wide array of news sources that are now available have caused readers and viewers to have “moved on significantly”. This has caused the mainstream press to “fight to earn their trust on a daily basis”, he added:

“Before the social media advent, there were far fewer brands of news sources. These were larger, more dominant and enjoyed a higher degree of trust.

“The significant fragmentation of the audience has left them with a significantly wider choice … We are judged now quite differently by the expectations of an audience that has moved on significantly, and we have to fight to earn their trust on a daily basis now.”

“In that sort of environment, against that sort of landscape, it does us no justice to want to be ‘pro-A’ or ‘pro-B’ in that sense.

“Our fundamental premise is we have to provide accurate, contextual and timely information to audiences and allow them to make up their minds.

Straits Times editor Warren Fernandez echoed these sentiments and said that it would ultimately be a disservice to Singaporeans if they were biased:

“Over the last five, 10 years we’ve tried extremely hard to be fair, balanced and objective because we see our role as not trying to play up one party or the other, but to give our readers as much information as they can to make decisions for themselves.

The senior editors’ comments come as Singapore maintains a low position in the annual World Press Freedom Index by Reporters without Borders each year. In 2017, Singapore took the 151st place, amid persevering beliefs that the mainstream media has links to the Government and the ruling party.

On the topic of censorship, the ST editor told the Committee that a crucial distinction must be made between the “exercising of judgment by editors, and censorship or self-censorship”. He said:

“Before we publish anything, we would want to assure ourselves that the content we are putting out is not libelous, unfair or biased…it’s us exercising responsibility.

“We recognise it’s a duty, and we make judgment calls and we take constant feedback from many sources – newsmakers, readers, organisations…that’s the critical role a responsible media organisation would play.

“If you’re going to have a meaningful exchange and debate, you need informed decisions. It’s not a matter of every view being put out there, and have a slugfest, and expect sweetness and light to emerge.”

Senior Minister of State for Communications and Information Janil Puthucheary, another panel member, asked the editors to shed light on how they internally handle falsehoods and mistakes.

Channel NewsAsia’s chief editor of digital news, Jaime Ho, shared that in such cases, there would be “full transparency” in explaining why the mistake was made and in reporting the actual truth, while Walter Fernandez added that there are multiple checks within the newsroom for potential errors.

Asserting that there is “zero tolerance” for falsehoods, “whether low or high impact”, he added: “If we do want to differentiate ourselves from the other social media players; the other purported news organisations; one-man operations and stuff like that – we have to take a single position.”

ST’s Warren Fernandez added that the publication does not take such mistakes lightly “because we know the trust earned from the public is precious”. He said:

“We take mistakes, inaccuracies and wrong information we put out extremely seriously. We would want to check and find out what happened and why, and take remedial action.

“The sense of angst felt in newsrooms when something like that happens is tremendous – because we know the trust earned from the public is precious, and not to be taken lightly at all.”

Interestingly, netizens called The Straits Times out for allegedly publishing errors or misleading statements in three separate articles within the span of this one week: