The Independent Singapore News
Home News SG Economy Is this another Sermon on the Mount?

Is this another Sermon on the Mount? 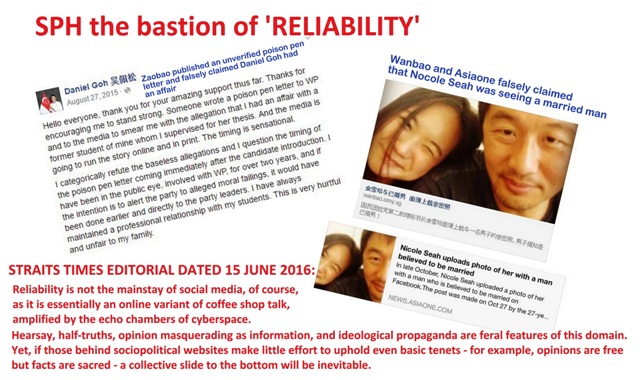 By: Yoong Siew Wah
It is a well-known fact that the Straits Times is a PAP propaganda organ. For it to come out now to portray itself as a purveyor of unvarnished news to the public is stretching the imagination to the limit. The sceptical public may want to know the motivation of the Straits Times in its editorial today casting unmitigated aspersion on the integrity of the TR Emeritus (TRE) when the issue of the erroneous reporting of the medical expenses of Finance Minister Heng Swee Keat has been satisfactorily clarified by TRE and other websites.
TRE has already apologised for the inadvertent error and does the Straits Times consider that a pound of flesh is the more appropriate punishment?
No one benefits from aggravating the mishap of Minister Heng and what locus standi is the Straits Times on in insinuating that TRE is making Minister Heng the target of lies? Is the Straits Times not admitting that it lacks the ability to exercise proper judgement and due diligence (to quote the ST) on such a serious accusation?
As mentioned before, Mr Heng is a well-liked minister and it is unfortunate that he is afflicted with a severe stroke in the course of his duty which requires prolonged hospitalisation and intensive care. As the cost of the hospital care is quite astronomical it is quite natural for some members of the public to wonder if this is shouldered by the taxpayers.
Since the government has now clarified that the taxpayers will not be burdened with Mr Heng’s medical cost, it would have expected that matters will take their normal course of waiting for the complete recovery of Mr Heng with TRE having apologised for the erroneous reporting and other websites giving their views in mitigating the TRE’s error. In fact the whole issue is a storm in the teacup.
It is indeed mind-boggling that the Straits Times editor has found it fitting the revitalise the issue at this point and it will be interesting to know if this is done with a noble motivation.
That the Straits Times has all along viewed TRE and other similar websites as undermining its monopoly of purveying unvarnished news to the public is not too far-fetched. So if it could expose TRE and other websites for disseminating gutter journalism, it would smooth the way for it to continue to disseminate PAP propaganda to the public. In this way the people who are short-changed will be the public.
—
Republished with permission from Mr Yoong’s blog ‘Singapore Recalcitrant’.
The erudite Mr Yoong was the Director of Singapore’s Internal Security Department (ISD) from 1971 to 1974. He was Director of the Corrupt Practices Investigation Bureau (CPIB) in the 1960s, and had a distinguished career in the Singapore Special Branch in the 1950s.Follow us on Social Media