Home News Featured News Is there a public housing crisis in Singapore?

Is there a public housing crisis in Singapore? After watching prime minister Lee Hsien Loong’s 2018 National Day Rally speech, many Singaporean homeowners asked the question: Is it worth it to opt into the new housing improvement (HIP 2) and voluntary early redevelopment scheme (VERS)?

Yet his latest housing minister recently announced that the value of public housing will plummet to zero at the end of their 99 year lease. Are Lee’s new schemes an exercise in futility in retaining the value of your Housing Development Board (HDB) flat? Or do they show up the ongoing “asset enhancement” schemes as doomed and misguided? Should Singaporean homeowners feel more secure after Lee’s new promises, or more angry at the PAP’s old promises?

The problem of leasehold and large scale public housing

Poor minister Lawrence Wong, to be the bearer of bad news. It is a simple, logical, incontrovertible, uncontroversial fact that leasehold properties have zero value at the end of their lease. Not just in Singapore, but in every common law jurisdiction and then some.

Why common law? Property rights are rooted in feudalism.

Land is a limited resource, and the only people who had the right and power to own it in perpetuity were the nobility. They possess the freehold. For a reasonable price, everyone else was given time-limited and narrow permission to work the land, live on it, and in some cases, to construct approved structures on it or even buy or sell ownership of the lease to another entity. They have the leasehold, at least until the lease expires.

You may have heard the joke about death and taxes. But in law, it’s just landed property: there’s no escaping inheritance laws, tenancy laws, ground rent (aka town council service and conservancy charges in Singapore), estate duties, stamp duties, conveyancing paperwork, government guidelines and advice to homeowners on what to consider if they want to sell leasehold public housing.

The concept of inalienable land ownership and the relationship between the landlord and the tenant is inherited by the modern nation-state. But the nation-state has unique problems with leasehold, as far as large scale housing, affordable (aka subsidised) public housing, or socialised housing goes.

The nation-state, both in its industrial and late capitalist phases, is dependent on a highly urbanised workforce which can only be efficiently and affordably housed by socialised, subsidised, public housing schemes. Such sociological arguments have continued to be made even as recently as 2017 by Lynsey Hanley, a urban anthropologist studying public housing in the UK.

Building all that public housing to house the masses in an area at one go (aka urban planning, or new town planning) means that at some point down the road, all the leases start to expire at one go too. Should the state allow public housing in estate councils to age to full-term? If no, this poses an urban redevelopment problem of persuading homeowners to give up their leases. If yes, this creates a housing supply and demand shock as entire cohorts of homeowners are suddenly evicted and seek new public housing, which hopefully is available and hopefully are affordable.

The UK Ministry of Housing, Communities, and Local Government suggests 3 broad mechanisms that housing councils and owners of public homes can consider under the Leasehold Reform Act 1967 and the Leasehold Reform, Housing and Urban Development Act 1993.

a. Early lease buyback, legally enabling the landlord to reacquire public housing at a price acceptable to the leasee, which delivers the objective of regenerating estates before the death knell is tolled at the end of the 99 year lease. Under this mechanism, the question of fair compensation arises: how should the remaining lease be valued, whether the homeowner be compensated monetarily or via entitlement to new public housing, and whether the homeowner is additionally entitled to an automatic remainder of the original lease period in the new public housing, and what price they should pay.

b. The landlord could also choose not to evict the tenants at end of lease, and agree to allow the tenant to pay the same rent afterwards, while reviewing the contract periodically. This mechanism delivers the objective of smoothing the shock to the housing market.

c. Conversion to freehold, which delivers the objective of cutting the Gordian knot of the leasehold problem.

On the face of it, the UK, other common law jurisdictions, and European countries do not differ much in their prescriptions and options for an orderly turnover of mass public housing stock. But the devil’s in the details…

UK public policy preferences in the recent decades have skewed towards non-eviction and freehold conversion as the idea of socialised housing fell out of fashion. The right under Thatcher touted the mantra of home ownership and the emerging Third Way and progressive left associated mass housing projects with the excesses of the Fordist state.

But non-eviction and and freehold conversion have proved problematic. Certain council estates may charge a nominal rent as periodic lease; others may demand far more. Conversion to freehold is much worse. The freehold conversion contract typically doubles the ground rent every 10 years for the first 100 years of the lease, and it’s a scandal. The result is a housing bubble driven by speculation from both landlords seeking to privatise their housing stocks and homebuyers seeking to land a future-freehold.

The Dutch model has been moving in a similar direction since the 1990s. More than a century ago, the Dutch had a highly socialised and regulated housing market where state-funded “Housing Associations” built mass public housing on a non-profit basis. Housing Associations these days operate as entrepreneurial entities offering upmarket housing to middle class households. Sort of like how the HDB builds and sells BTOs, and prevents homeowners from buying flats too “cheap” for their income level. Like in Singapore, Dutch policymakers felt the middle class should pay middle class prices for socialised quality public housing and allow Housing Associations to make a profit off them and for banks to finance all parties, again at a profit, because that’s a sign of progress.

The result is once again, a housing bubble driven by speculation from both landlords and homebuyers.

In both nations, land speculation is facilitated when policymakers allow landowners to impute as much of the “full value” of the land as possible in their sale to homeowners. Whether a product of a delusion or a conscious rejection of the social compact, this results in the denial of affordable mass housing as a necessary social good, which by definition is only possible when leasehold fees are significantly below ground rent.

So what do HIP 2 and VERS fix and not fix?

The voluntary early redevelopment scheme (VERS) is a similar concept to the early lease buyback mechanism in the UK and Netherlands, so we’ll give the prime minister a provisional pass until more details are released over the next 10 years. That’s specifically for the leasehold expiry and urban redevelopment problem. 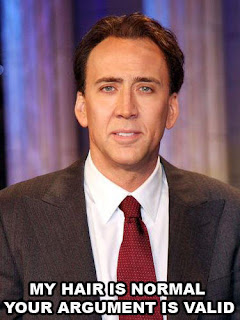 And once again, the devil is in the details. Under this mechanism, the question of fair compensation arises: how should the remaining lease be valued, whether the homeowner be compensated monetarily or via entitlement to new public housing, and whether the homeowner is additionally entitled to an automatic remainder of the original lease period in the new public housing, and what price they should pay.

Combing through housing policy literature, no peer-reviewed, credible policy expert has ever recommended a “home improvement plan” in any policy recommendation paper for ageing public housing near the end of their lease. Even the anti-neoliberal Singapore Democratic Party points out a couple of howlers with Lee’s entire HIP 2 scheme:

How logical is it to have your flats upgraded through HIP II and then 10 years later sell the flat through VERS? Isn’t this a monunental mishandling of public resources and funds? 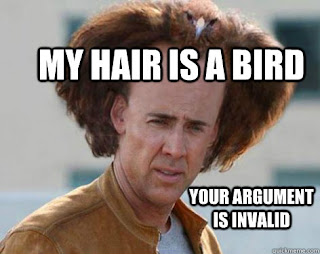 Indeed, how would the government sell homeowners the idea they have to co-pay for a second round of home improvements in your flat, 10 years before Lawrence Wong deems it to start falling off a cliff towards zero value? Will the HDB be forced to make an artificial valuation on public housing that has undergone HIP 2? Will the open housing market undervalue HIP 2, because of Lawrence Wong? Or will the open housing market overvalue HIP 2, because Lee insists that it help retain keep home value in defiance of basic economics?
Can we blame all this on the late Lee Kuan Yew?
“Don’t sell your flat; its value will keep growing. HDB flat owners should not sell their flats, as they are assets that will appreciate in value year after year.” — Lee Kuan Yew at a Tanjong Pagar constituency event, as reported by The New Paper on 14 November 2010

As a liberal example of Living with Myths in Singapore, Mr Lee’s one-off remarks in  an obscure grassroots event in 2010 has been taken by anti-People’s Action Party malcontents as a serious promise made to all Singaporean homeowners, who were all economics illiterates scammed into buying snake oil. Their incredible historical revisionism goes as far as to accuse the PAP of always having made the promise that housing prices would increase every year, since the beginning of their inception.

Now in 2010, what had happened was the electorate sending clear signals that they were tired of election promises to tie precinct upgrading with a strong PAP victory. I believe this was openly and widely referred to as the “upgrading carrot“. The PAP promise was never “your flats will always rise in value”, it was more of “vote for me and I’ll find ways to make your flats rise in value”. Upgrading promises like this were more of Goh Chok Tong’s kinder, gentler approach to winning votes, not the late Mr Lee’s.

That’s basically the same playbook as the Dutch public housing bubble we mentioned earlier… with the addition of the PAP’s attempt to create a patron-client relationship with the emerging middle class in the 1990s. And remember, in that formerly social-liberal European society, it was a vote-winner too.

And like the Dutch experience, Singapore’s experiment with desocialising public housing has led to an unsustainable speculative housing market. The guaranteed rise in housing prices means that you make a profit from your flat, but your children will find their flats far more expensive and harder to finance than you ever did. The profits are purely illusory: asset enhancement schemes have merely funded a generational wealth transfer from the young to the old.

And that is a question quite separate from expiring leasehold and much larger than expiring leasehold, which will not be solved until the state has the will to resocialise public housing. And also quite separate from Singapore’s achievement of providing public housing for over 80% of its residential population, all within a decade of its independence.

This article first appeared on the author’s blog. It has been re-published with permission.