Home News Featured News Is the octagonal shape of the $1 coin and road tax label...

Is the octagonal shape of the $1 coin and road tax label linked to Lee Kuan Yew’s strong belief in feng shui? 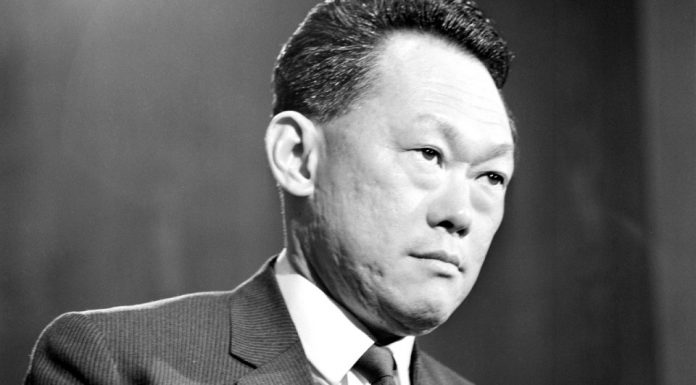 Fresh allegations that the shape of certain government-issued items in Singapore is linked to Singapore’s first Prime Minister, the late Lee Kuan Yew’s allegedly strong belief in feng shui has been circulating online.

Such allegations are not new and have been floating about for years now but a blog post that has condensed all of the supposed anecdotal evidence to support this theory has caused the allegations to make a comeback after it was recently shared on social media.

The allegations all have one thing in common: that Lee Kuan Yew was a deeply superstitious man who was very particular about Chinese geomancy – or man’s balance with nature. He supposedly believed that there is a particular time and day to inaugurate events, a specific colour of dress to wear during functions.

It is also believed that Lee would seek the advice of his “feng shui mentor” – a famous Venerable – whenever he had to make an important decision.

The blog, Hungzai.com, alleges that it is the advice of this monk that led Lee Kuan Yew to order that the shape of the $1 dollar coin be octagonal, so that the bad feng shui of MRT tunnelling work could be circumvented:

“The one-dollar coin came into circulation at the time of the MRT construction on the island (check the date if you don’t believe me). The story goes that the Venerable had advised Lee that MRT tunnelling work would be bad for the feng shui of the island, its prosperity, etc. Firm however on pushing ahead with the project, Lee asked if there was anything that could be done to circumvent the bad feng shui. “Yes”, replied the Venerable, “but it may be impossible to implement”.

“Said Lee to the Venerable – please speak. The Venerable then said that EVERY household on this island must have or must display a ‘pak kwa’ or symbolic octagonal (8-sided) object. Oh no, there would definitely be racial riots. How could Lee force every household to have a ‘pak kwa’ then at home? Said the wise Lee – I have an idea. I know how to make EVERYBODY like to have as many ‘pak kwas’ as possible and so, our one-dollar coin was born.”

The blog also asserted that the octagonal road tax label was also instated after the Venerable advised Lee that the bad feng shui caused by MRT tunneling works may not be circumvented if those carrying an octagonal shaped item failed to display it:

“But then, the economy didn’t do quite as well as expected after the circulation of the one-dollar coin. Remember the ’85/86 recession??

“So the Honorary Venerable was consulted again. He said that whilst the one-dollar coin did symbolise the pak kwa, it was of no use if everyone had it in his pocket and failed to DISPLAY it. So the next novel idea was born the ROAD TAX LABEL If you recall, it used to be round and now, it’s OCTAGONAL and it is DISPLAYED.”

Interestingly, the Land Transport Authority announced that it has stopped issuing physical road tax labels from 15 February 2017 and no longer requires motorists to display road tax labels on the windscreens of their vehicles.

On 7 October this year, 8 months after LTA stopped requiring the octagonal road tax label to be displayed on vehicles, the Bishan MRT tunnel became flooded in an unprecedented incident, inconveniencing close to a quarter of a million commuters.

The blog also alleged that “the monk mentioned is the ex-head of a temple. When he passed away several years ago, Bishan Park was born because his temple was not allowed to be blocked by any HDB flats.”

The monk that Lee Kuan Yew reportedly sought advice from is likely the late grandmaster
Hong Choon who served as chief abbot of the Phor Kark See Monastery from 1947 to  1990 and as the second president of the Singapore Buddhist Federation.

Hong Choon has been credited as one of the most important Buddhist figures in the history of Buddhism in Singapore.

A quick Google search shows that Lee Kuan Yew has interacted with Hong Choon on a number of occasions:

During his lifetime, however, Lee Kuan Yew rubbished such claims and even went so far as to call feng shui “utter rubbish” as can be seen in the video below (from the 3:30 mark):

This hasn’t stopped netizens from believing that the allegations have truth and from circulating such stories though.