Is Dr Thum Ping Tjin a traitor to Singapore? 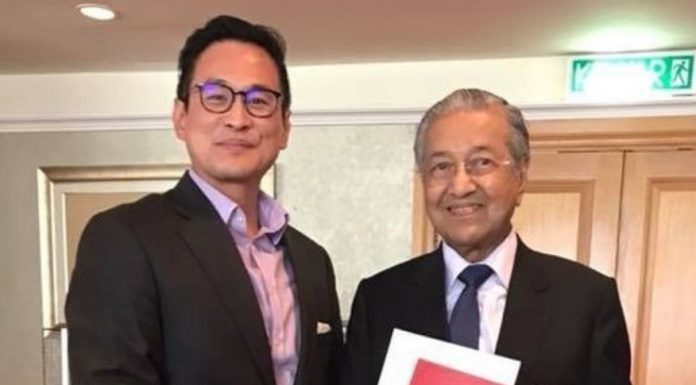 Almost two weeks ago, Singapore historian Dr Thum Ping Tjin, together with Sonny Liew, Kirsten Han, and Jolovan Wham, met with Malaysian prime minister Dr Mahathir in Kuala Lumpur. His Facebook photo and description of the meeting and subsequent exchanges with law minister K Shanmugam and MP Seah Kian Peng have resulted in very serious accusations that the good Doctor is a traitor.

Did Dr Thum invite Mahathir to interfere in Singapore’s domestic politics, as minister Shanmugam alleged? Does Dr Thum wish ill on Singapore, as Mr Seah suggested? Does Dr Thum have an agenda, however nostalgic, misguided, or delusional, for a Malayan union? Is this treason? Or are the minister and MP irresponsible and inflammatory, as Thum accuses?

This was Dr Thum’s initial post on social media. At face value, it looks like a publicity coup: revisionist historian meets conservative reformist prime minister!. But as the backlash initiated by Seah and Shanmugan intensifies, a different narrative (or perhaps a fuller clarification) emerges from Thum’s New Narrative colleagues.

Kirsten Han provides the context in two posts on her website for Dr Thum’s photo op:

1. No, Dr Thum didn’t meet Dr Mahathir alone. He was accompanied by Kirsten, Jolovan, Sonny, as well as Singapore exile Tan Wah Piow and former Malaysian exile Hishamuddin Rais.
2. Tan Wah Piow and Hishamuddin Rais were the ones who invited Dr Mahathir to an upcoming “Forces for the Renewal of Southeast Asia” conference. In fact, Hishamuddin was the organiser of the meeting.
3. Thum, Han, Wham, and Liew “are not part of Forces for the Renewal of Southeast Asia, nor are we involved in the organising of the conference”.
4. They did not “attend this meeting as a collective, but as a group of individuals”.
5. Dr Mahathir proved during much of the exploratory meeting that he was still a social conservative. This is a point that Jolovan Wham also makes.

Sonny Liew states that the press alert and press conference following the meeting was initiated by Hishammudin and took the group by surprise. And alleges that there are perhaps known and unknown agendas everywhere.

Yet this Rashomon story feels incomplete. More clarifications are needed, lest Thum et al. should be accused of being parsimonious with the truth.

1. Who invited the 4 individuals? When was the invitation sent?
2. Why were the 4 of them invited?
3. Why did the 4 individuals think they were all invited, if they claim they were not invited as a group, nor did they act as a group?
4. Why did Thum even claim he urged Dr Mahathir to champion democracy and so on, which just so happens to be the objective of Tan Wah Piow and Hishammudin’s group, and it was allegedly Tan and Rais’s group that is doing the urging? Why did Thum make the same claim, if the 4 individuals are not members of this mysterious group headed by Tan Wah Piow and Hishammudin Rais, and have not been invited to speak at the upcoming conference?

Not a publicity coup, but a failed publicity stunt?

If we take the 4 individuals’ protestations and Rashomon story at face value, it appears that this was a publicity stunt by Dr Thum that has backfired. More specifically, the publicity-seeking celebrity Second Doctor incarnation that was identified earlier on this blog. Dr Thum made an outrageous claim which has been either contradicted or not corroborated by all 3 other members of his not-a-group.

But what of the accusations and allegations of high treason? Are they not also a publicity stunt that has backfired?

Jolovan Wham argues that Singapore is a participating member of several United Nations conferences where social activists such as himself openly lobby foreign diplomats. The diplomats in turn may choose to lobby Singapore’s leaders on their human rights policies, and our leaders may in turn choose to “note” the feedback or agree to tweak our policies and laws. One such mechanism that Shanmugam and our activists have attended is the Human Rights Council’s Universal Periodic Review.

The argument goes that to accuse the 4 individuals of treason and inviting foreign interference for their meeting with Dr Mahathir and for Thum’s wording in his post is either hypocritical or self-serving. Some partisans might go so far as to call minister Shanmugam to put his words into practice: if he is serious about his allegations, then as a matter of his principle alone, Singapore should denounce the Human Rights Council for allowing our activists to collaborate with foreign diplomats to influence domestic policy, and withdraw from the council altogether.

We at Illusio would argue that the 4 individuals on one hand, and K Shanmugam and Mr Seah on the other, have both indeed botched their respective publicity stunts, but not for the reasons both sides have stated.

A case of political illiteracy?

Students of realpolitik would laugh off both the Gang of Four and the Gang of Two’s public squabble as silly antics. “Don’t they know how politics, or even international diplomacy works?”, they’d ask. “Are these people all politically illiterate?!” 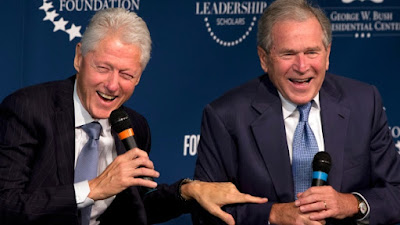 Even if the conservative Dr Mahathir should one day wake up and decide that he’s in fact a liberal and enact an interventionist foreign policy, he’s not going to “interfere” in any country’s politics the way Shanmugam and Seah hope politically illiterate Singaporeans would think. That’s not how international diplomacy is conducted. Faceless career bureaucrats and diplomats are just going to politely and candidly raise issues and viewpoints (often behind closed doors), not demand specific changes to actual policies and laws.

In fact, this is what Jolovan Wham neglects to tell his readers on FaceBook: even at open and public events like the UNHRC’s Universal Periodic Review, the norm is for foreign diplomats to make bland, inspirational statements on the human rights policy of Singapore. Because nothing here is on the level of outrage that’s happening, say in Rakhine, Tibet, and East Turkestan.

Students of realpolitik may argue that this little “scandal” is indicative of the widespread political illiteracy in Singapore, of how easily it is for the government to confuse lobbying for political interference and for activists to expect lobbying foreign leaders to result in any policy change. 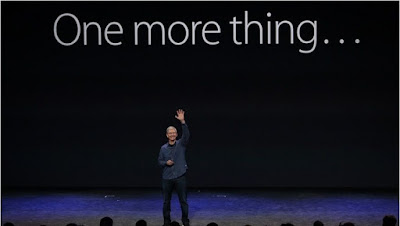 There is however a legitimate concern, a security concern regarding the 4 individuals’ meeting with Dr Mahathir. We at Illusio note that the meeting was not between 5 people, but included and appear to be organised by Messrs Tan Wah Piow and Hishamuddin Rais.

Mr Tan was infamously fingered by the organs of the state as the mastermind behind the “Marxist Conspiracy” in 1987 to subvert the state. While Mr Tan’s alleged compatriots have been politically rehabilitated, Mr Tan remains an exile on the run. His case is not closed. Mr Rais appears to be a contemporary of Mr Tan. As Malaysiakini puts it, Rais was a fiery radical leftist in his university days. It calls him Malaysia’s Che Guevara. You know, that violent and murderous revolutionary Che Guevara, who also sent the gays to concentration camps. Not only that: Hishamuddin has been jailed at least 5 times, and detained under the ISA once (with the detention overturned by the High Court).

Why have Tan Wah Piow and Hishamuddin Rais teamed up? What is their agenda? Why have they chosen to allegedly incorporate the 4 individuals (or at least Liew, Han, and Wham) without their knowledge or permission?

That K Shanmugam and Mr Seah did not do so is a matter of concern. Especially when the minister has gone through such lengths to attack Dr Thum’s public pronouncement that Operation Coldstore and Operation Spectrum were fake news operations. Perhaps this is an indication of the competence issue that arises in a population where political literacy has been bred out of it for generations. Perhaps the accusations that were actually made instead are an indication of political cynicism in Singapore’s political leadership. Or perhaps, as Prof Chua Beng-huat suggests elsewhere, the Minilee administration is embarrassed to even speak about Operation Spectrum, for fear that reminding people of an indefensible operation would diminish government credibility, and seeks to make it politically irrelevant.

That this entire brouhaha happened the way it did, despite the very real and present dangers the meeting involves, bodes ill for Singapore.

This article first appeared on the author’s website. It has been re-published with permission.Follow us on Social Media